Did you know that 60 million Americans suffer from IBS? Today I want to share 7 root causes of IBS.

IBS stands for irritable bowel syndrome. And it’s a collection of symptoms with an origin that cannot be identified.

It’s also a condition where, if you have it, your doctor or someone else has likely said to you,

First, I want to give you some validation for your thoughts and feelings today.

These three words are frustrating to hear, also not accurate.

So no, no it’s “not just IBS.” And you can stand confident in knowing that.

They say “when everything else” has been ruled out, IBS is the diagnosis given.

I don’t buy the fact that everything else had truly been ruled out. Standard blood tests for Celiac and even getting scoped via a Colonoscopy and/or Endoscopy still might not find some of the root causes to IBS.

So unless everything else has been truly exhausted, keep fighting the good fight. You’re worth it.

(All 7 of these were taken from the Gut Health Intensive at the Institute for Integrative Nutrition.) 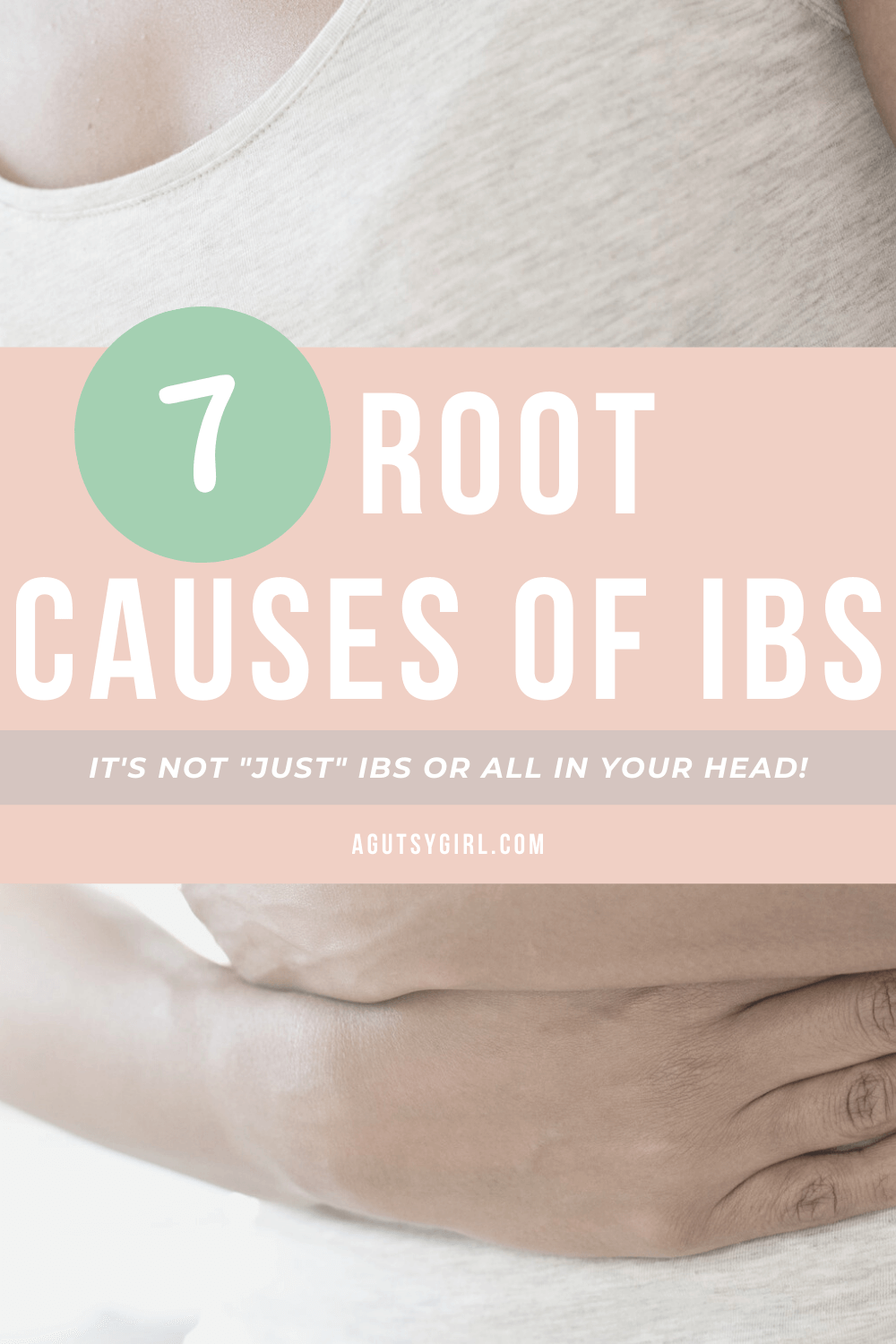 Below are the 7 root causes of IBS. I’ve written about almost all of them so below the short statement found for each will be extra resources and articles I’ve written if you want to dig deeper.

And here’s the truth, “magically” signs and symptoms disappear one-by-one when a real diagnosis is made, and healing protocol is implemented.

But here’s another truth: Many of the above go hand-in-hand.

Sometimes they will go hand-in-hand and are coupled with something even more severe – an autoimmune condition, Cancer, etc.

In other words, a typical timeline could go like this:

And in the end, if it is “just” IBS. Well, then I believe you. Your struggle is very real. You are not making it up, and it is not “all in your head.”

Those of you who are constantly and consistently being told these lies…..you are the women I adore helping most.

Because nothing is ever “just.” And I will fight for that and for you until the day I die. I believe you can (and should) get started on your gut healing journey today.