All 8 SIBO signs and symptoms were present in my life whenever SIBO was active.

Instead of kicking them in the a#$ immediately, I ignored it because I didn’t want it to be true.

Thus, my SIBO fully relapsed because guess what? That’s not how life works. We can’t just put a mask over something, anything, and expect that somehow it’s just magically going to disappear.

If you do a Google search, you’ll easily find SIBO signs and symptoms.

I’m sharing them with you today, but I also want to share my own, personal symptoms to make it more real life. I find too often that almost every single condition out there has the same set of standard symptoms, but those who live with the conditions can give far more insight into them than a book or medical list can. 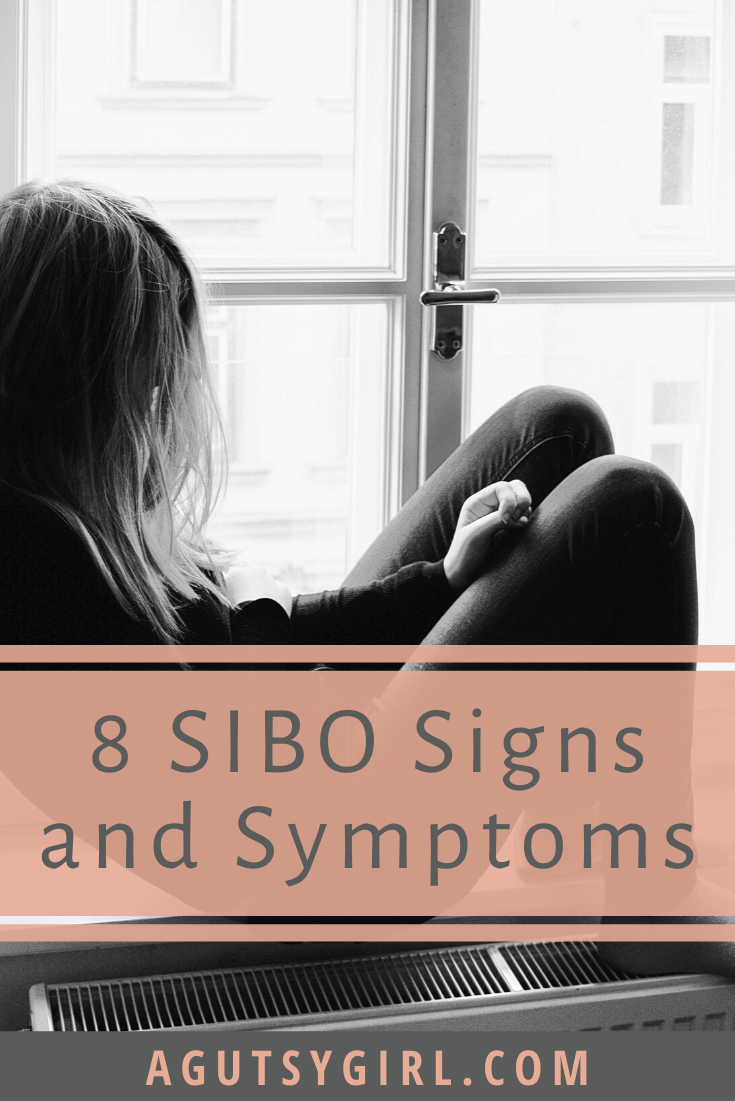 Here is a list of SIBO signs and symptoms you would likely find online.

And here is how I personally knew I was on the verge of a full relapse plus the SIBO signs and symptoms that accompanied it. 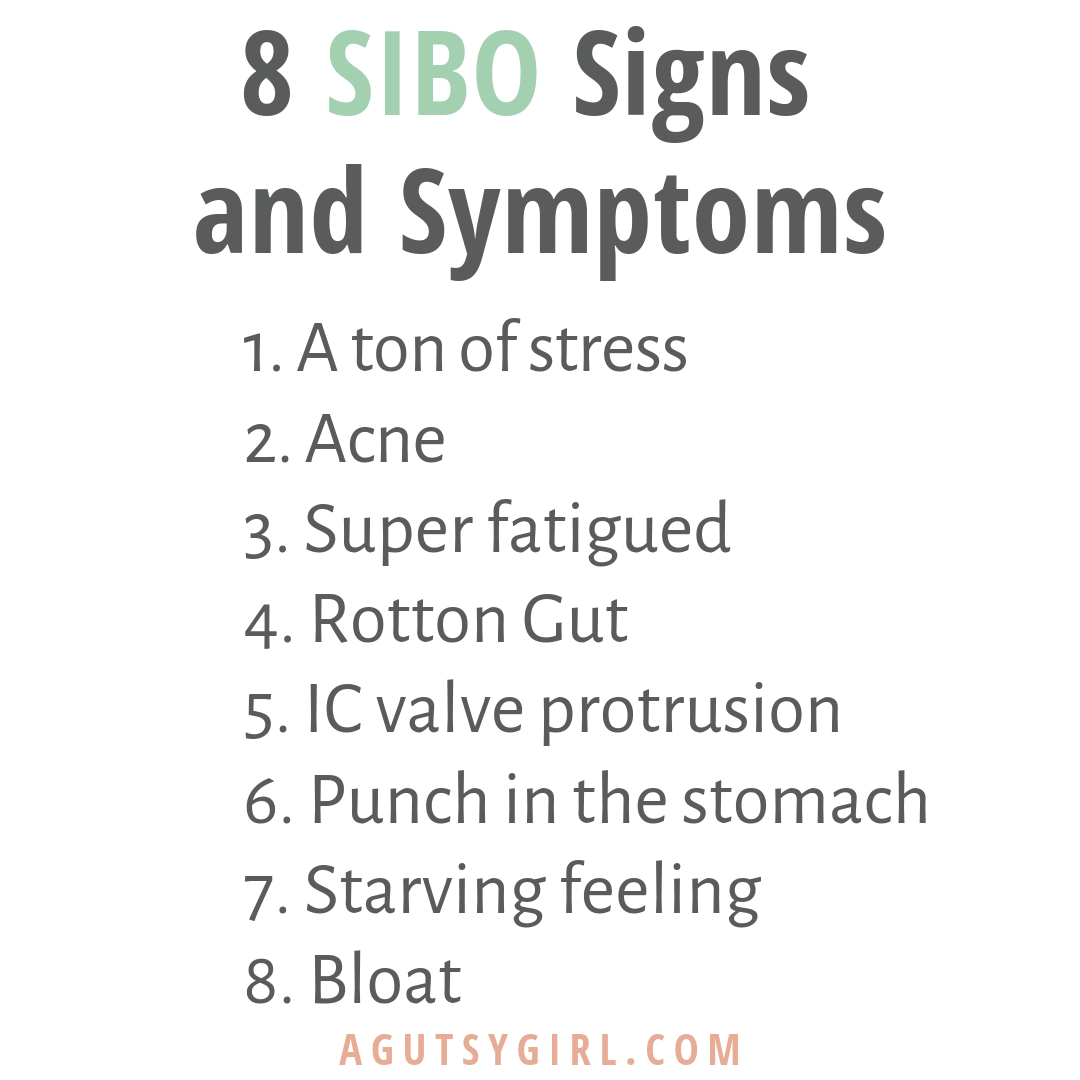 That lingering health issue? Seriously. Don’t let it linger. I PROMISE on my life that it’s not going to get better if you don’t address it because nothing changes if nothing changes.

Wondering what I did? Check out 28 Things to Do During a SIBO Flare Up.

Today I am healed, and it’s incredible!

Here are two resources to help get you started with more answers:

If you’re looking for more help and getting started today on a gut healing and health journey, check out: 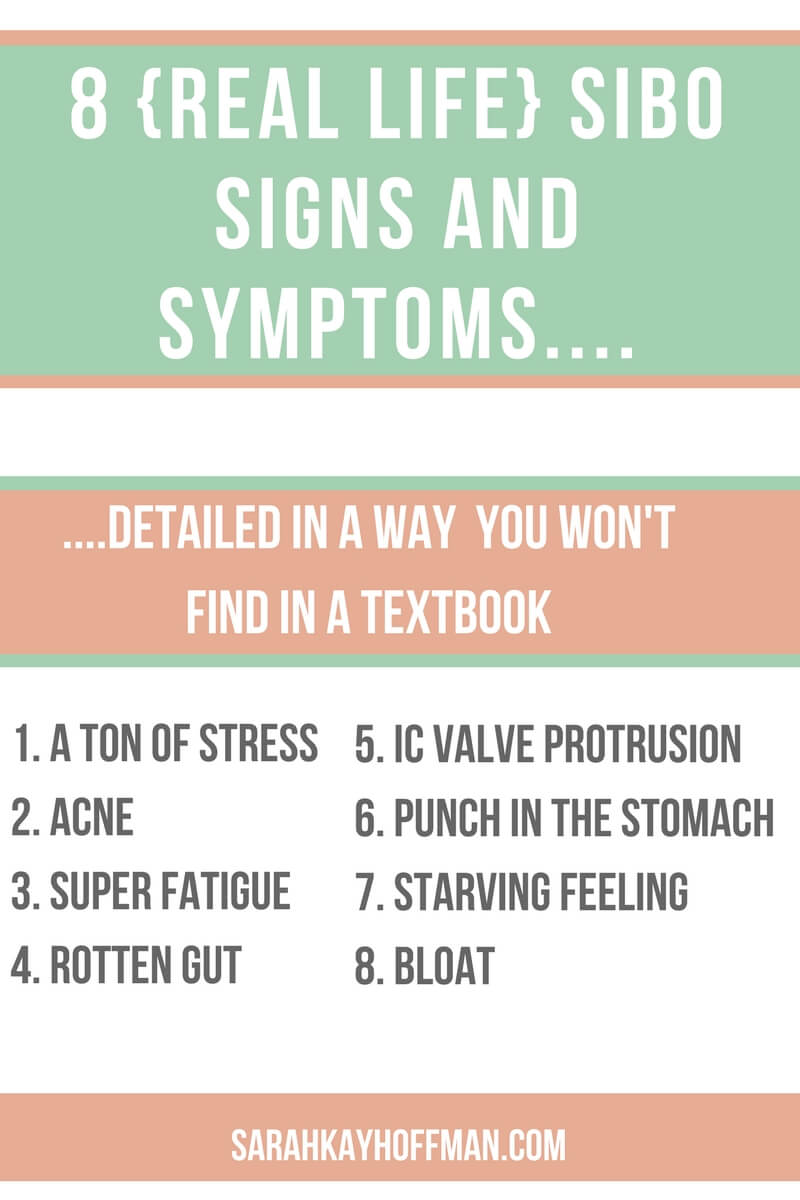 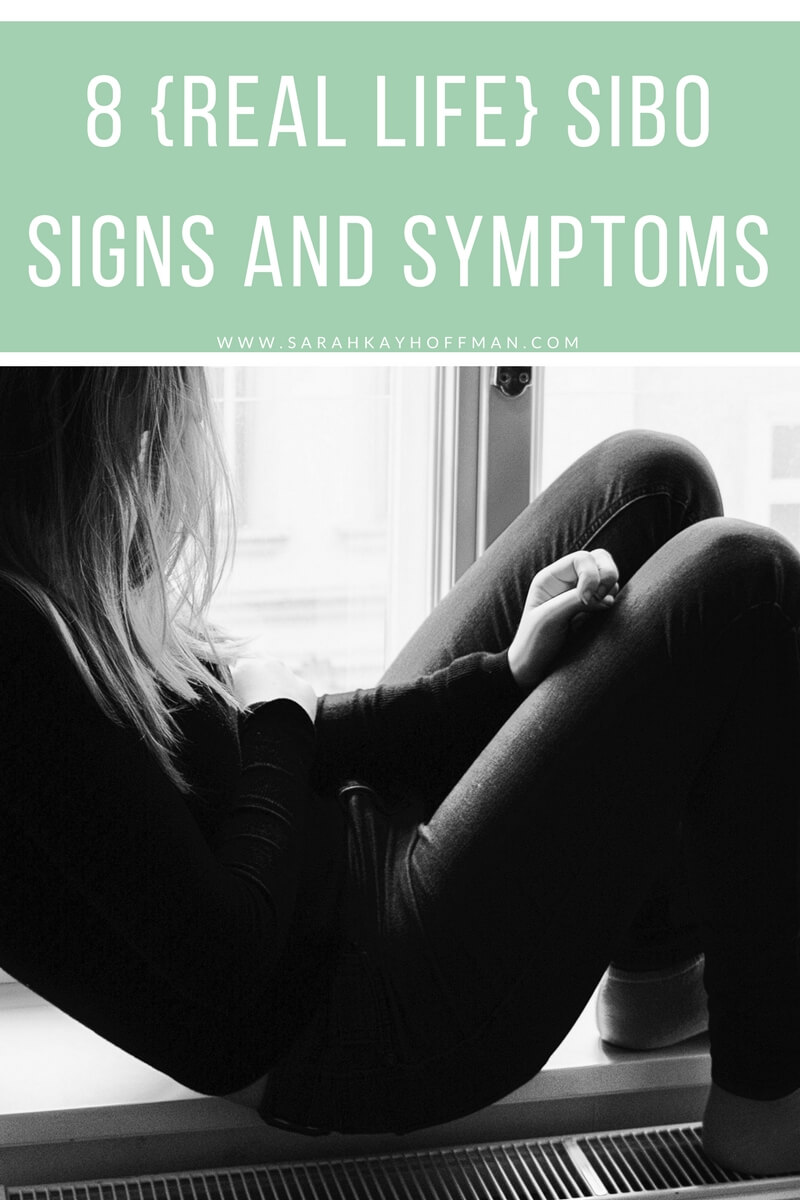