Raise your hand if you’ve joined the free A Gutsy Girl’s Virtual Book Club. Okay, here we are – ready to dive in with The Importance of Your Gut from Healthy Gut, Healthy You.

The book is broken down into five parts, so today we are discussing Part 1: The Importance of Your Gut. Part 1 contained 5 chapters.

I wasn’t sure how I wanted to construct the Virtual Book Club posts, but I think it makes most sense for this book to simply go through chapter-by-chapter (in each part) and highlight the things I highlighted.

The Importance of Your Gut 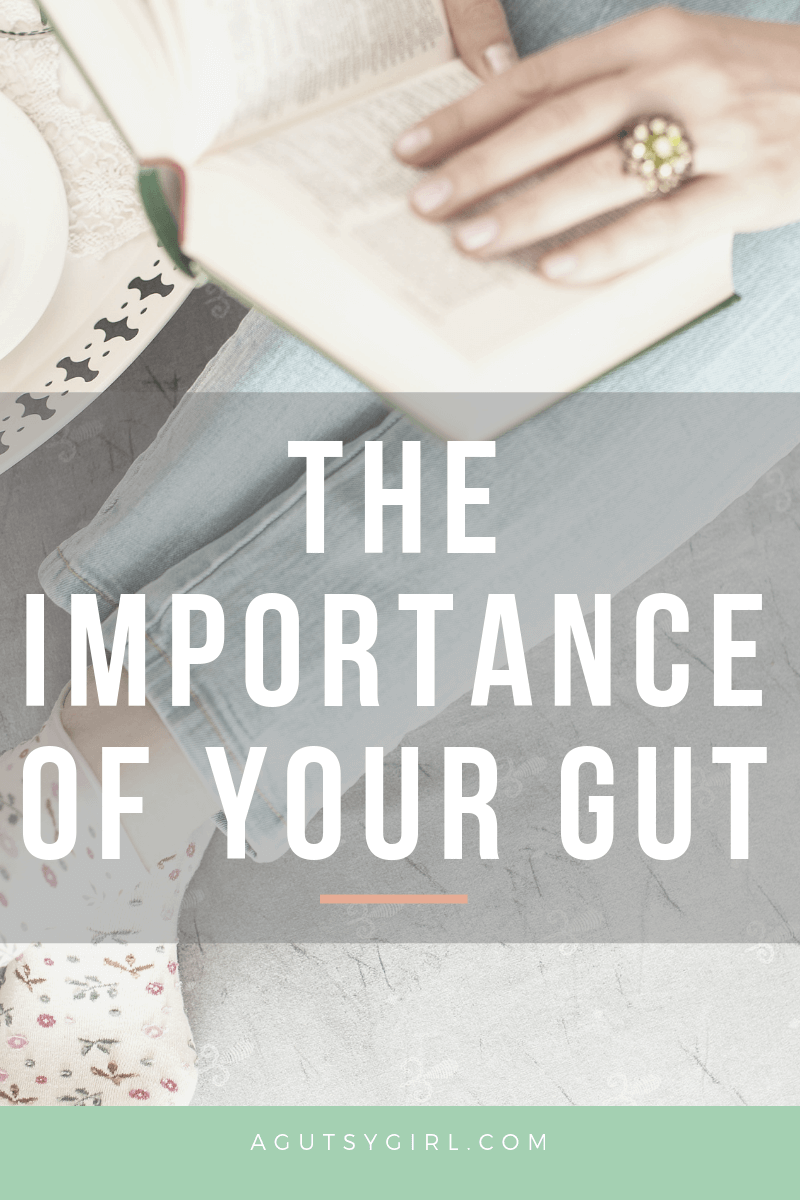 Remember, all information below – quoted from the book – is from the book Healthy Gut, Healthy You. Grab it! You will not regret it!

Remember when we discussed the Microbiome? To coincide with many things I said, Dr. Ruscio gives the following 14 things as consequences of the western “too clean” environment: 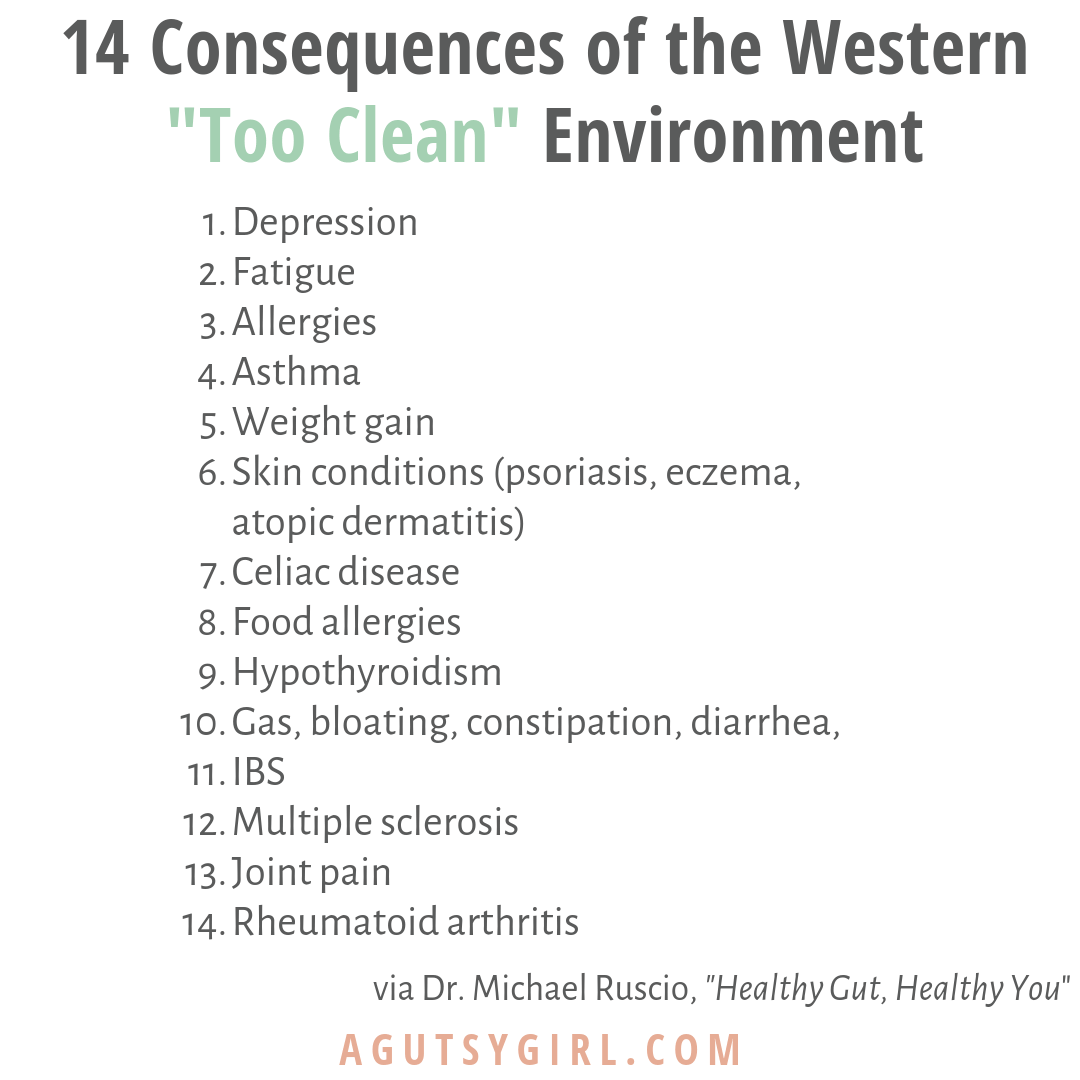 He states, “Did you know that the occurrence of many conditions associated with Western society is greatly decreased in people who grow up on animal farms?”

And in an intro conclusion, Dr. Ruscio makes note, “It’s not uncommon for someone to overlook a problem in the gut as the true cause of his or her health ailments because the symptoms resemble something else, such as hormone imbalance, toxicity, or adrenal fatigue. 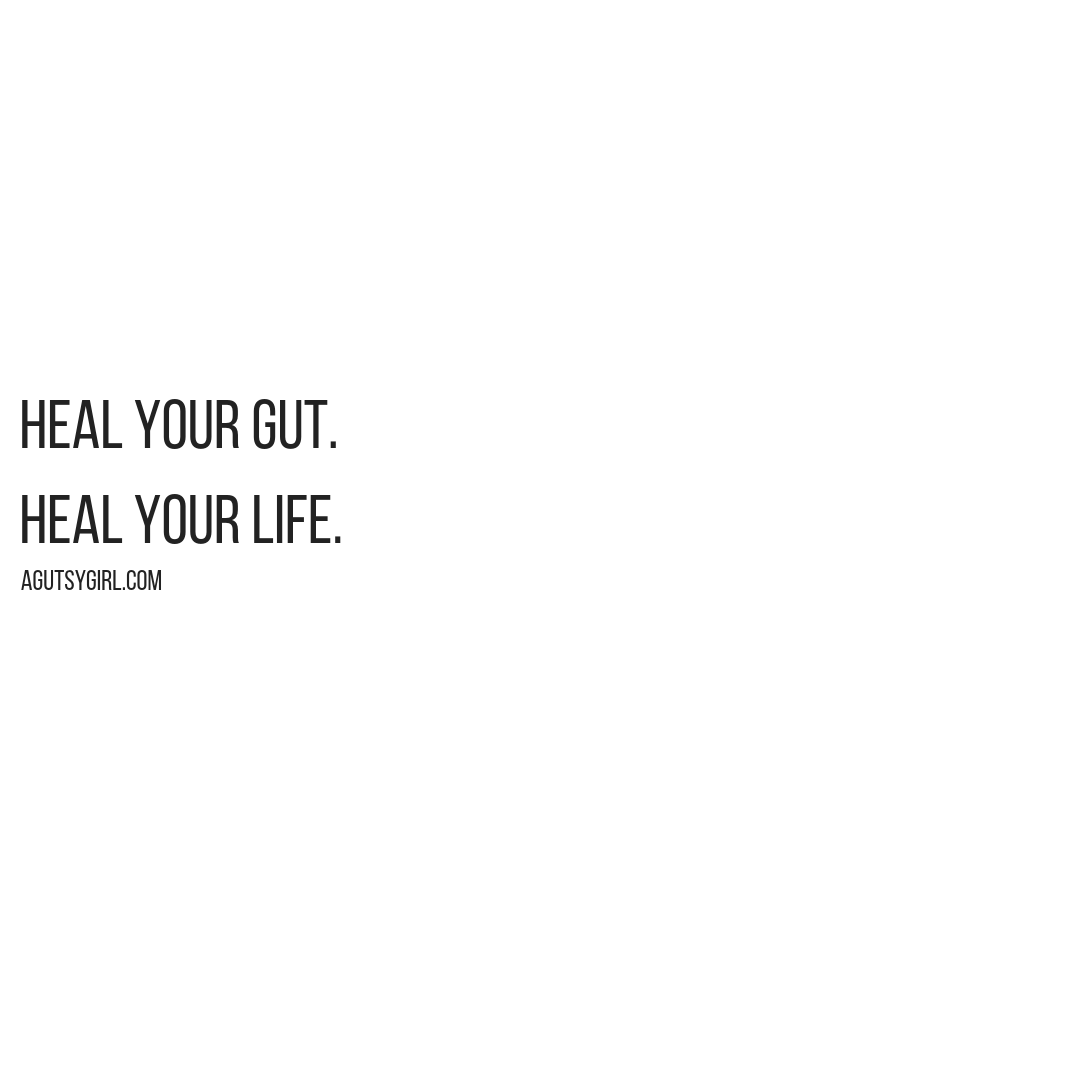 In this chapter, various different connections are made, written about, and supported:

I have written about many of those as well, but I’m also living proof of their connection. Other things from the chapter that I found interesting include:

Those of you with SIBO (or suspect you may have it), will really enjoy this chapter! He starts it off by stating, “Bacterial overgrowths in the small intestine may contribute to hypothryroidism, celiac disease, and IBS.”

Some points from the chapter that I highlighted include: 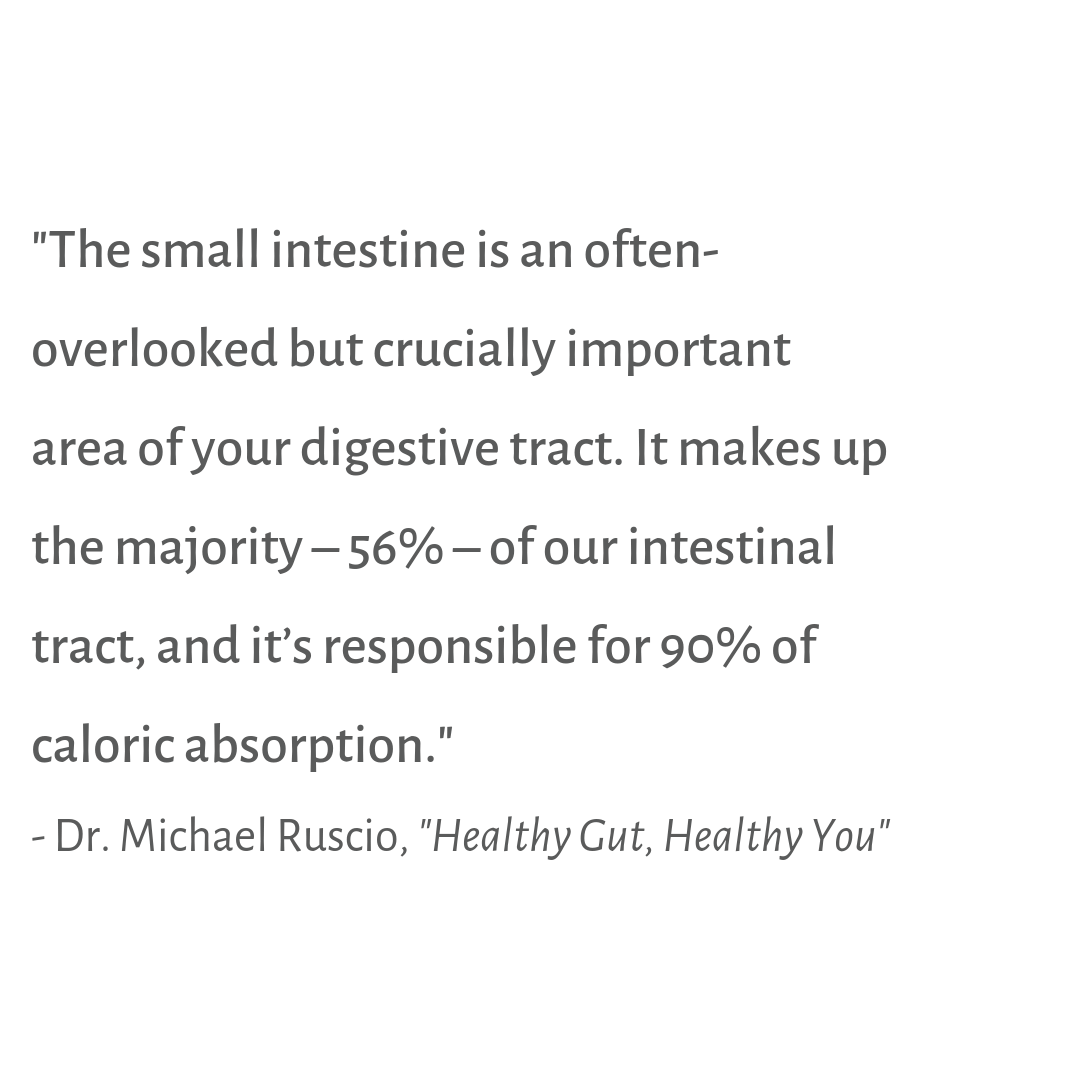 Chapter 3: All Guts Are Not the Same

I loved this chapter so much because the main idea was that we cannot try to replicate another culture’s or population’s diet or microbiota if we are not in that culture or population.

There is this idea out there that if we “eat like the French,” we’ll stay thin like the French. Or if we live off meat and fat we, too, can thrive as the Eskimos thrive. And then of course there is the Caveman approach – hunter-gatherer – it’s what our ancestors did, so it must be optimal for us all, right?

All of the above is wrong, but could be right, depending on your current circumstances (but let’s be honest, 98% of us do not fall into any of those scenarios above).

More points from the chapter that I highlighted:

Chapter 4: How to Evaluate Health Recommendations

Dr. Ruscio states that there are three ways to avoid confusion in the dietary-health controversy:

One other interesting things from the chapter included:

Chapter 5: How Early Life and Environment Impact Your Gut and Immune System

“This is because the world of bacteria that will be with you the rest of your life (your gut microbiota) develops to a large extent by the second to third year of life.”

Love this, but maybe it’s because I’ve been researching (+ have my own) Gutsy Children for quite some time now.

Here were some of the things I highlighted in this chapter: 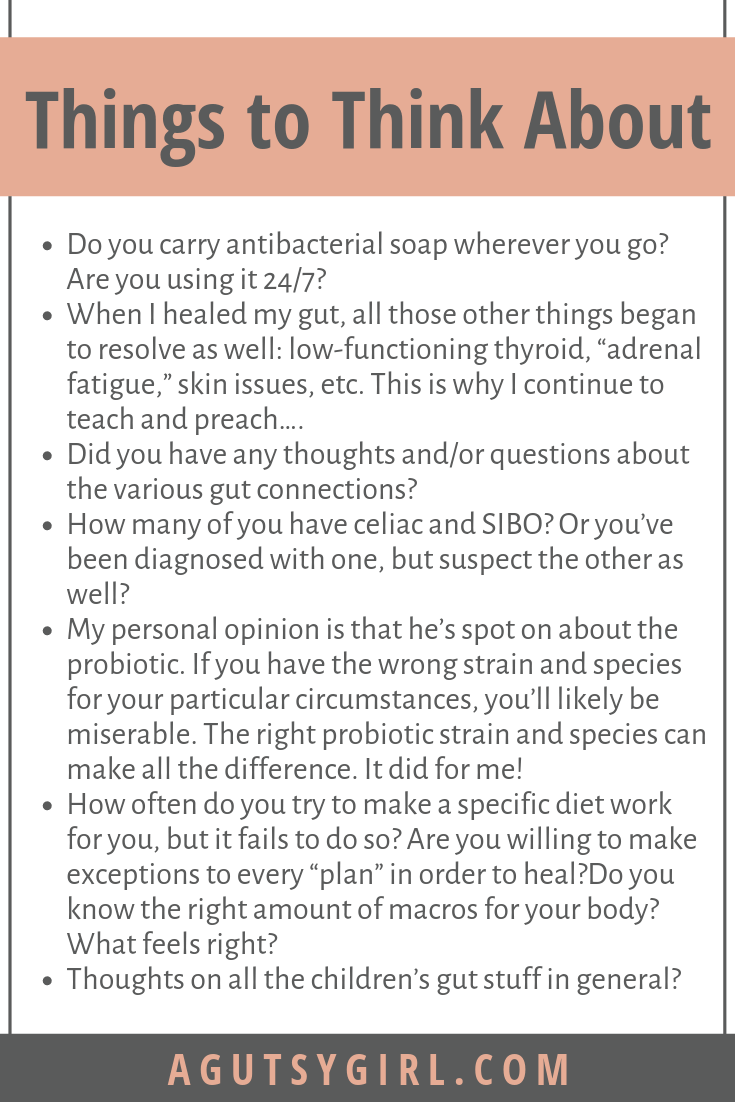 Alright, let’s move on to Part 2: Diet for Optimum Gut Health. I’ll see you back here for that part on Thursday, August 1. Summer is a busy time for everyone, and I want to make sure you have the time to get through those chapters.

Let’s chat below via the comments. If you’re ready to join us, grab Healthy Gut, Healthy You, and dive in.