Recently, I’ve been getting this question a lot, “What are your thoughts on Autism in children and gut bacteria?”

I didn’t understand at first, until my brother sent me the article, “More evidence that autism is linked to gut bacteria.” Both the questions and him sending the article happened within days of each other. There was my answer as to why everyone started asking the questions.

Perhaps my favorite question was when a mother reached out asking, “Have you written at all about children’s gut health?”

Ah, why yes, I have. In fact, when I re-launched this website to 100% A Gutsy Girl, I added a tab solely for this topic, “Gutsy Children.”

Before I dive into thoughts on The Economist article, here are a couple other (recent) posts I’ve written that relate to the gut-brain axis (<- that includes autism + gut bacteria).

Autism in Children and Gut Bacteria 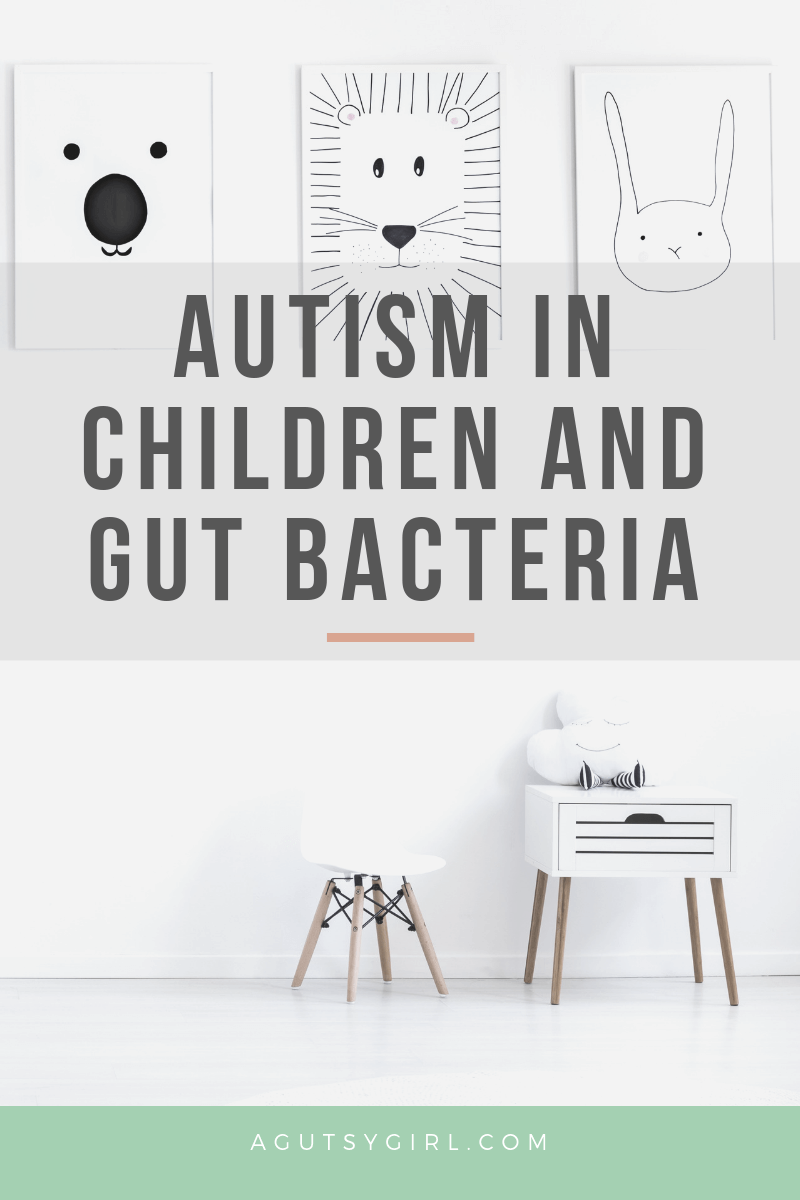 First thing’s first. Everyone wants to know this one burning question –> Do I believe that the gut-brain axis is real and that autism in children could be related in any way to gut bacteria?

A hard and firm, YES is my answer.

The conclusion of The Economist article was, “evidence (for autism) is pointing towards the bacteria of the gut. That suggestion has been reinforced by two recently published studies—one on human beings and one on laboratory rodents.”

(Side note: I am currently reading and exploring gut health with Dr. Michael Ruscio in his book Healthy Gut, Healthy You. It’s the first Virtual A Gutsy Girl Book Club book. In the first part, Importance of the Gut, he discusses how we should not only rely on animal studies, but instead many different studies to form a valid opinion. That’s what I appreciated about this article in The Economist – the conclusion came from both human beings and animals.)

Autism in Children and Gut Bacteria: Not a New Idea

This idea that there could be a connection between the gut and brain, even autism in particular, is nothing new.

People have been theorizing and studying its direct correlation for years. In fact, I first became fixated on the idea in 2009, when I first picked up Dr. Natasha’s book, “Gut and Psychology Syndrome“, which I have talked and written about in length since 2009.

The book is based on Dr. Natasha’s research around natural treatment for Autism, Dyspraxia, A.D.D., Dyslexia, A.D.H.D., Depression, and Schizophrenia. I had researched that people were healing their gut lining following the GAPS protocol, but at the time had no idea just how much I’d start learning about the gut-brain connection.

And it wasn’t only Dr. Natasha (clearly) studying this concept. There have been numerous researched publications that have come out, including (in case you want even more great reads today):

I believe that when it comes to autism in children and gut bacteria, we are only at the beginning of researching and studying the correlation. Even though people have already been doing it for years, The Economist writing about it sheds another mainstream light on it.

And this is a good thing.