SIBO, SIFO, and Candida. How are they similar? Or what differentiates them? Help is on the way. 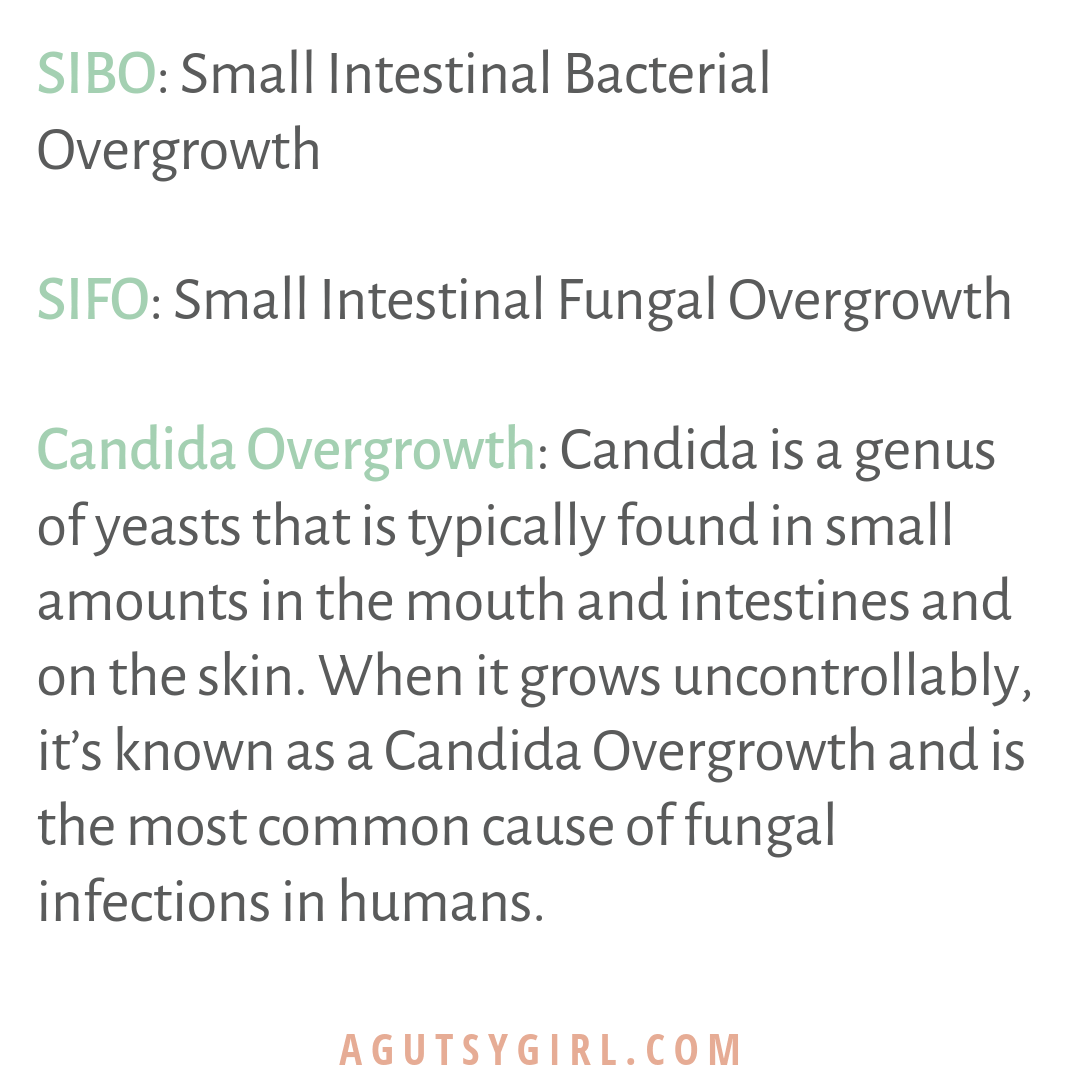 First, a quick definition for each:

Candida Overgrowth: Candida is a genus of yeasts that is typically found in small amounts in the mouth and intestines and on the skin. When it grows uncontrollably, it’s known as a Candida Overgrowth and is the most common cause of fungal infections in humans.

Still with me? Let’s break each one down.

Because I’m on a mission to massively research and produce all the content for you, I’m not going to beat this one over the head because I’ve already given you the goods. Learn:

SIFO is very similar to SIBO; the difference is a bacteria vs. yeast.

As JJ Virgin simply states it, “SIBO features a variety of bacteria, while the most common culprit with SIFO is candida yeast.”

SIFO signs and symptoms, according to JJ Virgin, are the same as those for SIBO. In fact, when studies on the two are done, the terms are used almost interchangeably SIBO/SIFO.

However, I don’t believe they are truly interchangeable terms (see below).

Unlike SIBO, there is no SIFO breath test (or test at all) currently.

Treating SIFO includes any or all of the following: berberine, oregano oil, probiotics, Fluconazole, Nystatin, SCD, Low FODMAP Diet, and/or the Elemental Diet.

Dr. Satish Rao states, “The problem of SIBO and SIFO is unfortunately man-made. I have been practicing G.I. for 25 to 30 years, and I don’t believe I’ve seen that many patients with these kinds of symptoms for a long time.”

In other words, modern diet and lifestyle have lead to the eruption of SIBO and SIFO. 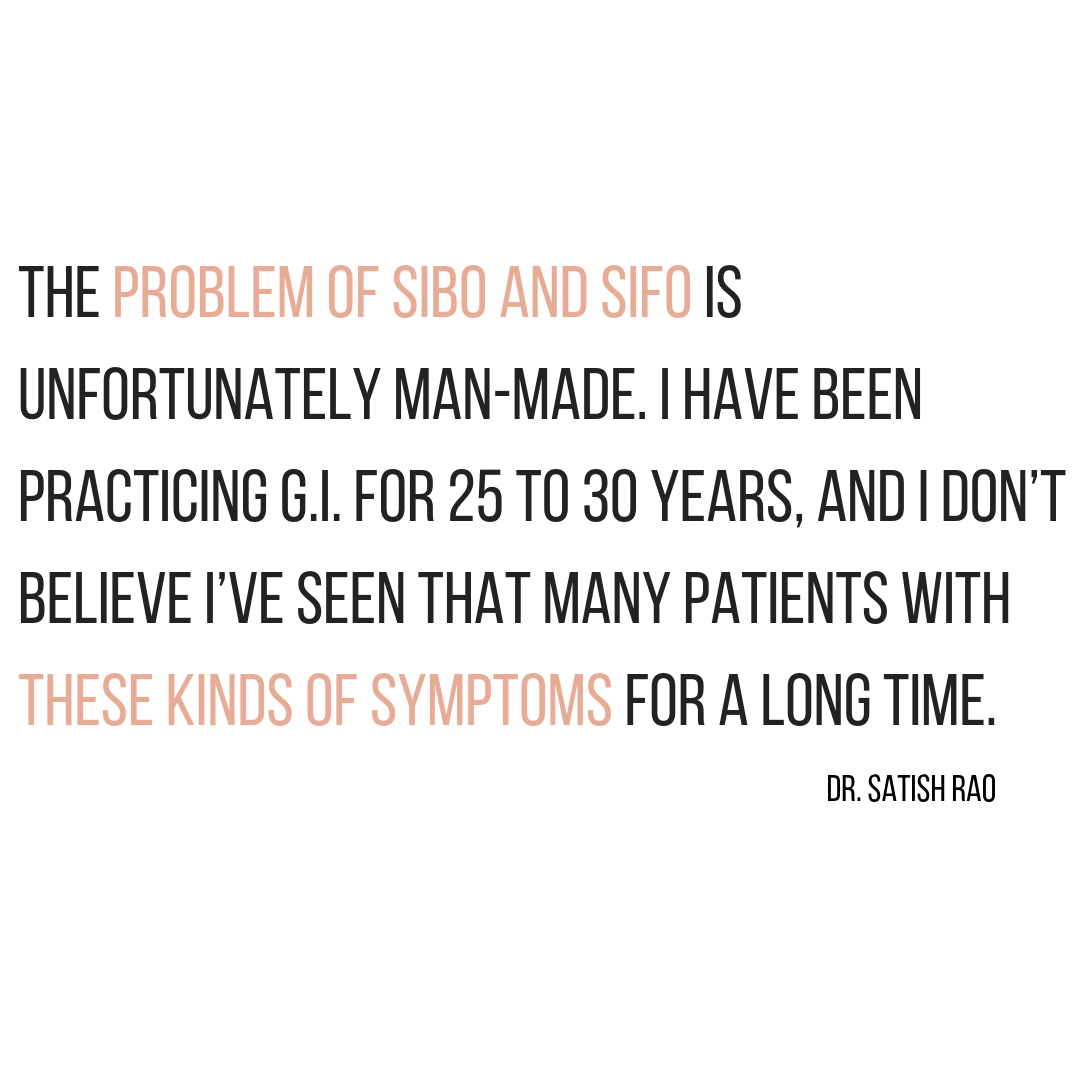 The problem with having too much yeast is that it breaks down the wall of the intestine and penetrates the bloodstream, releasing toxic byproducts into your body and causing leaky gut.

According to Dr. Amy Myers, here are the top 6 causes of a candida overgrowth: 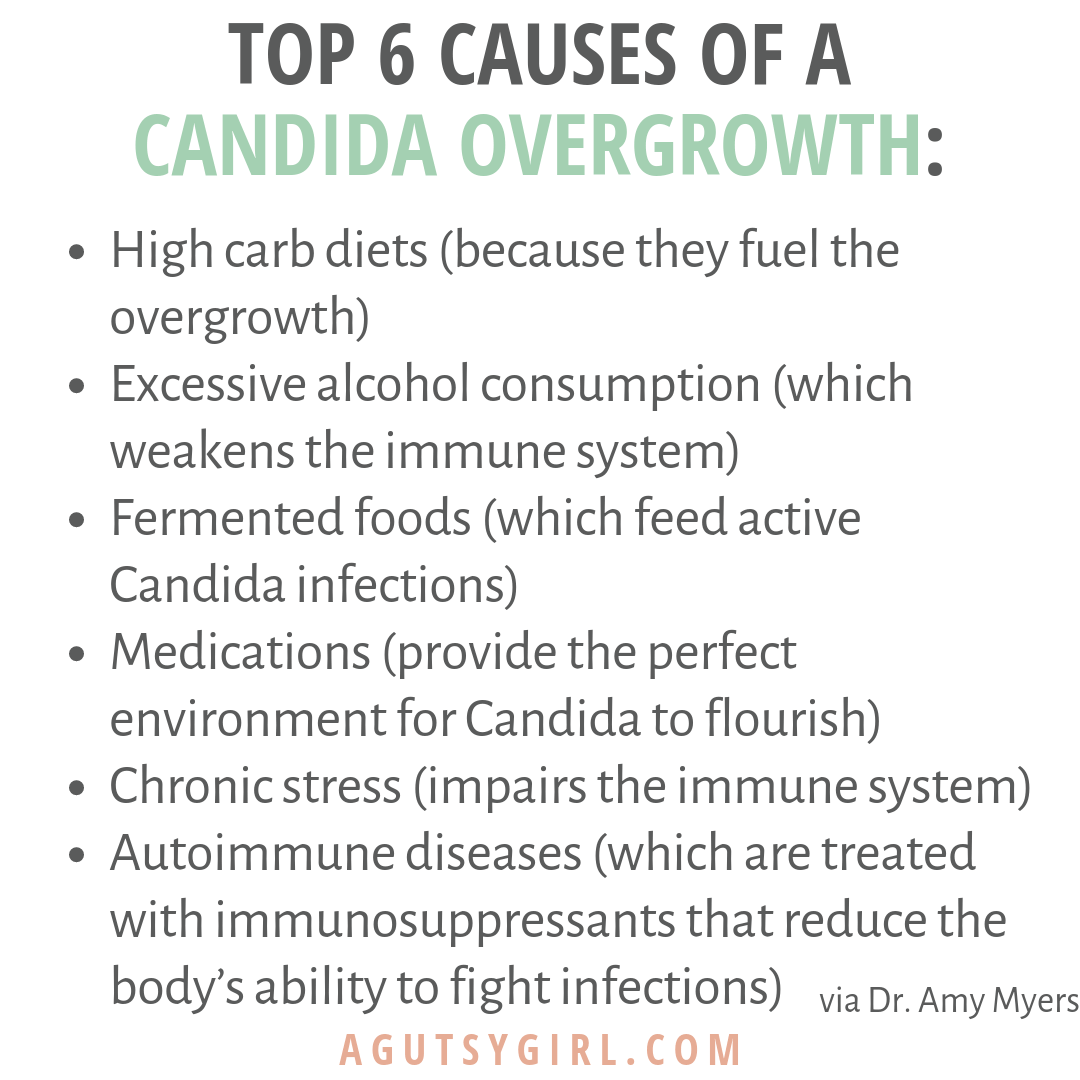 Candida overgrowth signs and symptoms include:

Are SIFO and a Candida overgrowth the same things?

Are SIFO and a Candida overgrowth the same things?

From the research I’ve done, SIFO and a Candida overgrowth can be the same thing, but they aren’t always.

SIFO is a fungal overgrowth. Candida is a type of fungus. So, sometimes (maybe even oftentimes), SIFO is caused by Candida.

However, it might also not be because there are several types of fungi found in the gastrointestinal tract. They include: 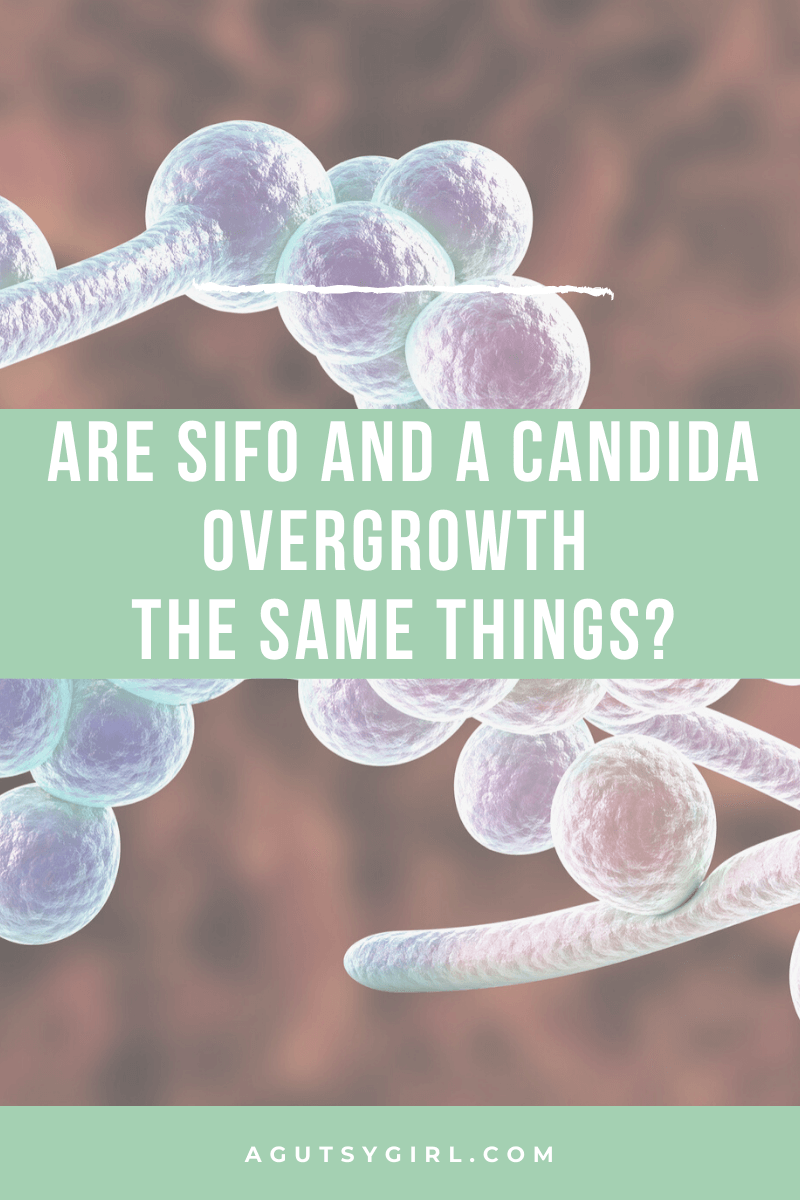 My Thoughts on SIBO, SIFO, and Candida Overgrowth

Because all three are very similar in the way they show up symptom-wise, if I didn’t know which I had, here are the exact steps I’d take:

It’s all so complicated, right?

There are so many terms, diagnostic tools, and then ways to approach healing the gut.

My best piece of advice is always three-fold:

And p.s. Know someone who could benefit from the information on A Gutsy Girl? Share this post on Facebook today or forward them the main link – agutsygirl.com.