Interested in diving into more about SIBO testing? The Buyer’s Guide to SIBO Tests is exactly what you need.

There is a page on A Gutsy Girl called Testing.

It’s full of all SIBO (and many other) testing options.

I can’t even keep track of the number of times I’ve written about SIBO on A Gutsy Girl. If you click HERE you’ll see that I have mentioned the term on 60+ pages worth of articles.

Therefore, if you want to know anything and everything about SIBO, just search it on this website.

The information in this post (leading up to testing) is just the basics.

What are SIBO Symptoms?

There are many symptoms which can be used in diagnosing if someone is affected by SIBO. These symptoms include:

Click HERE to save the Buyer’s Guide to SIBO Tests for later. 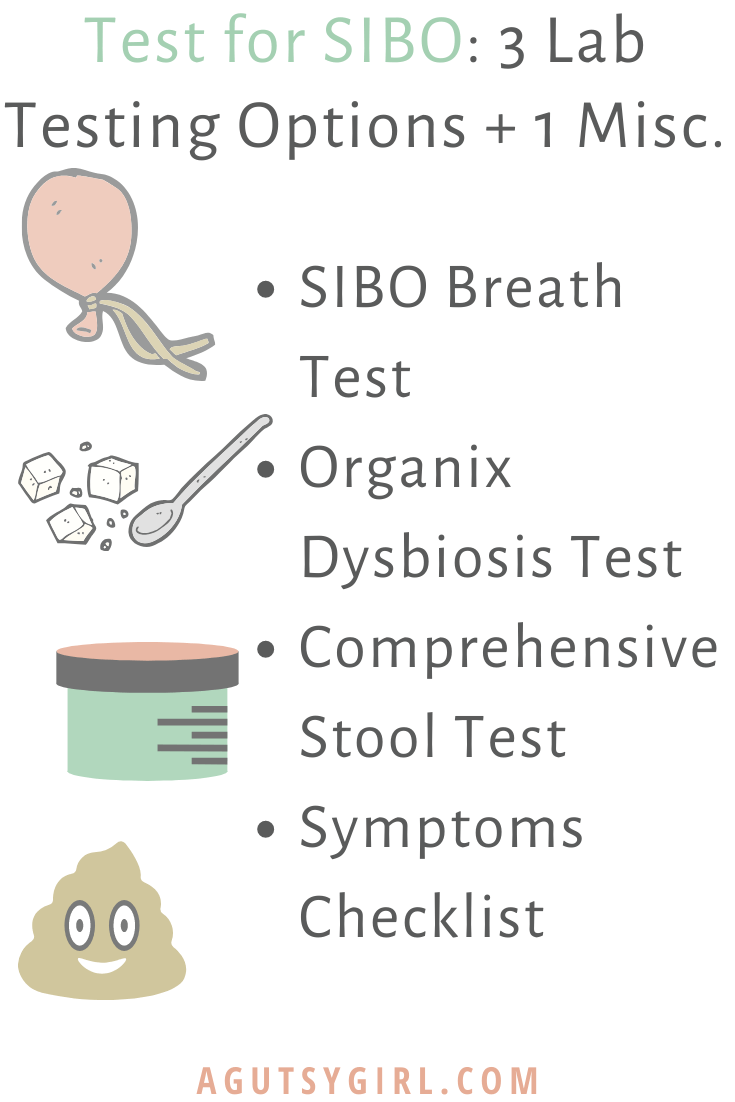 There are two main types of SIBO. Understanding this helps understand their role in testing.

Note: Remember there is also the 3rd, Hydrogen-Sulfide SIBO. I don’t believe there is currently a way to test for this, though.

When having an overgrowth of bacteria in your small intestine, the carbs you eat can ferment before they are broken down.

This fermentation process releases hydrogen as a byproduct, so people with SIBO have elevated levels of hydrogen in their GI tract.

This is why one of the most effective methods for diagnosing SIBO is testing hydrogen levels in the gut using a breath test.

However, SIBO can also cause an increase in methane levels because the hydrogen feeds single-cell organisms in your gut called archaea, which produce methane.

This can reduce the hydrogen levels which explains why there can be a false negative hydrogen test result and still have SIBO.

High methane production is associated with constipation, and patients treated for a bacterial overgrowth saw an improvement in their bowel regularity.

This is important because they respond differently to different treatment options.

What is the SIBO Breath Test?

Still the most common, the SIBO breath test determines if your SIBO is hydrogen or methane dominant. However, it can be a bit cumbersome.

You’ll need to fast for 12 hours, and breathe into a small balloon to measure the baseline levels of hydrogen and methane. Then ingest a precise amount of sugar to feed the bacteria and repeat breath samples every 15 minutes for 3 or more hours to see if levels of hydrogen or methane increase.

If the hydrogen levels are high then you likely have hydrogen-dominant SIBO. However, just because one gas is dominant doesn’t mean that only one type of gas is present. You can have both types of gas present, one is just more prevalent.

See the bottom of this post for detailed information on various SIBO breath tests.

If you’re wondering what the actual test is like, click HERE for How to Do the SIBO Breath Test.

This test is much easier for patients and only requires a single urine specimen. However, it does not determine whether the SIBO is hydrogen or methane-dominant.

This is also a functional medicine lab test looking at the flora of the large intestines.

When elevated levels of bacteria are found, it could indicate a presence of SIBO.

The good thing about doing stool testing is that it can can help determine many different things at once. While it can help narrow down to SIBO, it can also assist in the discovery of multiple gut infections at one time. Some of these include: Candida, SIBO, and parasites.

Sometimes, though it’s maybe the least effective way at determining whether or not one has SIBO, simply using the list of symptoms listed and looking at a patient’s health history helps the doctor make a conclusion.

An advancement in SIBO is that you can get breath tests online, at your own will (i.e. without a doctor’s order). However, do make note that just because you can get the SIBO breath test done doesn’t mean you have the ability to engage with the next steps:

But at least getting the test done is a step in the right direction. 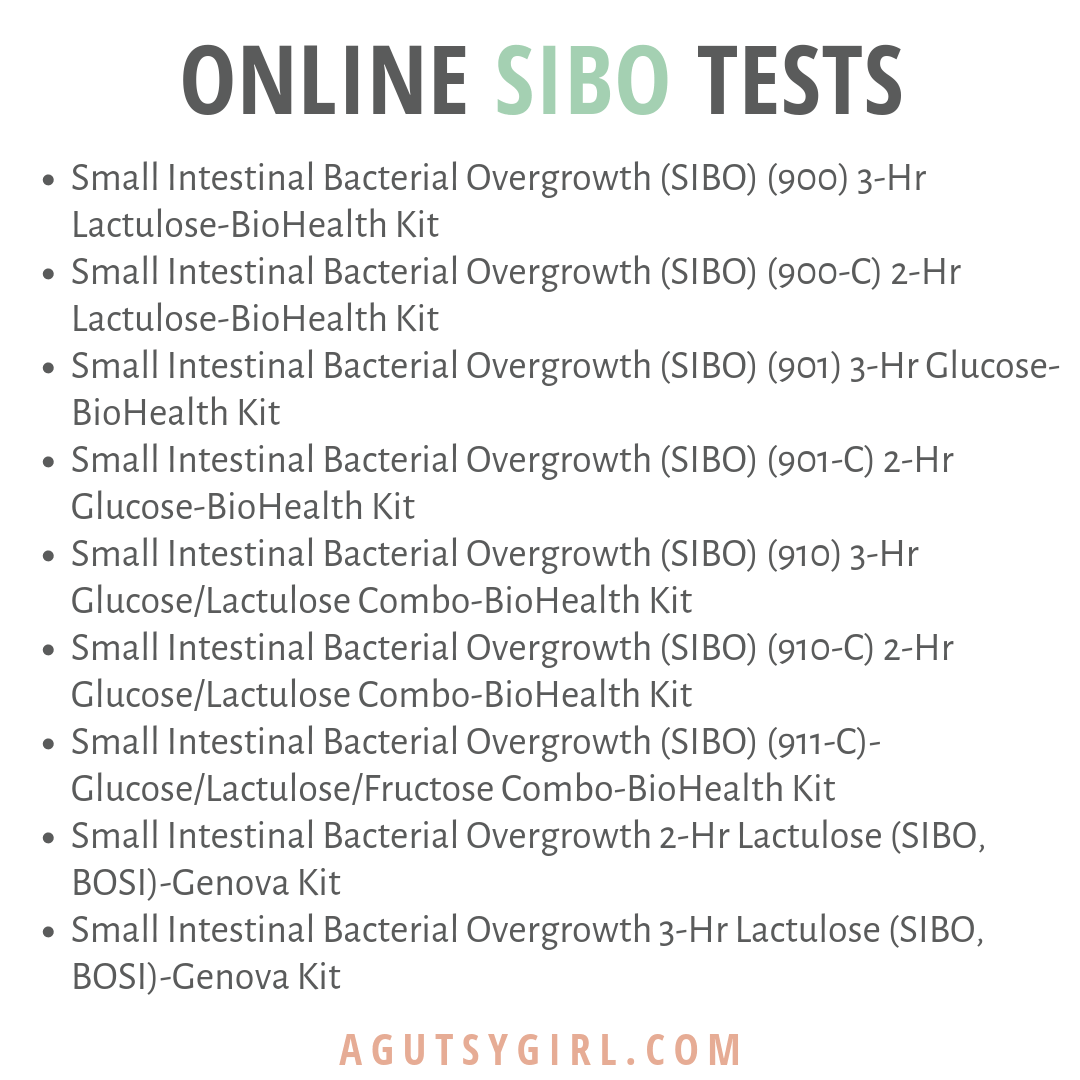 But that is confusing, right?

So I dug in to break them down for you. If you click the links below and go to the website to order they give no information on the differences, which I think is a major downfall.

It’s frustrating because it’s actually not that difficult to breakdown.

Four things about the SIBO breath tests listed below: 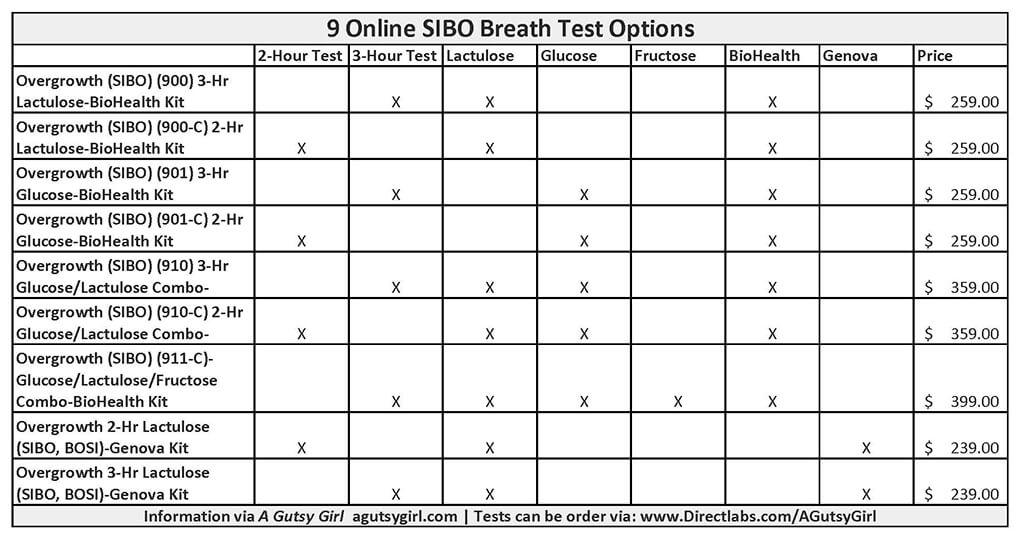 You can click any of the links above to order your test now.

If you prefer to call and place orders for these SIBO tests vs. purchasing online, you can choose that instead. Here are the steps:

Please let me know if you have anymore questions. Happy to add to the Buyer’s Guide to SIBO Tests if you need it.

If you found the Buyer’s Guide to SIBO Tests valuable, consider: 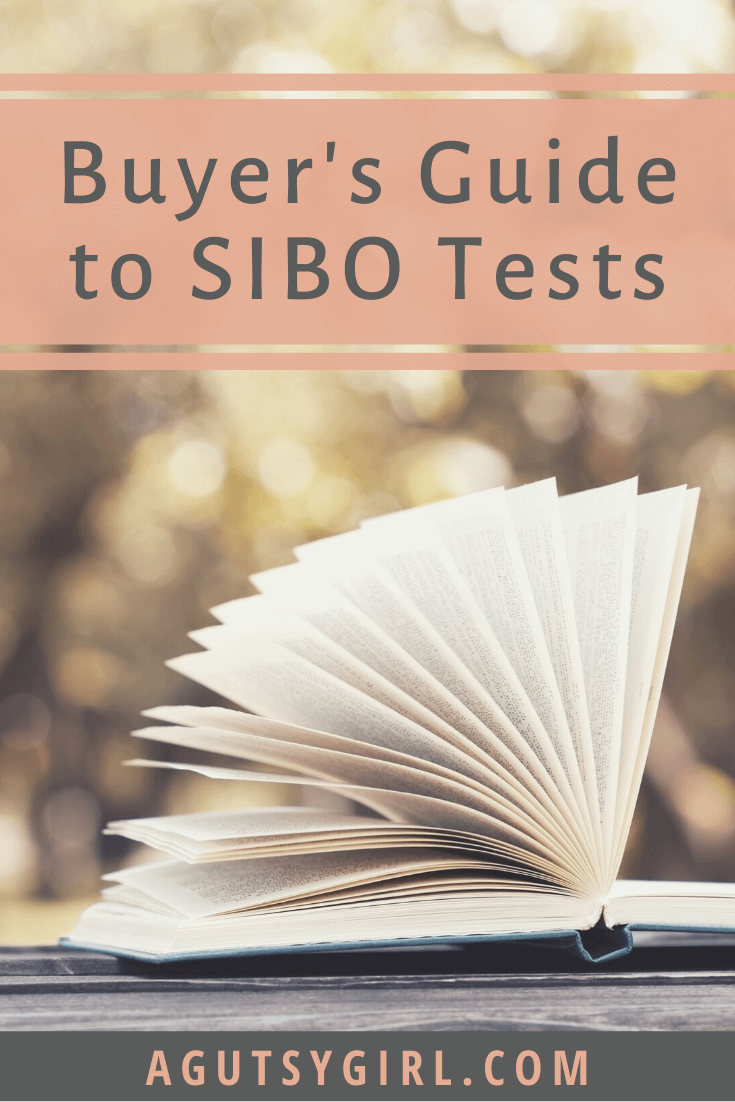