The second post in the Micronutrients and Macronutrients with SIBO series is Vitamin A and SIBO.

In case you missed the first post, you can grab Vitamin B12 and SIBO HERE.

Vitamin A and SIBO Vitamin A is no exception.

In June of 2018 when I was living in SIBO h#$% I was borderline deficient in Vitamin A. Nothing major, yet it makes sense that I tip-toed the line because both my gut and cystic back acne were a hot mess.

What is Vitamin A?

Vitamin A, or retinol, is one of the most widely acknowledged nutrients for healthy skin. Synthetic retinoids have been used as effective treatments for severe acne and psoriasis since the 1980s, demonstrating how useful vitamin A can be in treating problem skin.

Vitamin A influences the physiology of the skin by promoting epidermal differentiation, modulating dermal growth factors, inhibiting sebaceous gland activity, and suppressing androgen formation.[12] As it promotes cell turnover in the skin, vitamin A is effective in preventing the formation of comedones that cause the most common forms of acne. (taken from Chris Kresser’s ADAPT program)

What are Vitamin A deficiency symptoms? 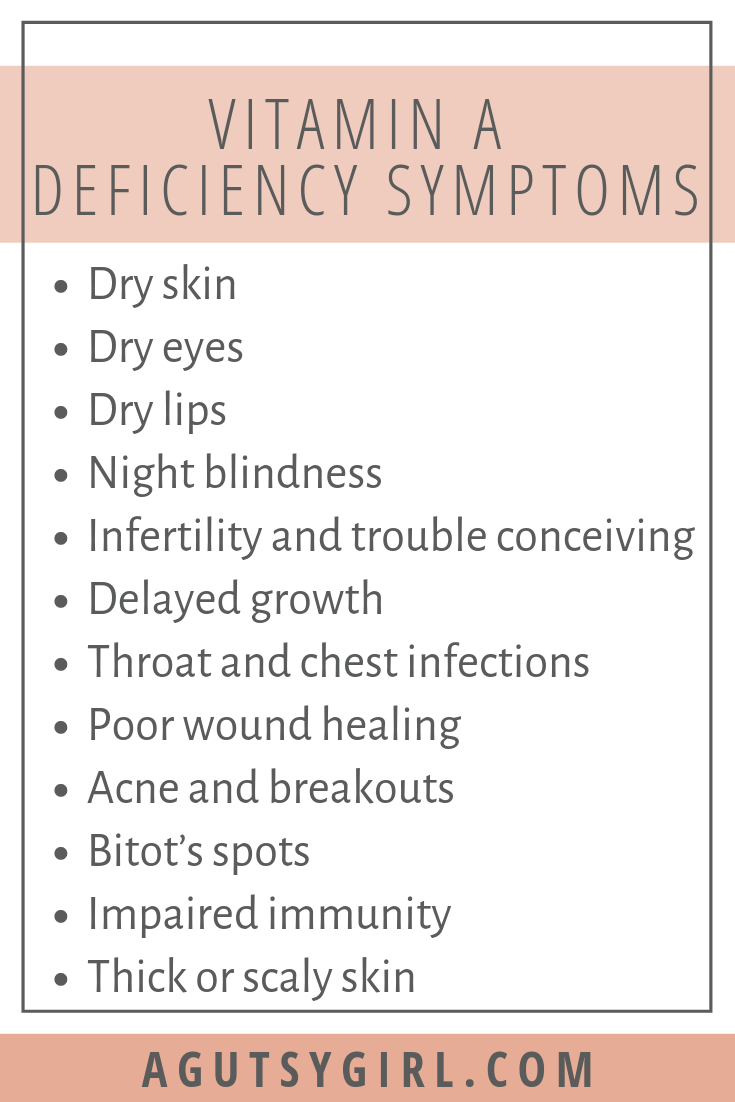 Here are some Vitamin A deficiency symptoms:

Vitamin A and Skin

“Lack of vitamin A causes the skin to become keratinized and scaly, and mucus secretion is suppressed.[13] Rough, dry skin is a common sign of vitamin A deficiency, which often first appears as rough, raised bumps on the back of the arms.[14] This condition is called hyperkeratosis pilaris and is found in approximately 40 percent of adults.[15] Though dermatologists believe this is an inherited condition with no cure, I have successfully treated this condition in several patients by significantly increasing their consumption of vitamin A-rich foods. While physicians prescribe synthetic retinoids to treat skin conditions including acne, eczema, psoriasis, cold sores, wounds, burns, sunburn, and ichthyosis, it is possible to obtain similar effects from consuming natural sources of preformed vitamin A.

A variety of traditional foods contain preformed Vitamin A. The body absorbs it well. The most vitamin A-rich foods are liver and cod liver oil, but other sources include kidney, cream and butter from pastured cows, and egg yolks from pastured chickens. I recommend using cod liver oil, as this provides a balance of vitamin A and vitamin D that will reduce the risk of overdosing on vitamin A. Eating liver once or twice per week is a great dietary strategy to reduce and even eliminate stubborn acne.”

(Chris Kresser via his ADAPT program)

How to recover from Vitamin A deficiency?

Per the above, Chris Kresser mentioned that the most Vitamin A-rich foods include:

Other Vitamin A-rich foods include:

You can also supplement with Vitamin A. I use the Seeking Health Vitamin A liquid drops, a recommendation from Liz Wolfe, and started using it when my cystic acne was awful last spring. To this day I use it.

ps. For dry facial skin, I just bought (and used for the first time last night), the Cleansing Balm. The product description says, “100% of women showed a significant increase in skin hydration after eight hours, with an average increase of 25%.” I had been hearing people who have dry skin rave about it, so I finally took the plunge. I can attest to the instant hydration. Incredible!

How are your vitamin A levels? I’d love to hear from you.

Read all posts from this series: 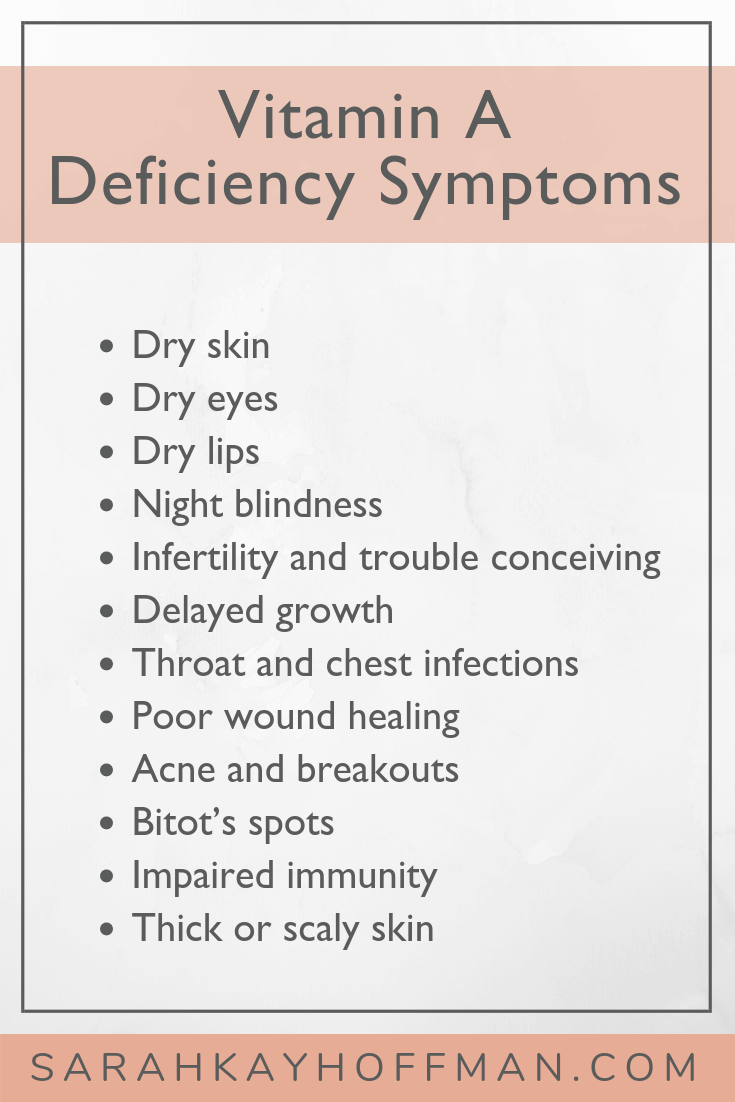