Make this one change for Perioral Dermatitis, and you could heal at an insanely rapid pace.

“Must Be the Diet”

Stick with me for a second.

How I Healed My Perioral Dermatitis has been a very popular blog post. I wrote it around this time in 2014, and I still stand by everything I said.

It’s been three years since, and I do most things on that list consistently still. But not the GAPS Diet. I don’t do that. So when I started showing the Perioral Dermatitis signs around my nose again (I mentioned this in the September recap), I immediately thought, “It must be the diet.”

By no means did I go back to GAPS, but I did eliminate (or at least greatly reduce) various things that I thought could be causing any sort of inflammation. Over a month later, and still no huge changes to the nose.

And then one day a few weeks back, I was brushing my teeth, and as I was doing so, I grabbed the toothpaste tube, and began reading the ingredients (it was this toothpaste):

When I wrote How I Healed My Perioral Dermatitis, I specifically stated, “I stopped using all traditional toothpaste as well, and never buy toothpaste with SLS and/or fluoride.”

Somehow, over the years, grabbing Toms at Target was much easier than anything else. And besides, it isn’t truly a traditional toothpaste in the way that Crest is.

One Change for Perioral Dermatitis I don’t know why I assumed that Tom’s of Maine didn’t use SLS (maybe because it said fluoride free, so I thought I was in the clear?), but there written clearly on the label it was – sodium lauryl sulfate.

The EWG (Environmental Working Group) defines sodium laureth sulfate (same thing as sodium laurel sulfate) as an “ingredient derived from ethoxylated lauryl alcohol and used as a surfactant; may be contaminated with potentially toxic manufacturing impurities such as 1,4-dioxane.”

I immediately headed back to Amazon and ordered the Redmond Earthpaste 4 pack. The 4 pack includes flavors: Spearmint, Lemon Twist, Peppermint, and Cinnamon. Here is more information about the product.

A couple days later, I swapped out the Tom’s for Earthpaste.

Two days later, my nose was 100% healed. 100%! (Top two pictures are before. Bottom two are after. Again, my nose wasn’t anywhere near as bad as it was in 2014, but it still showed me that something was not right.) In fact, it hardly seemed real, and on the second day, I said to Ryan, “Look at my nose! Isn’t that unreal?”

If you have lingering Perioral Dermatitis issues, check your toothpaste. You may just need to make this one change for Perioral Dermatitis that could be your key, too. Turns out it wasn’t the diet, reminding me yet again that food is not always the enemy.

Order the Redmond’s HERE, seriously, do it now, and let me know if it works for you. (By the way, yes that is an Amazon affiliate link, but I promise that if you buy it, I make like 5 pennies. I also promise that this was my key.) 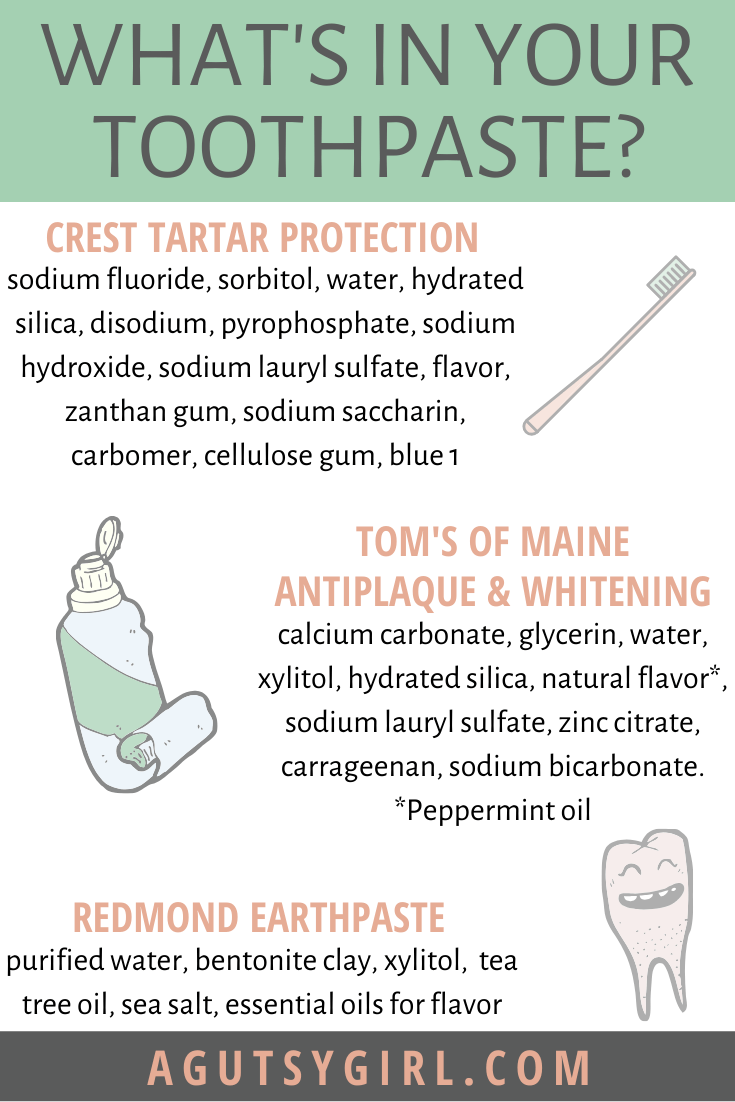 Don’t just think SLS is in your toothpaste. It’s everywhere. My passion with it lies within toothpaste and cosmetics.

Did you know that, if you use conventional cosmetics on a daily basis, you can absorb almost five pounds of chemicals and toxins into your body each year? Daily use of ordinary, seemingly benign personal care products like shampoo, toothpaste and shower gel can easily result in exposure to thousands of chemicals, and many will make their way into your body and become “stuck” there, since you lack the means to break them down. (source)

Right around the time I swapped out Tom’s for Redmond’s, I also began swapping out every last skin and body care item for things I make at home (like my makeup remover wipes and body wash) and Beautycounter. And it’s changing my life.

If you’re interested in learning more about all of this, join my FREE 12-Days of Safer Beauty Exploration Journey HERE.