I’m kicking off the Micronutrients and Macronutrients with SIBO series with Vitamin B12 and SIBO.

In 2014 when I was first diagnosed with SIBO, I was so deficient in it that I did weekly B12 injections to my stomach. (Insert sarcasm) It was so much fun that I don’t ever want to have you to go through the same. (My latest testing results showed that I am 14% above average with my B12 stores, FYI.)

I know that if you have SIBO now (or have yet to be diagnosed) a Vitamin B12 deficiency is very likely.

Vitamin B12 and SIBO

Click HERE to save the Vitamin B12 and SIBO information for later. 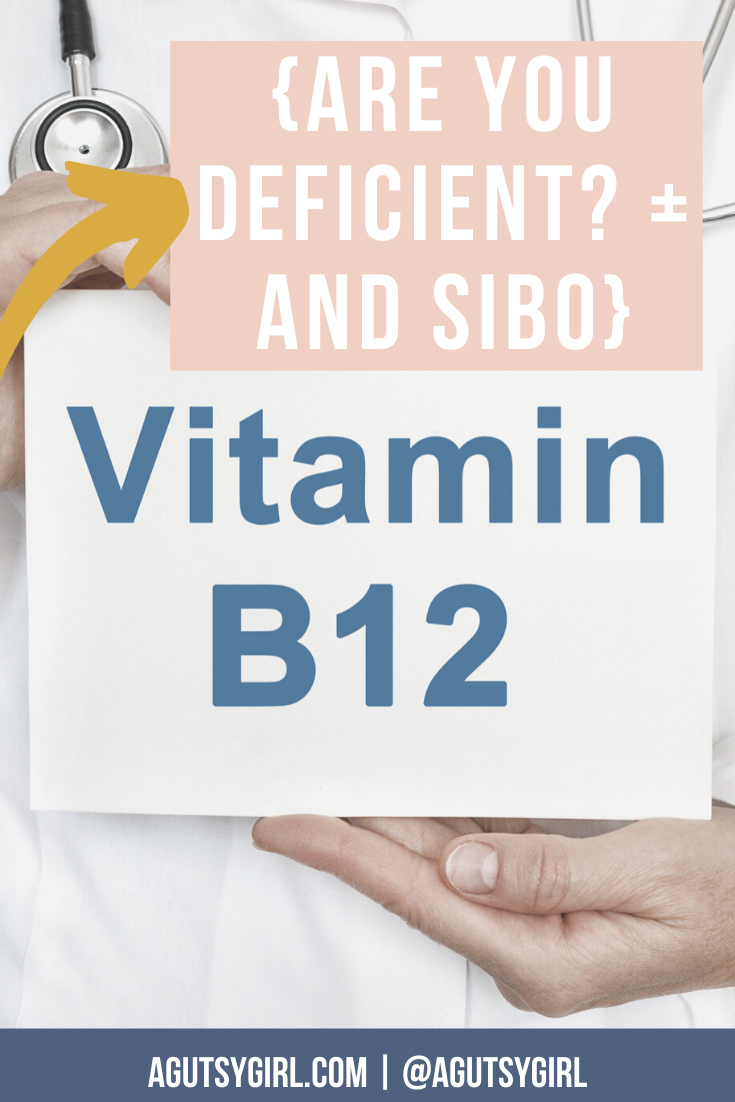 A common complication of bacterial overgrowth is cobalamin (vitamin B12) deficiency.

Patients with normal intestinal enteric flora rely on gastric intrinsic factor to bind to vitamin B12 to permit absorption in the ileum.

Although rates of B12 deficiency are much higher in vegetarians and vegans than in omnivores, that doesn’t mean it’s rare in omnivores. According to a study, approximately 1 in 20 omnivores are B12 deficient. In my practice I’d estimate the rate at closer to 1 in 15, possibly because I see a lot of people with gut problems and that is one of the risk factors for B12 deficiency.

What is Vitamin B12?

Vitamin B12, also known as cobalamin, is a water-soluble vitamin required for many reactions in your body as well as for the health of your nerves, red blood cells, and DNA. Its most important role is as a methyl group donor, which is a crucial step in many of our main detoxification pathways.

There is so much talk about methylcobalamin vs cyanocobalamin. So how do they differ, and which is the superior form for you?

Cyano B12 is a cheap, synthetic, slightly-toxic, inactive form of B12 that is made with a cyanide donor and is used commercially. It is the most stable form, because the cyanide molecule has the greatest attraction to the cobalamin and protects it from extreme conditions (like high temperatures). However, it doesn’t absorb well and requires methyl groups to detoxify it.

When cyano B12 does absorb, it converts to hydroxocobalamin (hopefully discarding of the cyanide in the process) and then to methylcobalamin and adenosylcobalamin. When taken orally, absorption of this form is drastically reduced if you have any gastric acid problems. (Source.) Methylcobalamin, the kingpin, one of the two active, natural forms of B12. It helps reduce homocysteine concentrations and generates SAMe (S-adenosyl methionine), the most important methyl donor in your body, supplying methyl groups for crucial chemical reactions to help maintain your health.

Where methyl B12 shows its greatest utility is with people suffering form degenerative neurological symptoms, where it’s often the only promising treatment.

Why are people with SIBO deficient in Vitamin B12?

Those with digestive disorders, in general, are more susceptible to a Vitamin B12 deficiency because typically they are losing a lot of nutrients (both micro and macro) via the passing of too much stool.

A Vitamin B12 deficiency affects those with SIBO oftentimes because they produce less stomach acid. In order to convert vitamin B12 properly, adequate stomach acid is critical.

Those with SIBO (and the general population as a whole) are also affected due to:

What are B12 deficiency symptoms? 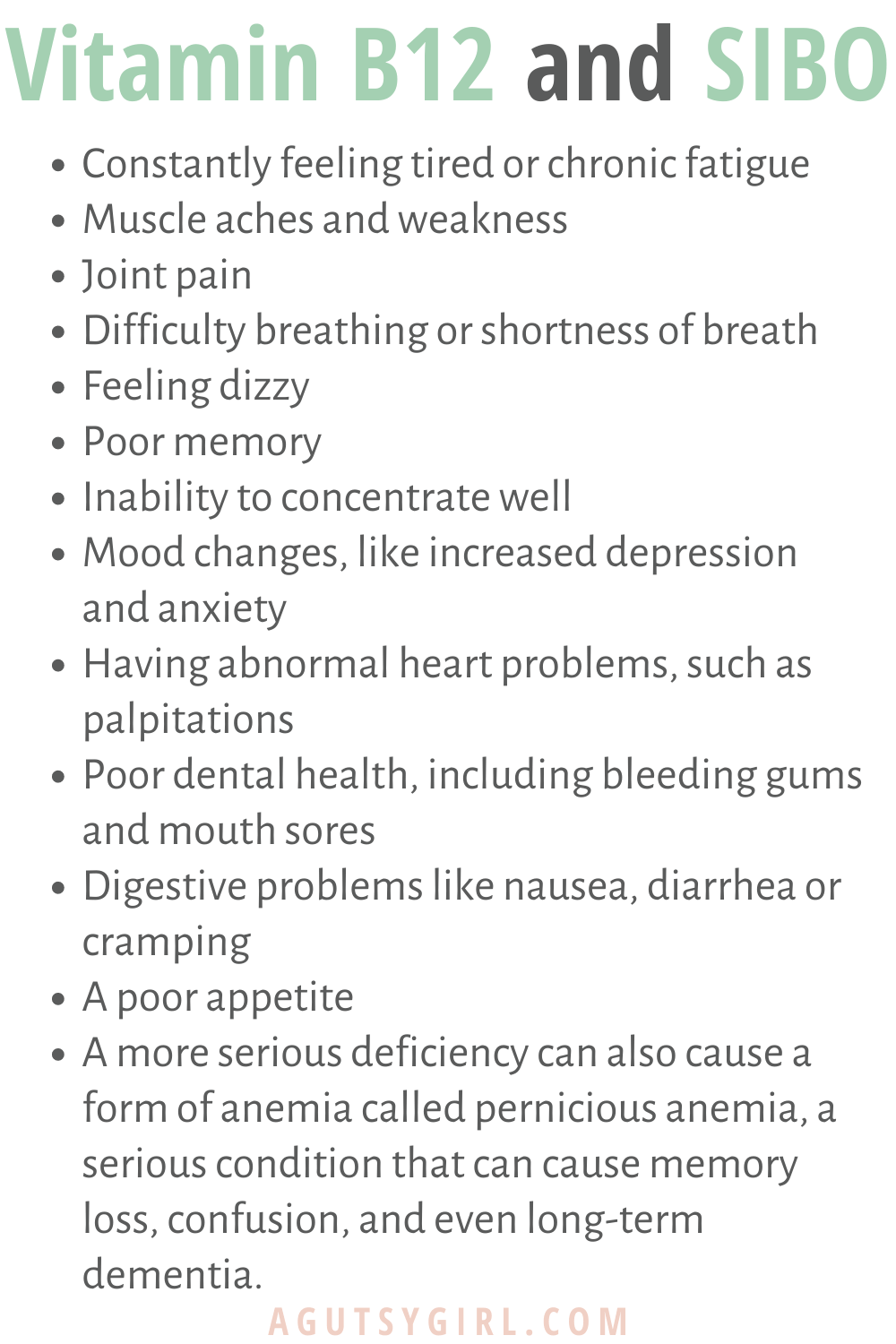 According to Dr. Axe, here is a list of Vitamin B12 deficiency symptoms:

How to recover from Vitamin B12 deficiency? 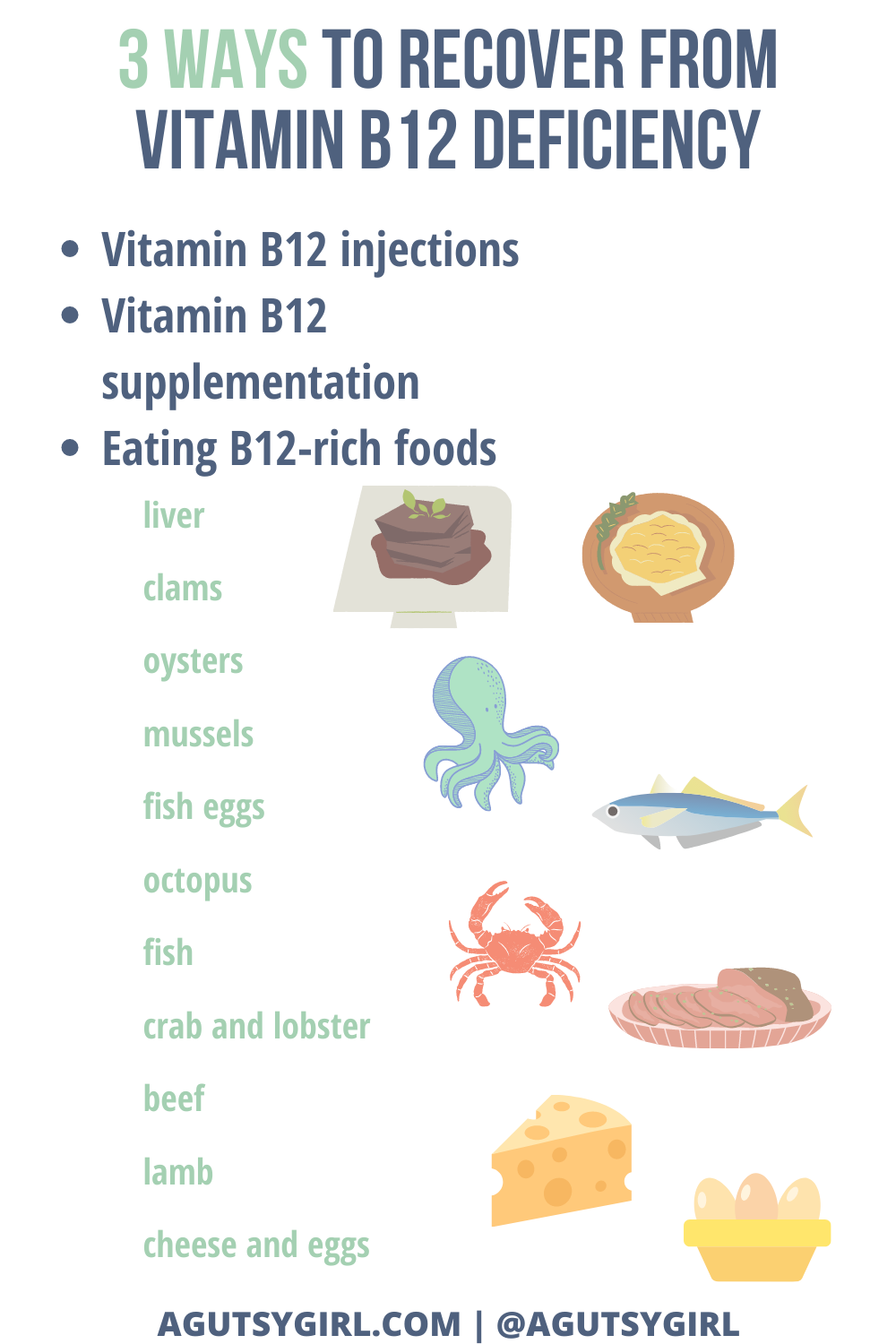 According to Chris Kresser,

B12 is the only vitamin that contains a trace element (cobalt), which is why it’s called cobalamin. Cobalamin is produced in the gut of animals. It’s the only vitamin we can’t obtain from plants or sunlight. Plants don’t need B12 so they don’t store it.

Even still, I was eating meat and was severely B12 deficient.

This goes beyond simply eating meat.

Recovering from a Vitamin B12 deficiency could mean any or all of the following things:

Supplements, including the B12 ones listed above, are oftentimes in measurements: mg and mcg.

So what’s the difference between mg vs mcg?

How are your Vitamin B12 levels?

Track your B12 levels and signs/symptoms of deficiency via the 90-day gut healing journal. 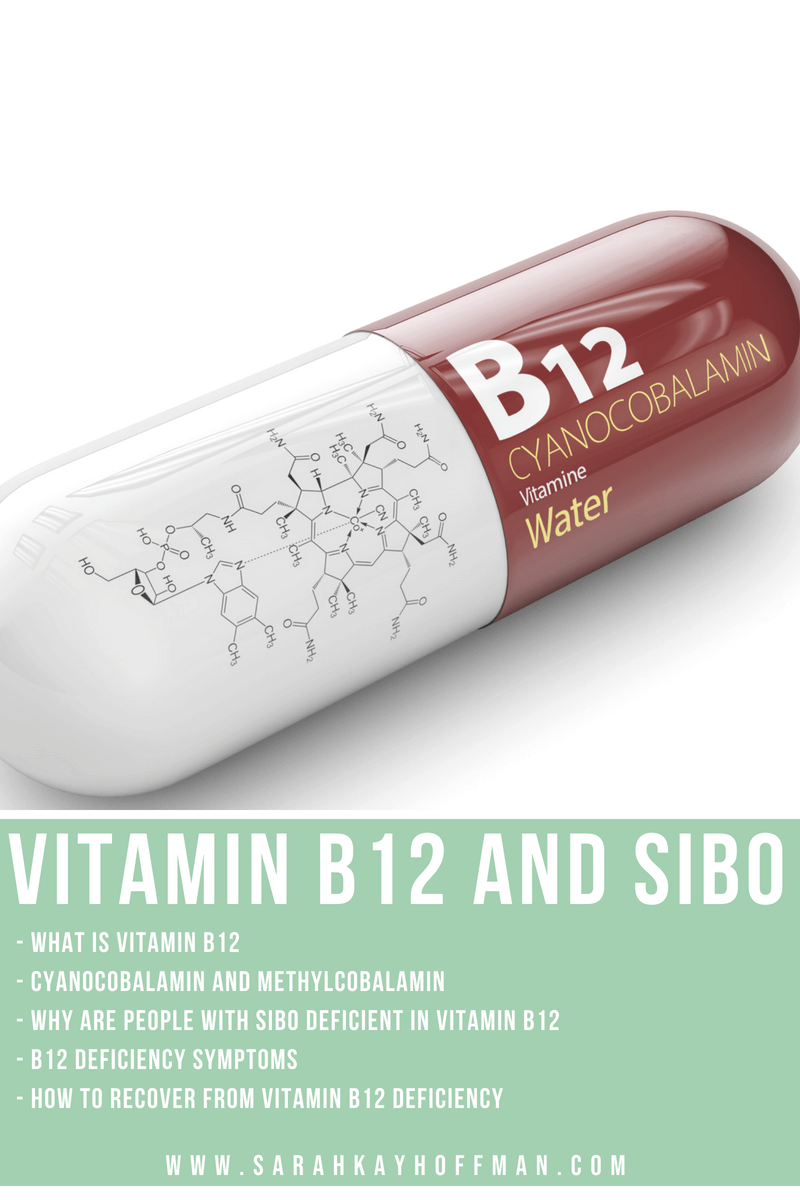 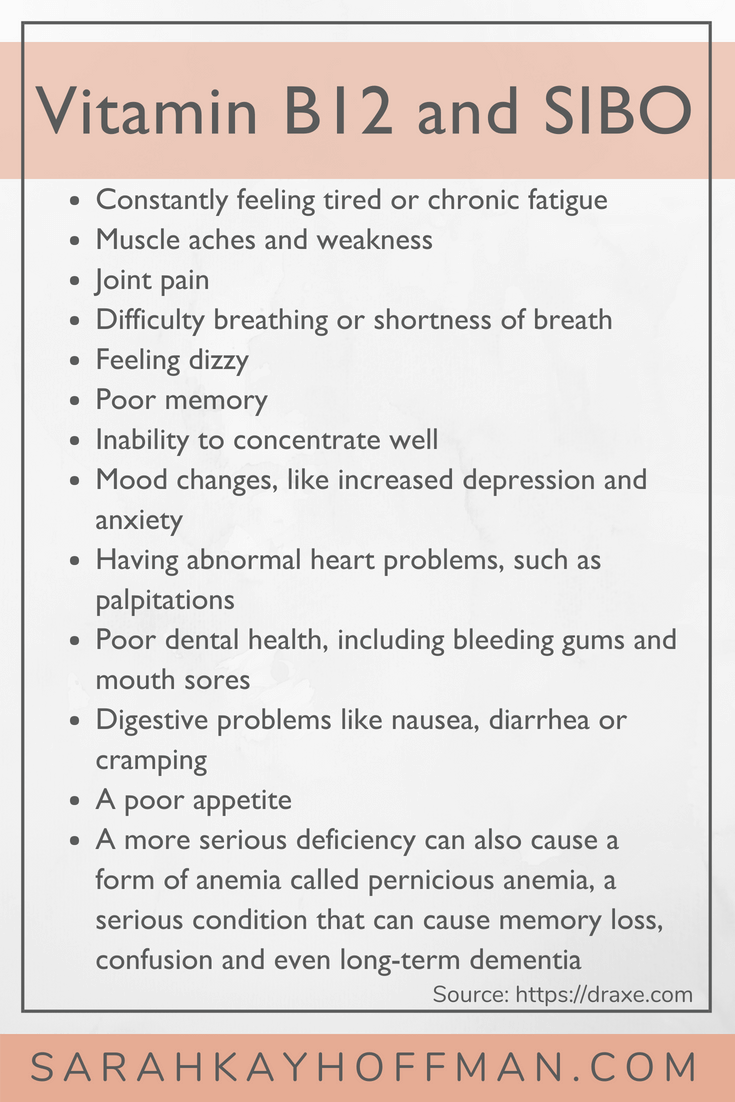