What is Diverticulitis, and how could I have been diagnosed with it? 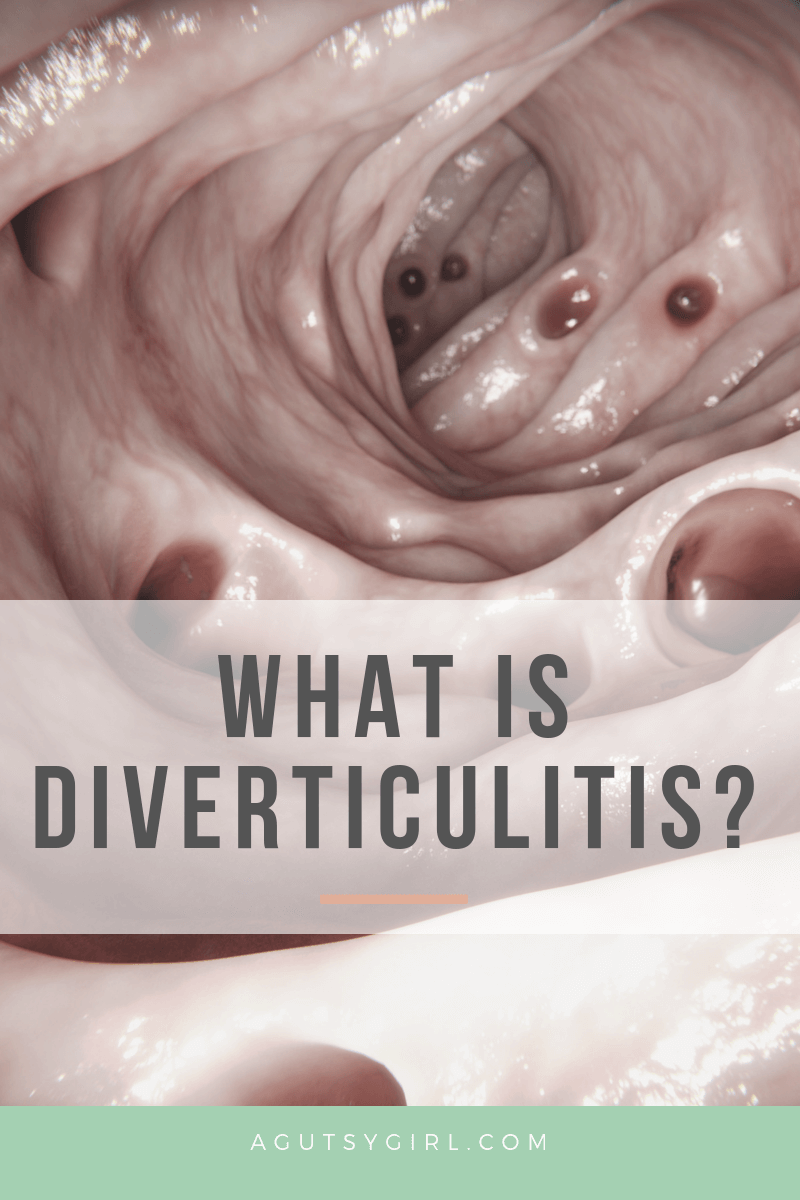 Diverticulitis is inflammation or infection in small pouches called diverticula.

Diverticula range from pea-size to much larger. They are formed by increased pressure from gas, waste, or liquid on weakened spots of the intestinal walls, and are most commonly found in the lower portion of the large intestine (the sigmoid colon). 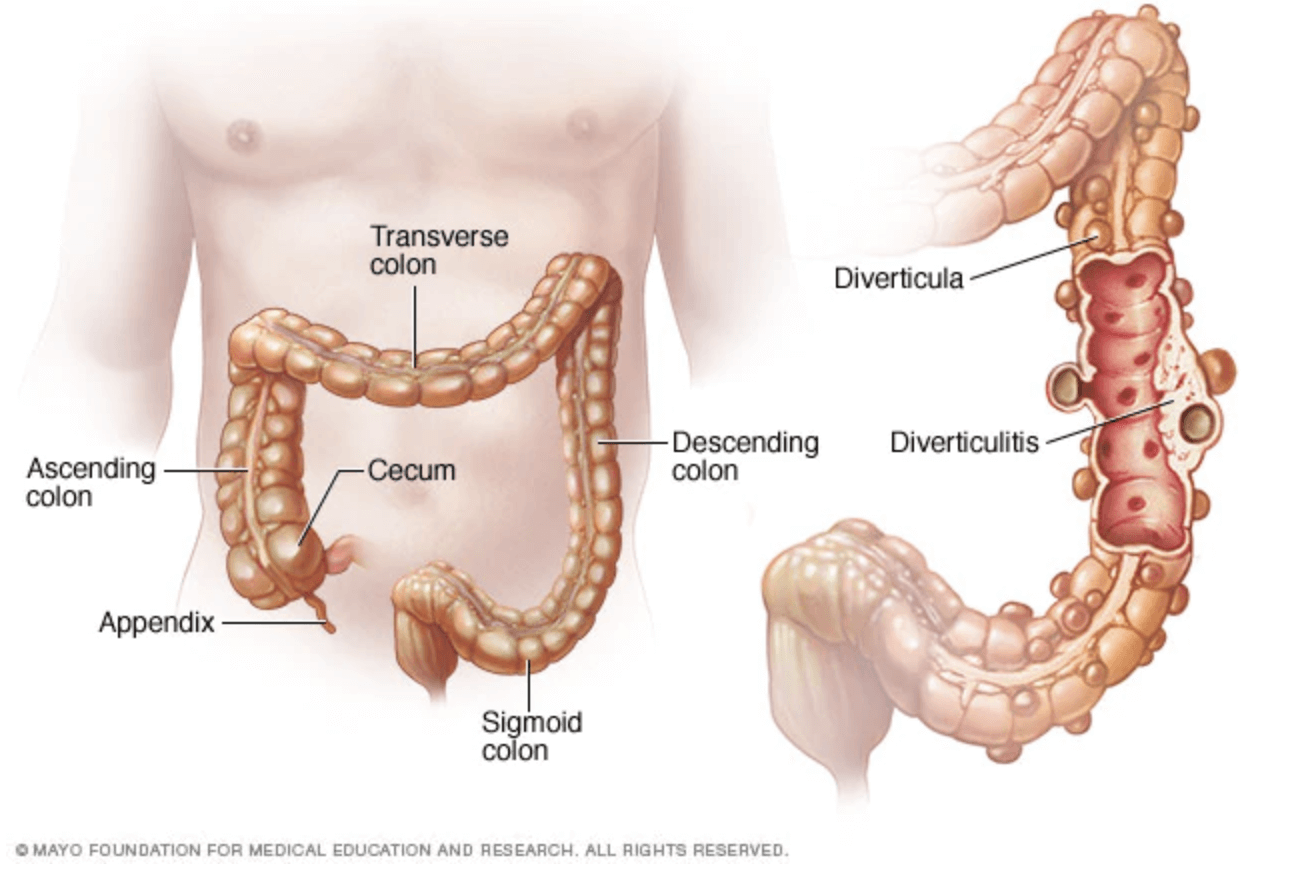 According to Harvard Health,

According to the NIH,

Diverticulosis is one of the most common gastrointestinal conditions affecting the general population in the Western world. It is estimated that over 2.5 million people are affected by diverticular disease in the United States.

Diverticulosis is when the small pouches, diverticula, form.

Diverticulitis is when one or more of them become infected and inflamed.

Thus, not everyone who has diverticulosis will necessarily have it develop into diverticulitis. 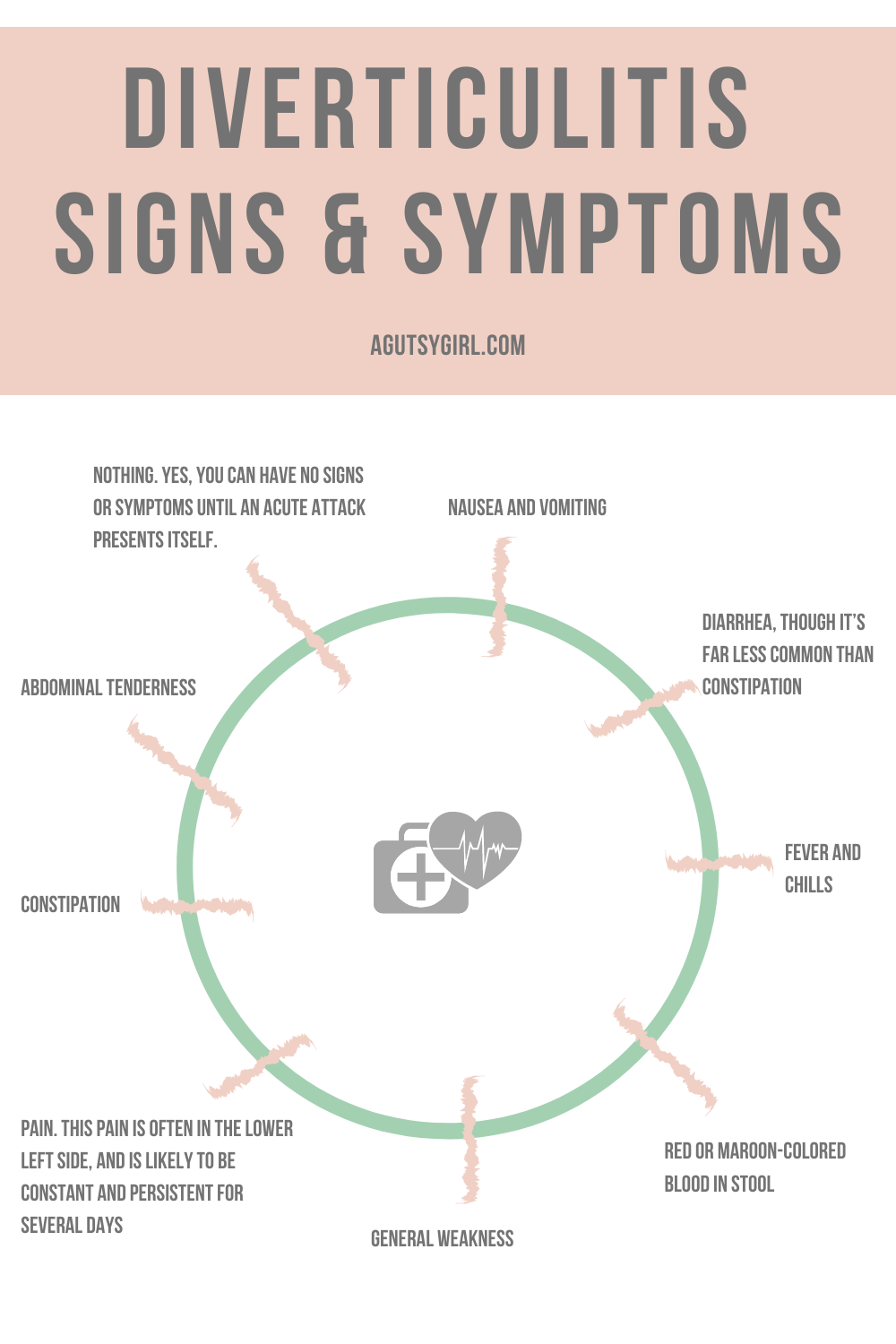 Like everything else gut related, the signs and symptoms can be different for everyone. These are some of the common ones for people who have diverticulitis:

Symptom tracking is easy with my 90-day gut healing journal.

Causes and Risk Factors of Diverticulitis

Harvard Health says this about Diverticulosis,

The principal factor is diet, especially the refinement of carbohydrates, which has deprived the typical American diet of much of its fiber content. Diverticulosis is a disease of Western civilization.

Here are the common causes and risk factors for diverticulosis (which, as mentioned, many times turns to diverticulitis):

The way diverticulitis is generally diagnosed is reactively, meaning, once someone is having an acute attack, they will go in out of intense pain and it’s discovered.

The first three are typically done immediately; the fourth, as it involves much more, some time after.

But also, if you have had regular-ish and/or a recent Colonoscopy, they would have likely seen it. Remember, do not be afraid of the Colonoscopy. It can be life-saving. HERE are some (30 to be exact) tips to help get you through.

For the short term, because it’s a bacterial infection, antibiotics are almost always prescribed. These range from Augmentin to Flagyl and Cipro, depending on the person and their circumstances.

For severe cases, IV antibiotics may be administered at the hospital.

After that, sticking to a diet of clear liquids for a few days, then gradually adding soft solids and moving to a more normal diet over a week or two. Vegetable and/or bone broth anyone?

Because it tends to reoccur, prevention then is key.

Foods to Avoid if You Have Diverticulitis

While May Clinic is no longer saying you don’t have to avoid any foods with Diverticulitis, there are the ones they have said should be avoided in the past:

The theory is that they get stuck in the pockets (diverticula) and cause the inflammation (or an acute attack).

What to Eat During a Diverticulitis Acute Attack

I will always tell it exactly like it is. Many who lean more holistic will tell you “always eat whole, unprocessed foods…..squeaky clean – more fiber is better, etc.”

Because while I’ve never had diverticulosis or diverticulitis, I know that healing the gut can and does require something different than keeping the gut healthy and well.

Being in a reactive state is not the same as when you get to be in a proactive state.

Looks so easy. It’s not. And also, if you’re going through an acute diverticulitis attack but have never tired these basic few steps, what do you have to lose?

What I have found in the past 10+ years of researching, studying, and living all things gut and digestive issues is that no one believes this stuff until  they are forced to try a new way.

If today is that day for you, take it.

Want more to get started on your gut-healing journey? Check out: 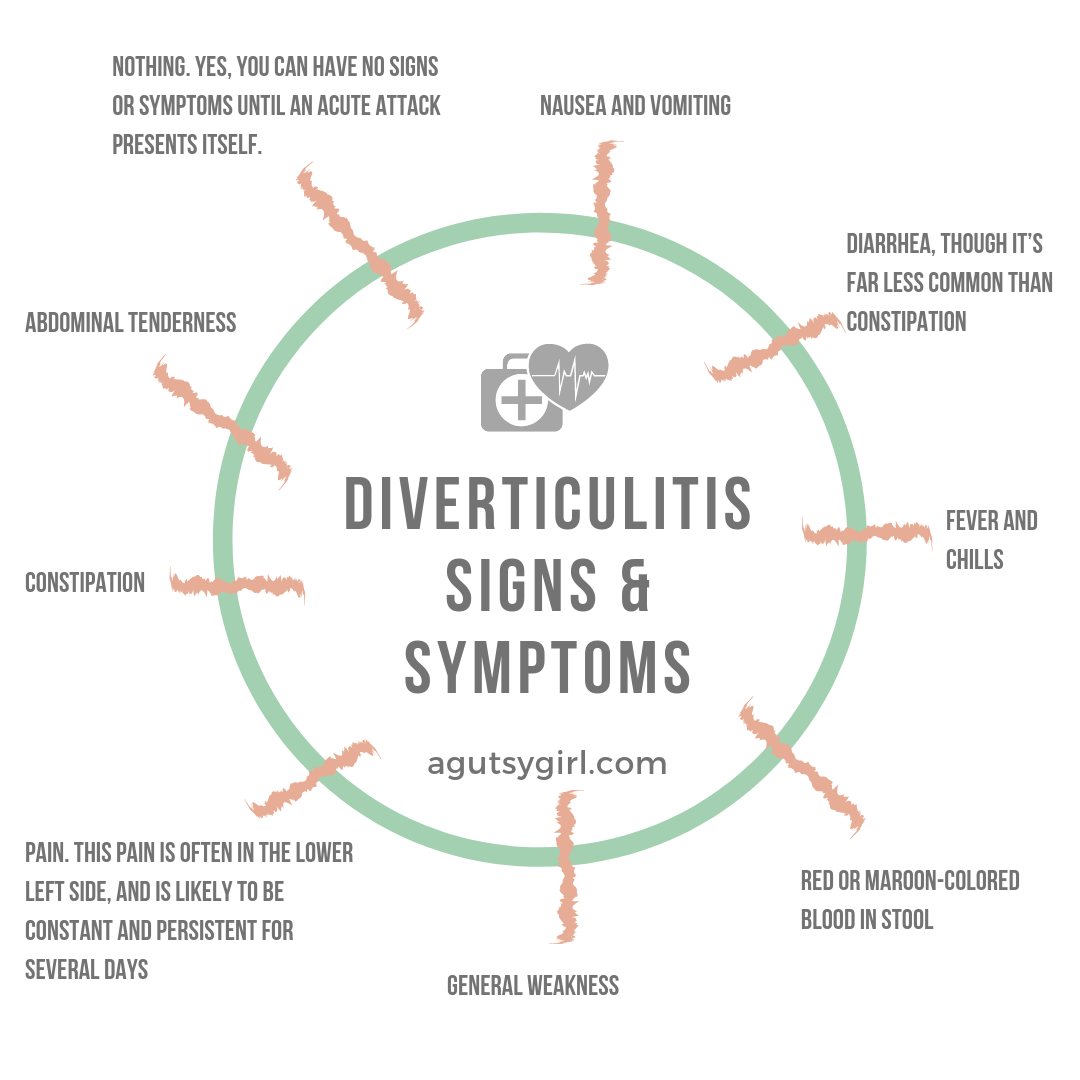