Turns out I have Hypermobility Syndrome.

It’s official. According to the urban dictionary, I now give you full rights to simply call me “Debbie Downer.”

1. a: a person who says something terribly depressing (a downer), typically only tangentially related to the present circumstance or topic of conversation, and thereby destroys the positive atmosphere. b: a statement that is charactaristic of Debbie Downer”

But enjoy it for this one last day because rainbows are ahead!

It all started about a week ago when I told you how I came to hate running and overcoming it.

Reason 1 is Proctitis (and then I really proved it after a horrible 12-mile run on Saturday that caused a Colitis flare up).

Reason 2 is where we end this today.

I wanted so badly to recover after I did Jamie Eason’s LiveFit Workout Program a couple years back. I mean, I really wanted to cover up the scars, bumps, and bruises it left.

But I can finally admit that I was never able to do so.

I have been getting worse and worse and worse on my right side and in my lower back in general. It’s been slowly and surely coming, but I finally hit a point where nothing I did in the gym was pain-free anymore. I had worked up to 150 lb deadlifts; I’m lucky to do 45 lbs now. 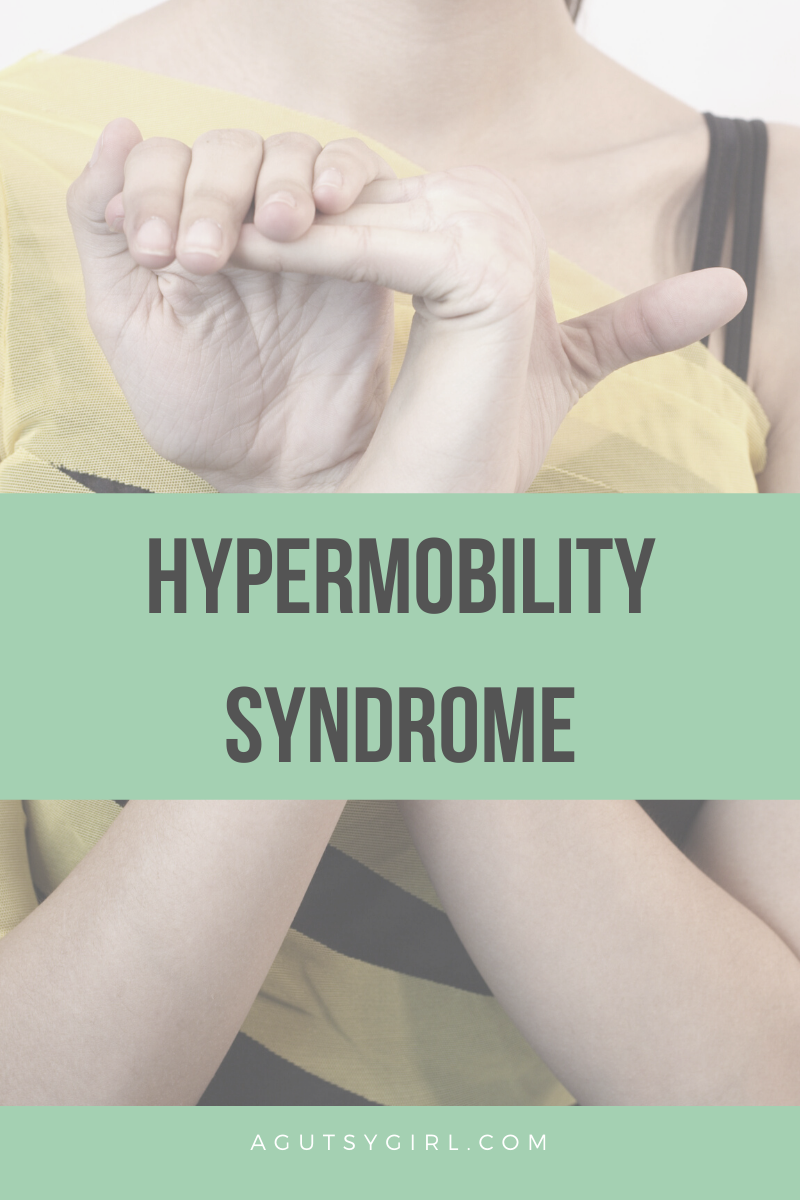 A few weeks back I caved. I was referred to an amazing Sports Chiropractor (turns out he also goes to our church and was on the national wrestling team years ago) and made an appointment.

Long story short, turns out I have Hypermobility Syndrome.

Awesome. What’s that? You can read all about Hypermobility Syndrome, but essentially it just means that I have some pretty funky joints.

I should have known this when people started calling me “alien arms” long ago. (For the record, my arm position isn’t even nearly as twisted as I can go. I can nearly turn my entire arm around. Gross. I know.) I can crack my neck, nose, jaw, shoulders, elbows, wrists, fingers (at every joint), back, knees, ankles, and toes.

My doctor told me that my “problems” aren’t labeled “hypermobility syndrome,” but instead the problem is that when you are hypermobile, you are unable to stabilize the joints. Without stabilizing the joints, of course, you run the risk of doing things improperly naturally.

After further investigation on my right side, he identified the real problems with my piriformis, psoas and TFL (tensor fasciae latae muscle).

My right leg feels dead a lot. My low back flares – feels “itchy.” I’m losing strength quickly. Everything is tight. I can’t sit long, but too much movement is also a drag. (wah wahhhhhhh…..)

For almost two years, instead of heeding what my body was trying to tell me, I kept on working through the pain thinking that my mind, drive, and will would be stronger than the injuries.

Turns out, similar to the gut, that keep on keepin’ on with old ways won’t magically make problems disappear….no matter how much we will them to be gone.

Getting wrapped up in the bigger-stronger-faster-better-don’t-stop-can’t-stop-you’re-only-as-good-as-your-next-rep BLAH can take you to a place you never imagined (and it’s often times not for the better).

I’m squashing ALL of this in its tracks. I’ve been noodling for quite some time now. I’ll tell you my solutions tomorrow, and I’d love to assure you that you DO have the power to come along with me – squashing your own (side) tracks.