Here is Part I and Part II. 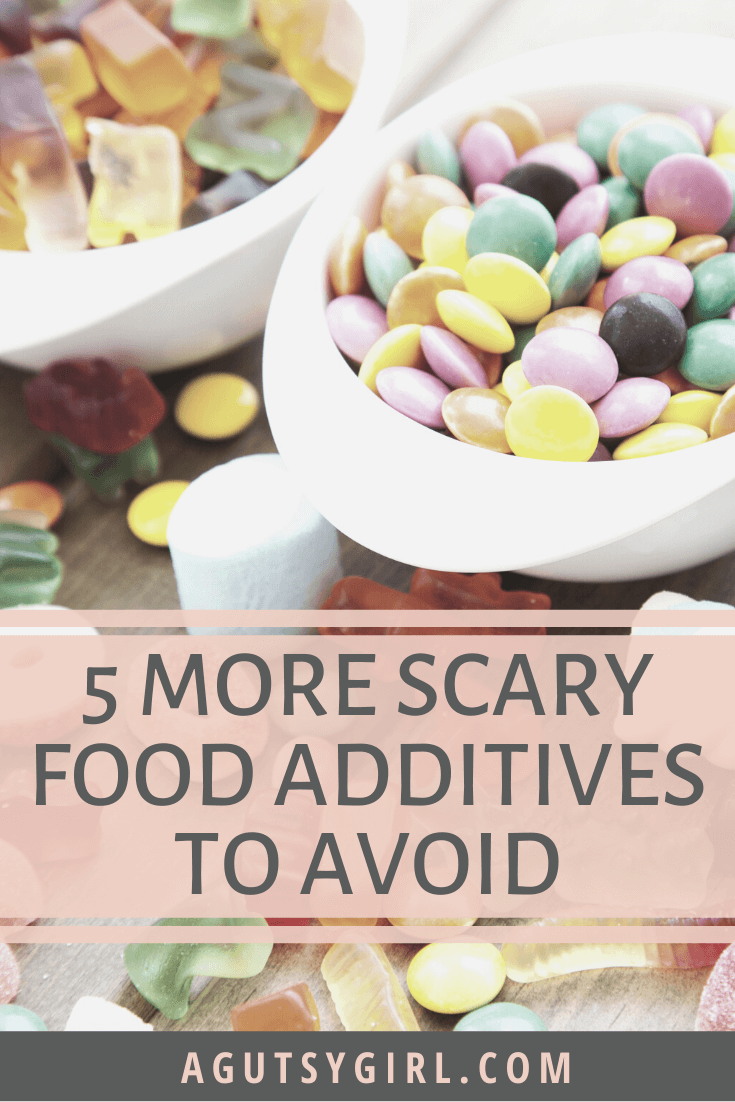 Artificial Food Colorings include the likes of Blue 2, Green 3, Orange B, Red 3, Red 40, Yellow 5, Yellow 6, etc. An addition to food or drink, they are any dye, pigment or substance that imparts color to the item.

Find it in: candy, sausage, baked goods, soda pop, gelatin desserts and many other beverages in general

Of interest: Food coloring correlations in everything from ADHD to tumors, cancer, gastric discomfort and more.

Caramel Coloring is made from caramelized sugar, usually with ammonium compounds, acids, or alkalis. Its color ranges from pale-yellow to amber to dark-brown. {Also make note: Caramel Color may or may not contain gluten. It’s one of the very tricky ingredients you need to be extra-cautious of.}

Acesulfame potassium (ay-see-SUHL-faym) is a calorie-free sugar substitute (artificial sweetener). You’ll see it also written as Acesulfame K or Ace K (K being the symbol for potassium). You’ll see it under the trade names Sunett and Sweet One.

Of interest: Acesulfame potassium is 200 times sweeter than sugar. There has been an association with cancer and thyroid problems and this additive as well.

Annatto’s seeds are sourced to produce a carotenoid-based yellow to orange food coloring and flavor.

Of interest: Annatto causes hives in some people. In fact, allergic reactions to annatto appear to be more common than reactions to commonly used synthetic food dyes.

Benzoic Acid  is a colorless crystalline solid and a simple aromatic carboxylic acid. Food preservatives come from its salts. Benzoic acid is an important precursor for the synthesis of many other organic substances.

Of interest: Benzoic Acid (also called Sodium Benzoate) can cause hives, asthma, or other allergic reactions in sensitive individuals. Another problem occurs with sodium benzoate in beverages that also contain ascorbic acid (vitamin C). The two substances, in an acidic solution, can react together to form small amounts of benzene. Benzene is a chemical that can cause leukemia and other cancers.

Carrageenans are a family of linear sulfated polysaccharides that are extracted from red seaweeds. They are a thickening, gelling and stabilizing agent.

Of interest: Carrageenans are very debatable. If you have irritable bowel syndrome or inflammatory bowel disease, though, I would strongly recommend avoiding them. The reason is two-fold: 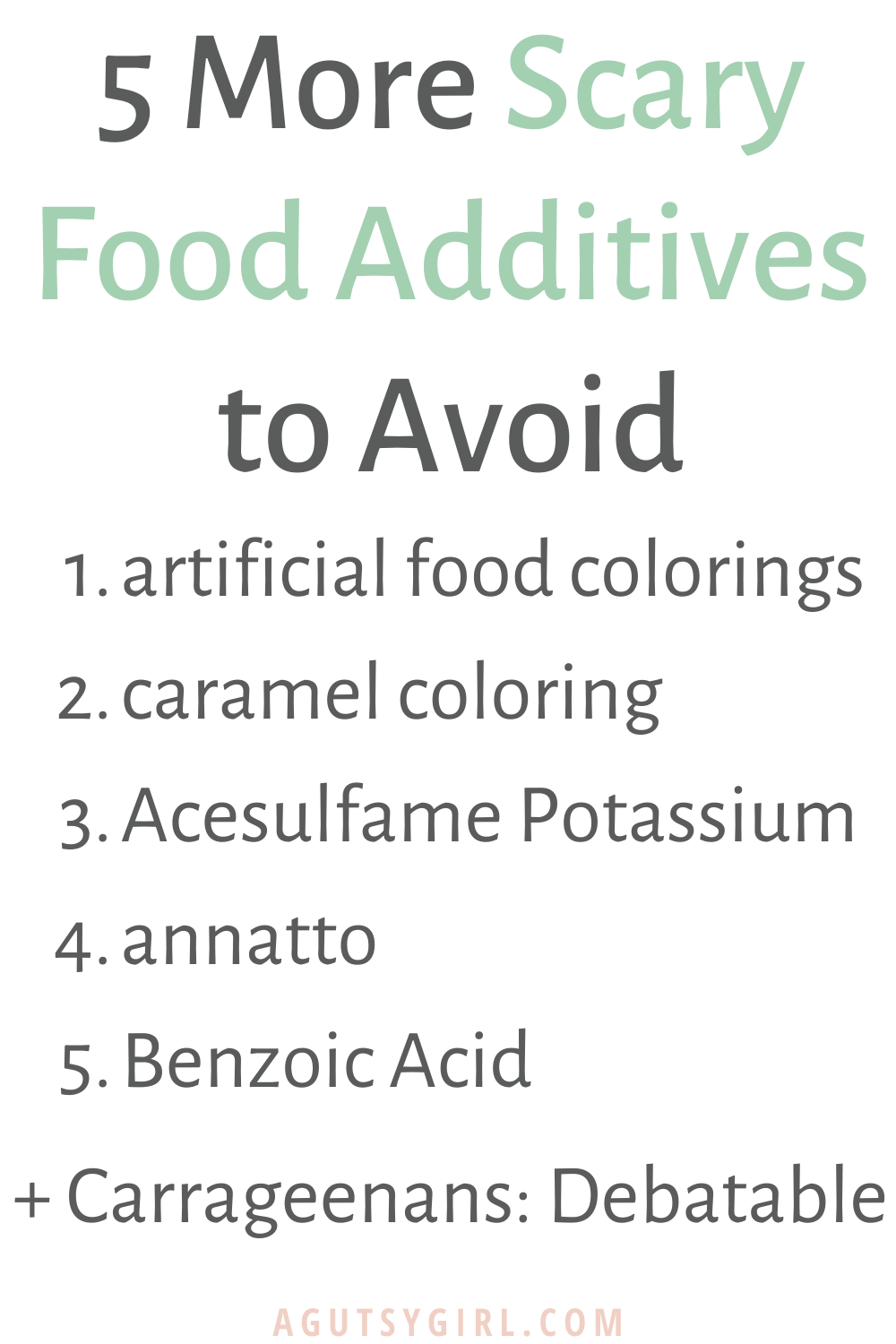 And there you have it.

What are your thoughts?

Food additives: scary or no concern?