No matter the occasion, this Vegan Whipped Cream is the answer.

This is a recipe I created years ago for Nutiva.

At the time, my diet was so limited and I was in an intense healing phase.

But…..dessert. Remember, I have always believed in dessert, no matter what phase of life I was in. I still believe strongly in it.

So I want to share with you my simple 3-ingredient Vegan Whipped Cream. But then I want to tell you about another Vegan whipped cream I’m currently experimenting with. 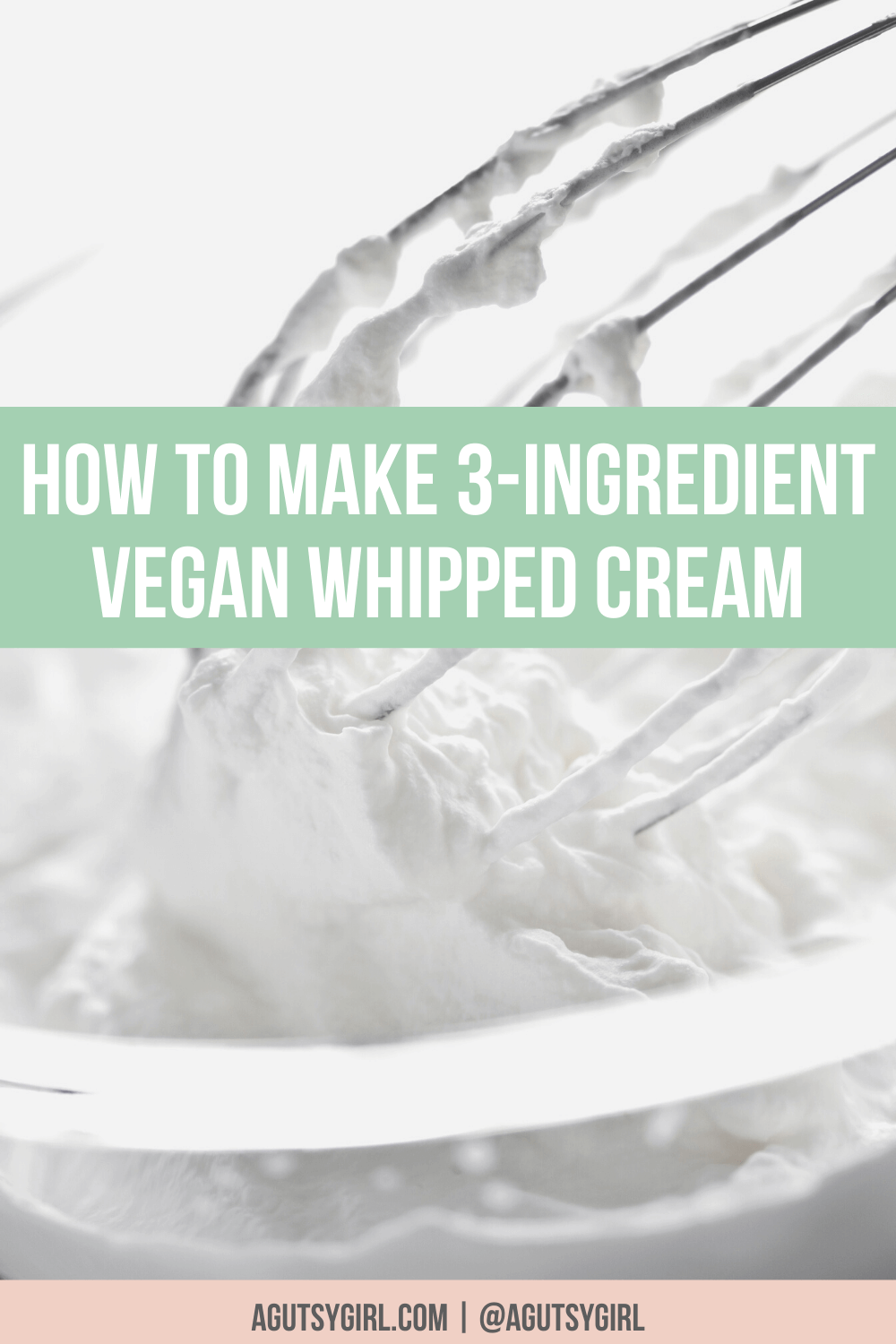 Print
3-Ingredient Vegan Whipped Cream
Author: A Gutsy Girl
Recipe type: Dessert
Prep time:  5 mins
Cook time:  5 mins
Total time:  10 mins
Serves: 3-4
A simple, 3-ingredient vegan whipped cream using coconut butter for the added thickness of real whipped cream.
Ingredients
Instructions
Notes
Coconut Manna is the brand name (from Nutiva) for coconut butter. If you don't have Manna, you can easily swap in plain coconut butter.
3.5.3251
I even have a video to go along with the simple recipe, just to prove how easy it really is.

How to Make Vegan Whipped Cream

Why Did You Add Coconut Manna (Butter)?

The Coconut Manna is this whipped cream’s secret ingredient.

By simply adding the Coconut Manna boost, your Vegan Whipped Cream will instantly transform into a thicker whipped cream that will hold shape for a very long time.

However, do make note that what that also means is that after awhile, it will harden.

Therefore, be sure to use it all right away. Otherwise, you can keep it in the fridge for later, but when you’re ready to eat it again, just add a little (like 1 teaspoon at a time) more coconut milk and blend again for a fresh whip. 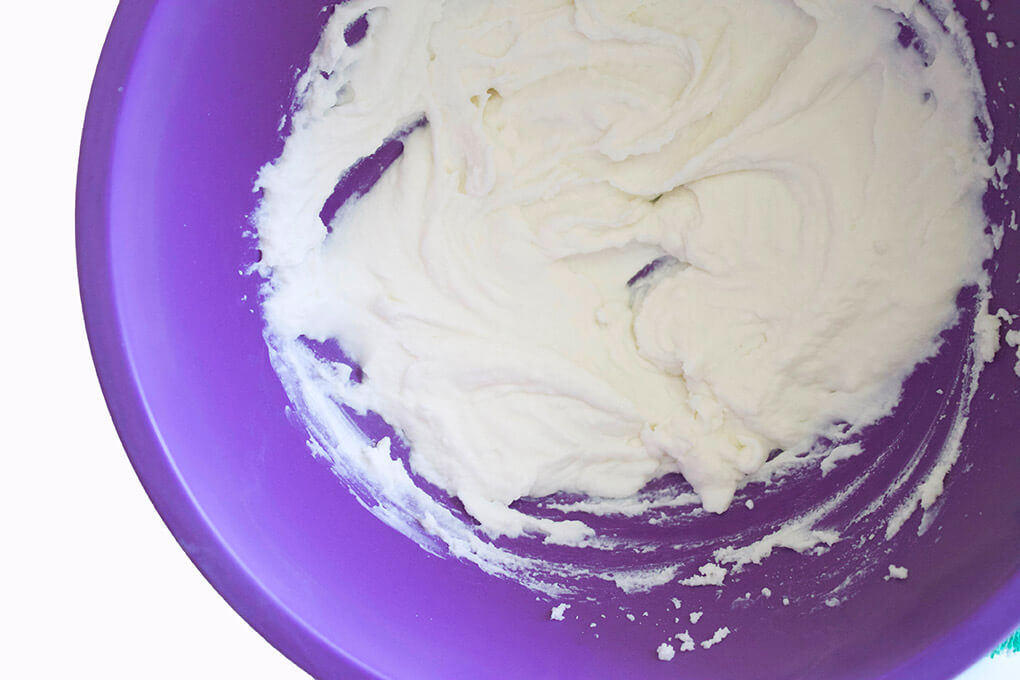 What Can I Do with Whipped Cream?

I’m sure you don’t need ideas, but I’m wanting to provide some in case you need some fresh ideas.

Remember at the beginning of this post I told you I was experimenting with another way and method for creating a vegan whipped cream?

Okay, so here’s what I’ve been doing.

I have essentially been making old-fashioned whipped cream, but with different ingredients.

All you do to make “real” whipped cream is toss heavy whipping cream and sugar into a mixing bowl, set the mixer on medium, and let it do it’s thing until the whipped cream fluffs up.

It’s fantastic and simple…..but not vegan, of course.

So I purchased the Let’s Do….Organic Heavy Coconut Cream from Thrive Market. Then, in the same fashion, added some of it and monk fruit to my mixer. (By the way, I use my KitchenAid Mixer for this task.) I whipped it for quite some time and that was it.

Wait, I lie. I actually added in a few droplets of the Frontier Organic Chocolate Extract. It’s incredible!

Anyways, that was it.

Now, I don’t have this perfected yet. The consistency wasn’t perfectly fluffy, but it was fine for that occasion and I’ll keep playing with it.

I’ll add to this post the exact recipe and method once perfected.

Hope you try it and love. And I hope you never forget dessert.