Have you ever wondered how to get that perfect chia seed pudding base?

You can get it, and you’ll only need 2 ingredients to achieve it. 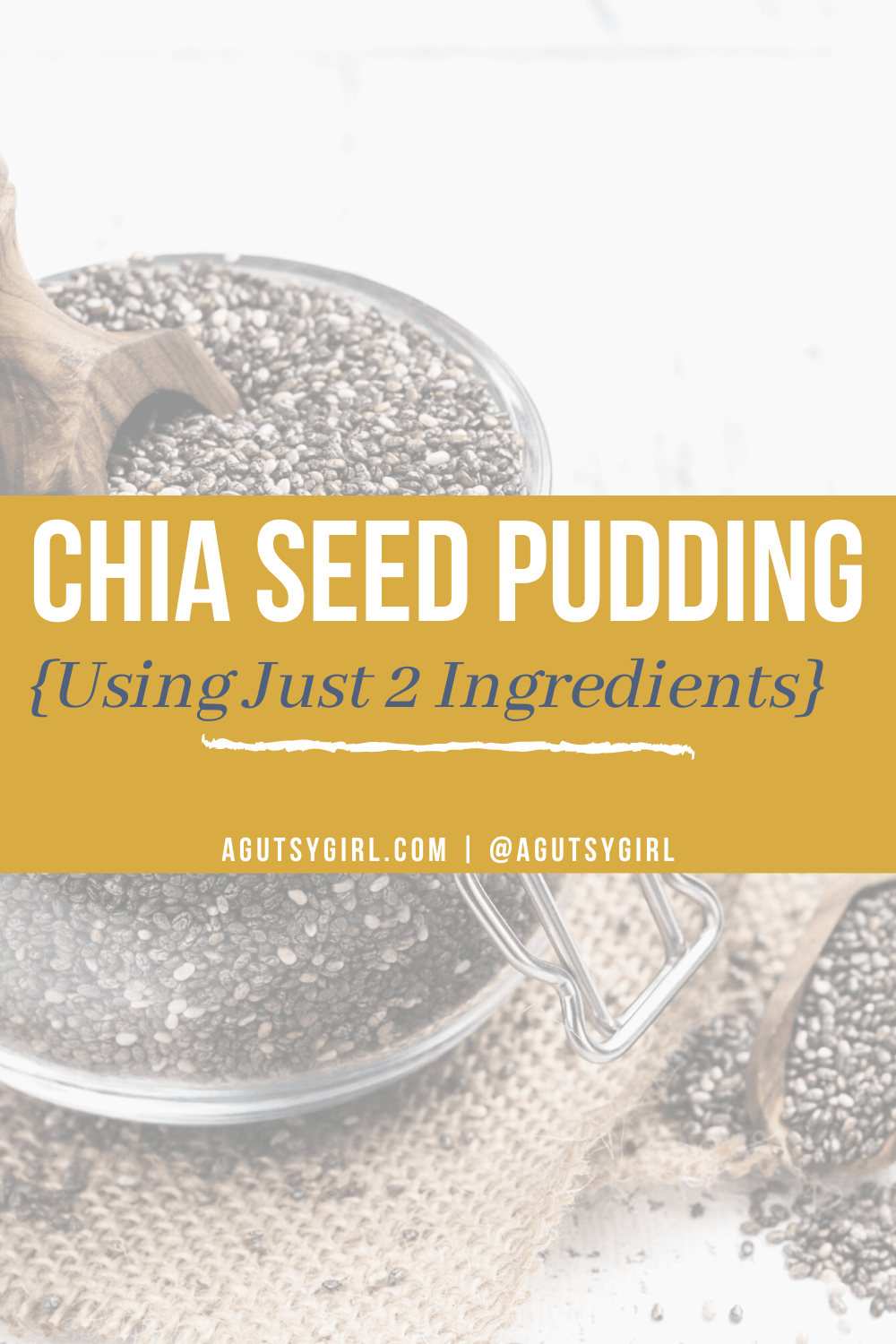 There are many chia pudding recipes out there. In fact, if you want an incredible-tasting chia pudding, I’ll give you the recipe for my Apple Pie Chia Pudding below.

But the secret to a simple chia seed pudding is getting the base perfected.

You know, like all things in life; without proper roots, it’s hard to build anything. Foundation is critical.

And for the chia pudding, the foundation is where it’s at.

Because you have a base, you can do so many things with chia pudding like:

So here is how you’ll make this simple, 2-ingredient chia seed pudding. 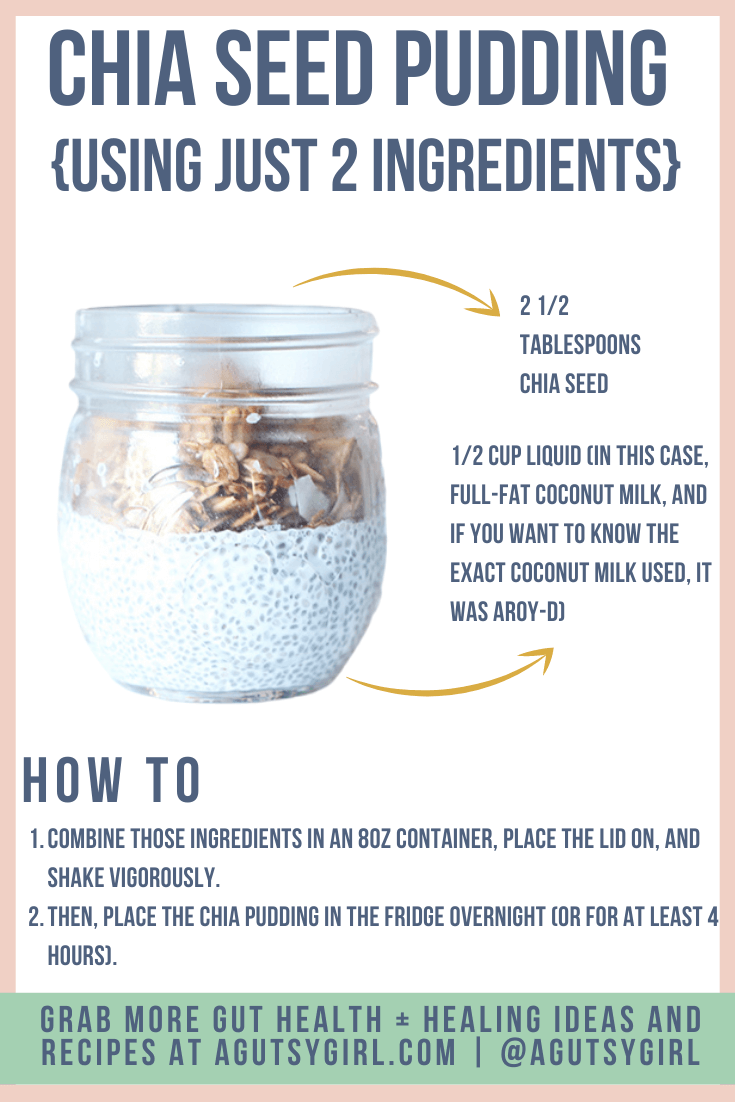 Years ago already, I worked with Nutiva. While there, I played with chia seeds on a weekly basis.

Therefore, I was constantly testing different quantities of chia seed to liquid when making chia seed pudding. In doing so, I came up with the perfect ratio.

The ratio is as follows:

But wait, there’s more. To make this simple 2-ingredient recipe, all you need to do is:

Okay, so now you might be curious about chia seeds and gut health. 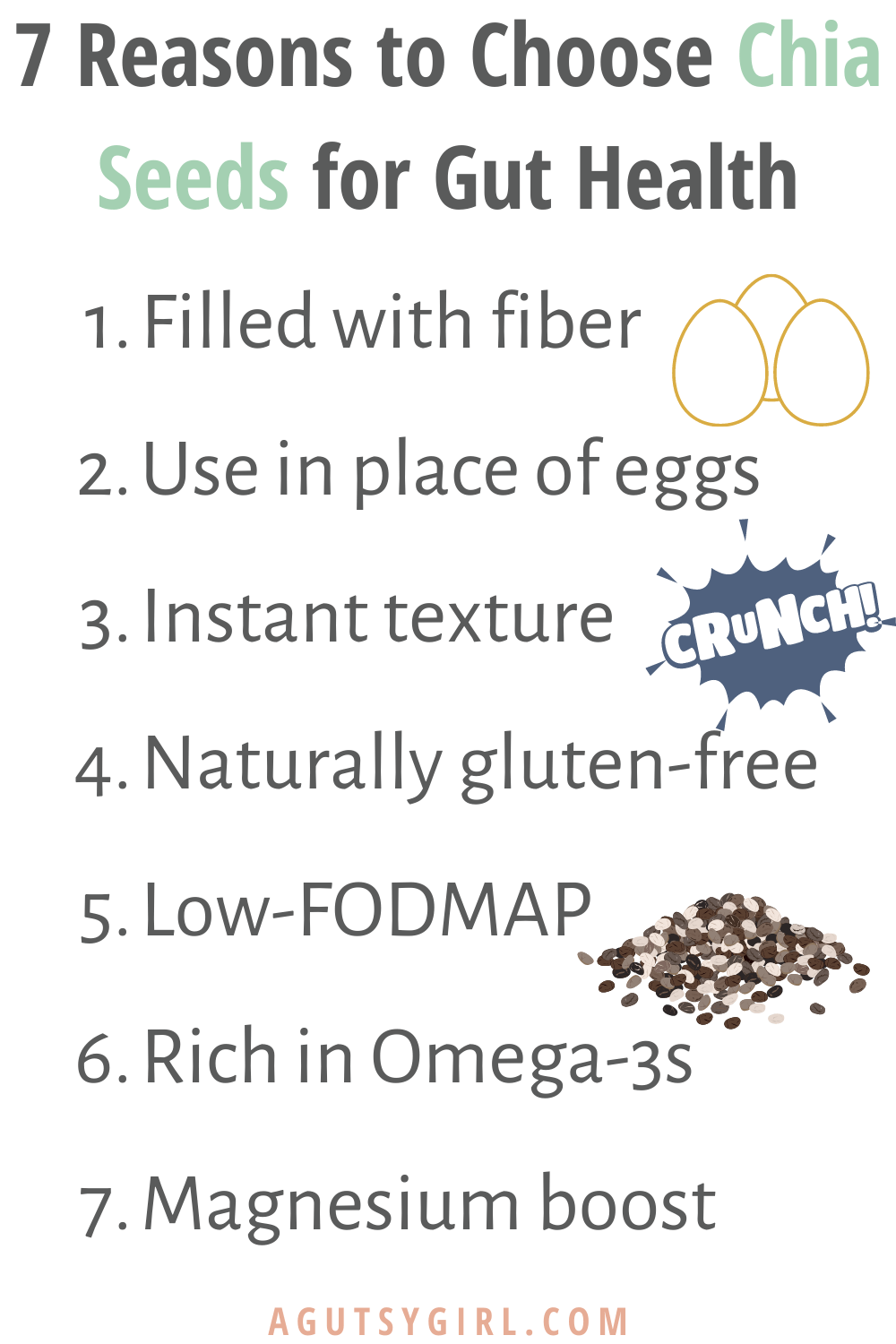 Honestly, if you’re constipated, these could really help you (if you consume them properly – i.e. with enough liquid).

And while there are always two sides to every “healthy” story, I do stand by these 7 reasons to choose chia seeds for gut health.

While chia seeds are packed with awesome things and relevant for most on an optimal gut healing and/or gut health journey, I would be remiss if I didn’t tell you that they are not for everyone.

Then again, there is nothing that is for everyone.

The “Other” Side to Chia Seeds for Gut Health

In A Gutsy Girl’s Bible, I state,

Chia Seed, Flax Seed, Psyllium Husk and Hempseed (Many of you will be okay with these; some will not. There are different theories on them, but some sources say that bacteria tend to feed nicely on them and therefore some are unable to tolerate. Some of my recipes include them. Make the best decision for you.)

Some gut health gurus say to be cautious of them because they contain phytic acid, which is an antinutrient.

Other gurus caution them because they are a pseudo-grain. 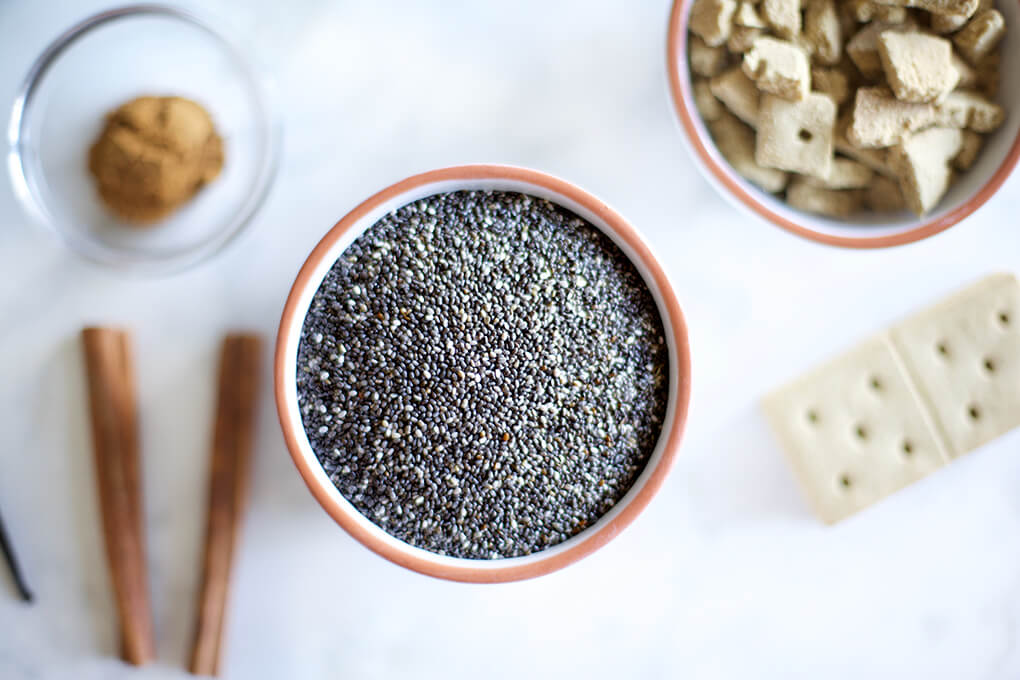 And finally, while those with a thriving gut might love the high-fiber content, not everyone is ready for that. Do note, though, that chia seeds are much easier to digest when made into a pudding due to the liquid addition. A lot of fiber should be accompanied by a lot of liquid for optimal digestion.

Okay, so now that you know why the miniature seed is powerful for gut health and how to easily whip up a chia seed pudding base, let’s get fancy. 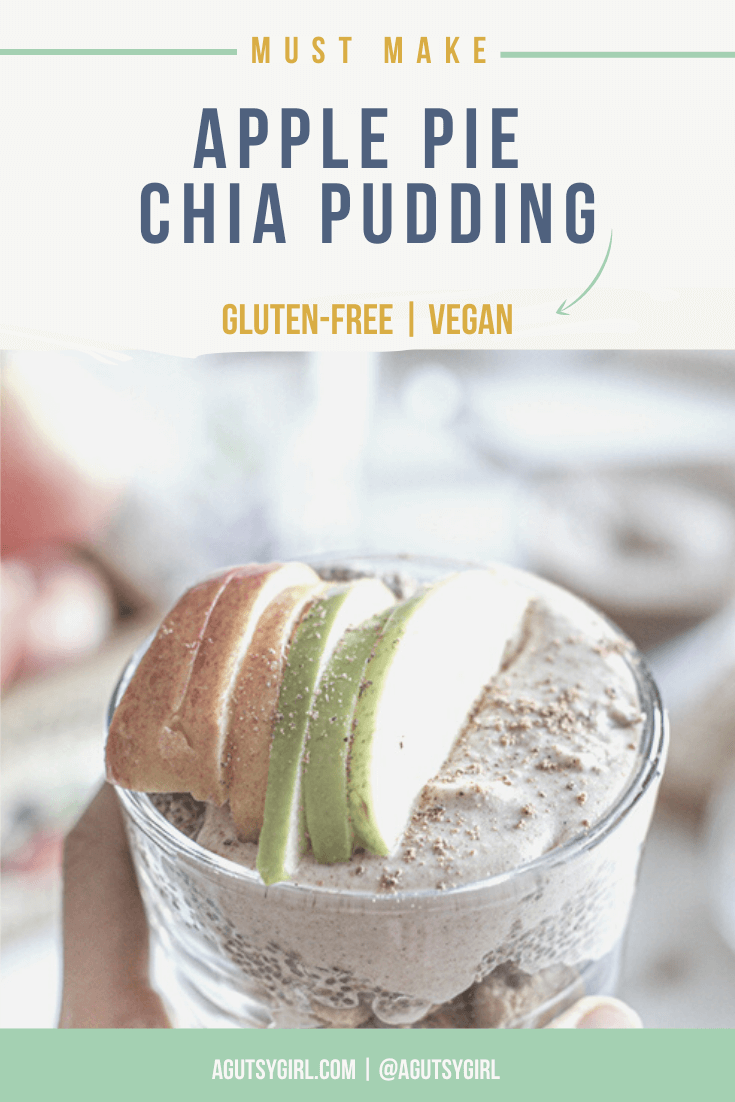 Of course this was a fall-inspired treat, but it’s a recipe that can be loved year round.

You don’t have to add the Cinnamon Vanilla Whipped Cream to the top, but I promise it’s a piece of the pie (pun intended) that pairs perfectly with the Apple Pie Chia Pudding. 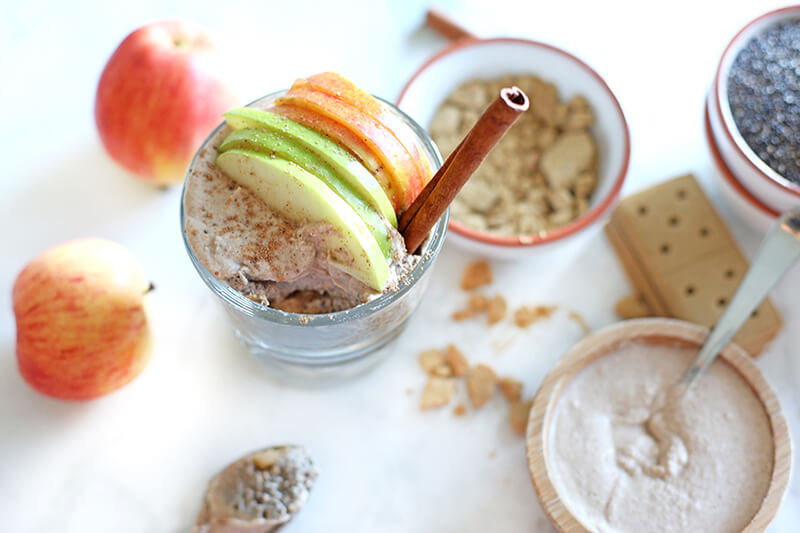 
And there you go. Is that everything you wanted to know about chia seed pudding or what?!