There are 6 reasons why I am not Paleo. Ready for them?

Robb Wolf gives a fantastic overview of, “What Is The Paleo Diet,” and in it he provides the basics for:

The Paleo Diet seeks to provide everything from more efficient workouts to reduced allergies and fat loss to stable blood sugar.

Most assume I religiously follow the Paleo Diet. I don’t. And you should know that many people who preach Paleo and pump out Paleo-ified recipes aren’t necessarily accurate either.

Note: I still mark my recipes according to what they are so that, in case you do follow a specific diet, you instantly know if you can enjoy the recipe or not. I.e. gluten free, Paleo, egg free, soy free, dairy free, grain free, sugar free, etc.

The use of baking powder is not why I am not Paleo.

Here are my 6 reasons.

6 Reasons Why I Am Not Paleo 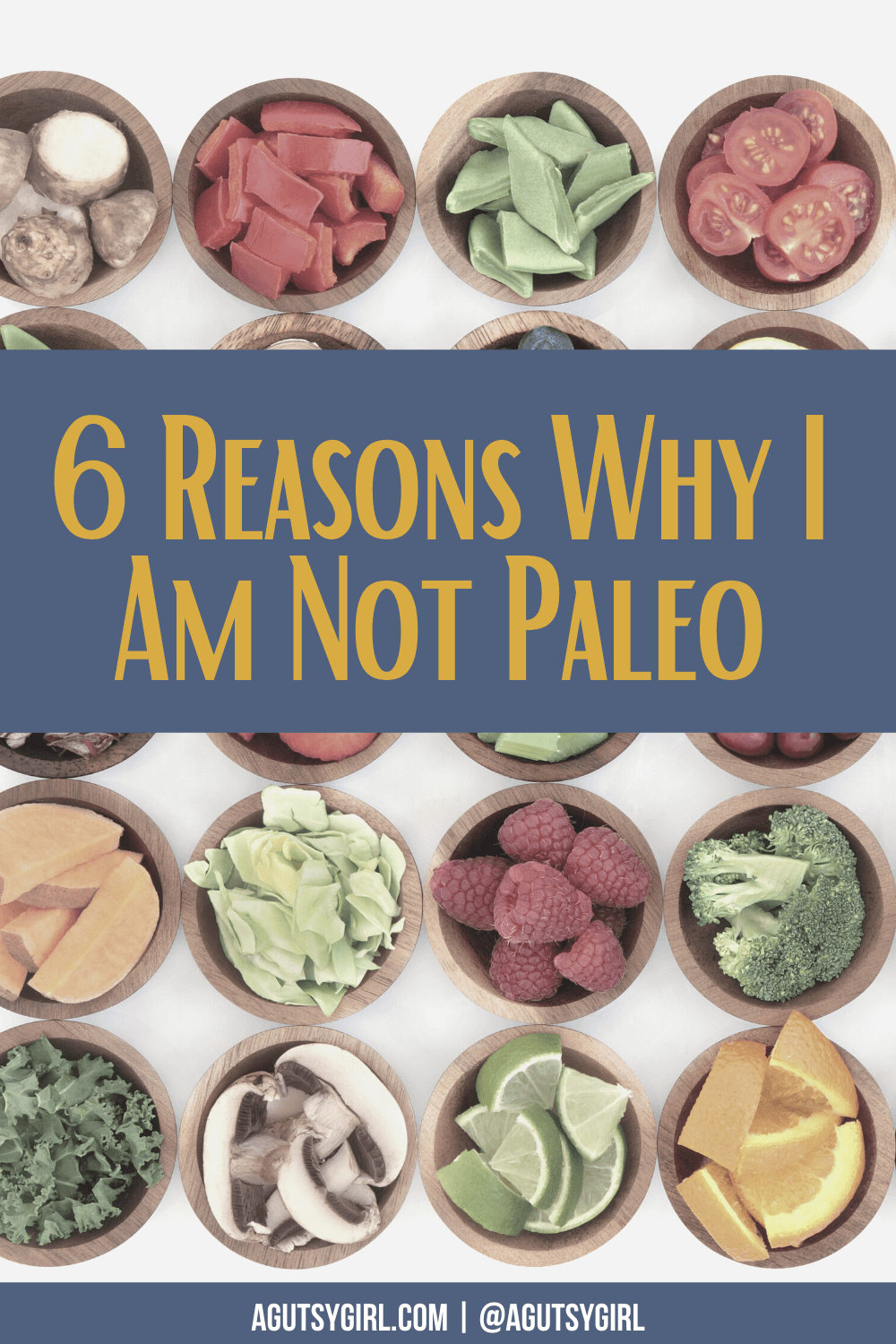 Now listen, I realize that following any given diet doesn’t have to be as strict as what I laid out above.

The point of this post is to tell you that there is no one diet that is the diet for you.

There are only templates (i.e. Paleo, GAPS, low-FODMAP, Whole30, etc.) that can be a starting place for you and your healing journey.

In fact, here are a couple resources to help you create your own diet:

As for me, I follow my own GAPS Diet, which stands for:

It’s such an awesome “diet” because it fits me like a glove.

And that is precisely my point.

This isn’t about the 6 reasons why I am not Paleo. This is the fact that everyone tries to mold into a perfect way, a perfect diet.

There is no such thing – even if you have IBD or IBS.

There is one way that works.

That way is your way. It is carefully crafted and created. It can take a very long time to nail it down, but once you do, I guarantee your life will forever be changed.

Define a lifestyle for you. Heal in a way that suits your best interest.

And don’t forget that journal to guide you. 🙂