Let me first remind you that IBS and IBD are not the same things. In fact, if you watched the 60 Minutes segment on the microbiome recently, they are perhaps not even clear on the differences.

I was livid when someone called IBD, “Irritable Bowel Disease.” Um, no. I mean, could they not have edited that part? A simple edit to what it really is, “Inflammatory Bowel Disease.” Then again, they got many things wrong during the microbiome and probiotic segment.

Anyways, if you’re still confused, check out the differences between IBS and IBD. 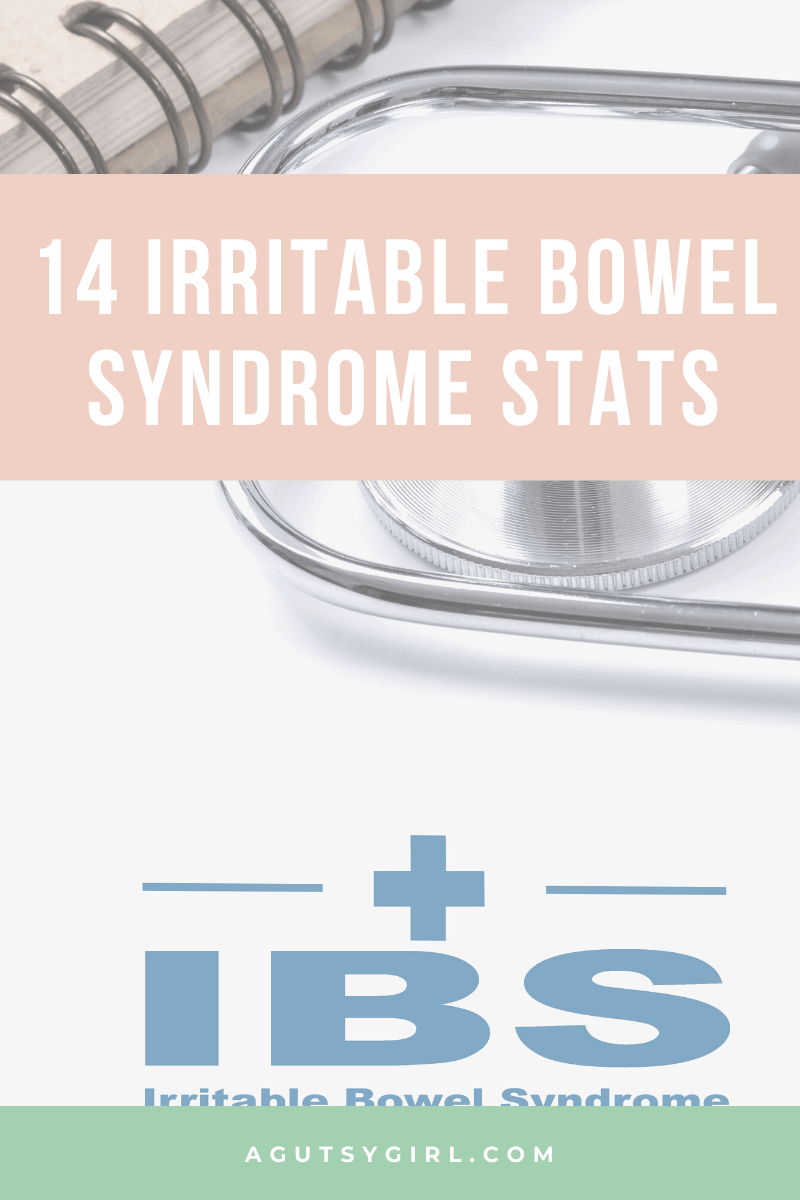 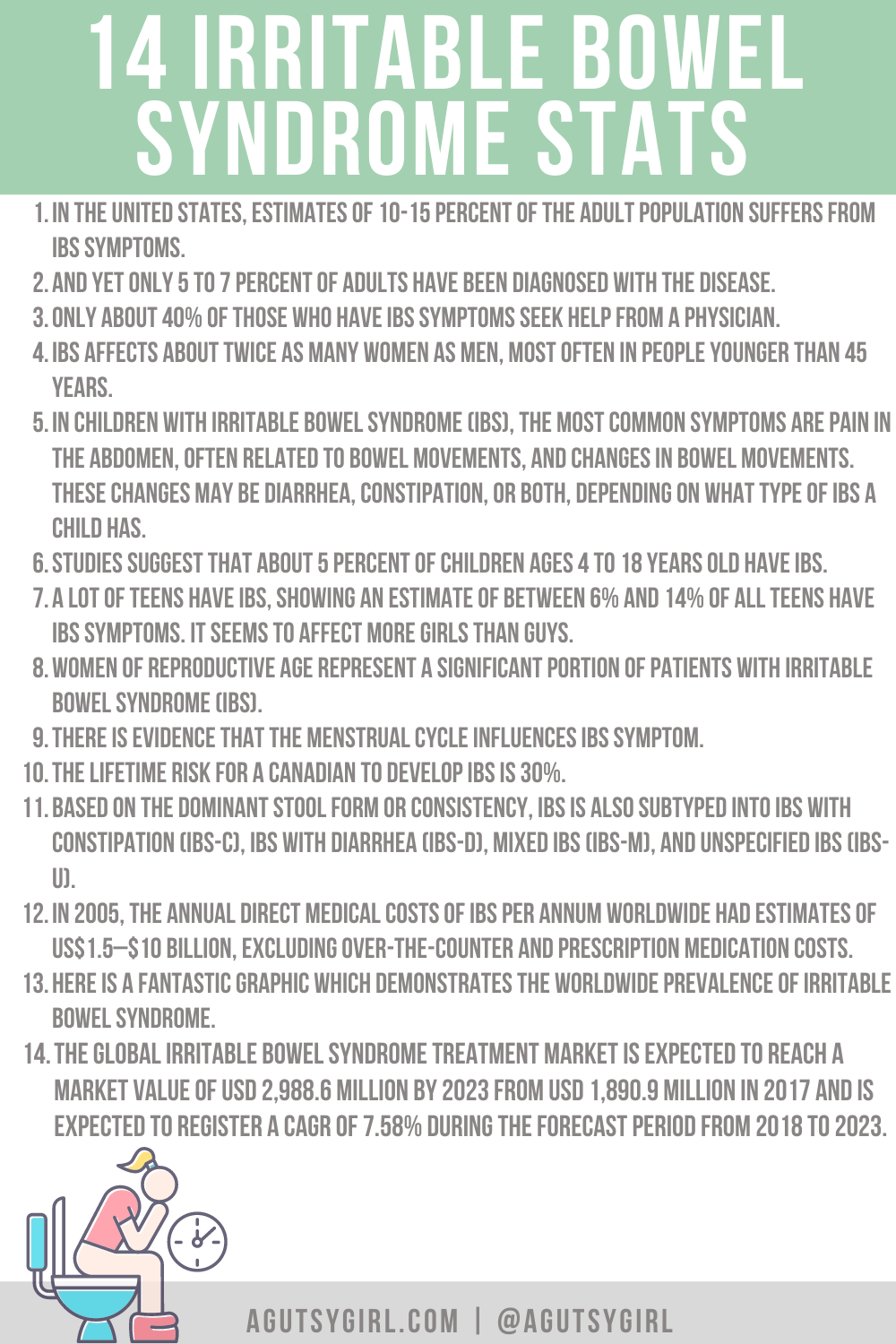 I’ve been predicting it for a long time, but the work I have been doing for a decade will only become more relevant.

Here is a great depiction of the market size of those with either IBS-C or IBS-D from Grand View Research. 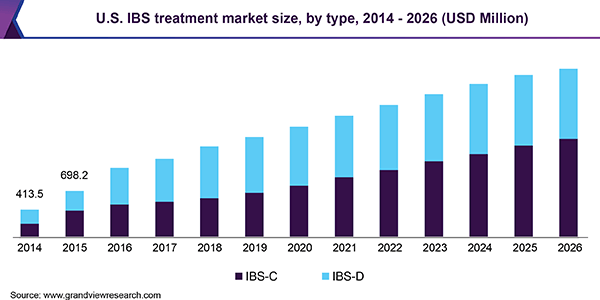 It’s there to see in plain sight.

Those who need treatment options and solutions are on the rapid increase.

The problem is that what this graph is trying to show is how much money there is to be made with drugs and medications.

While that might be an initial and/or temporary mask for you, it’s definitely not the forever solution you’ll need. This is because you’ll need to also work hard at managing IBS with diet and lifestyle as well.

And last, but certainly not least, you’ll need to identify the root cause. Read more on that via the 7 roots causes of IBS below.