There is nothing brilliant about this 2 ingredient no sugar cinnamon sugar, except that it is.

And I’m not talking brilliant because of the 2 ingredients it consists of.

I am talking brilliant because the combination just is, all on its own.

One day, not too long ago, Samarah said she wanted some cinnamon and sugar on toast with butter. I was instantly brought back to a time when life was simpler and eating was basic…..childhood. 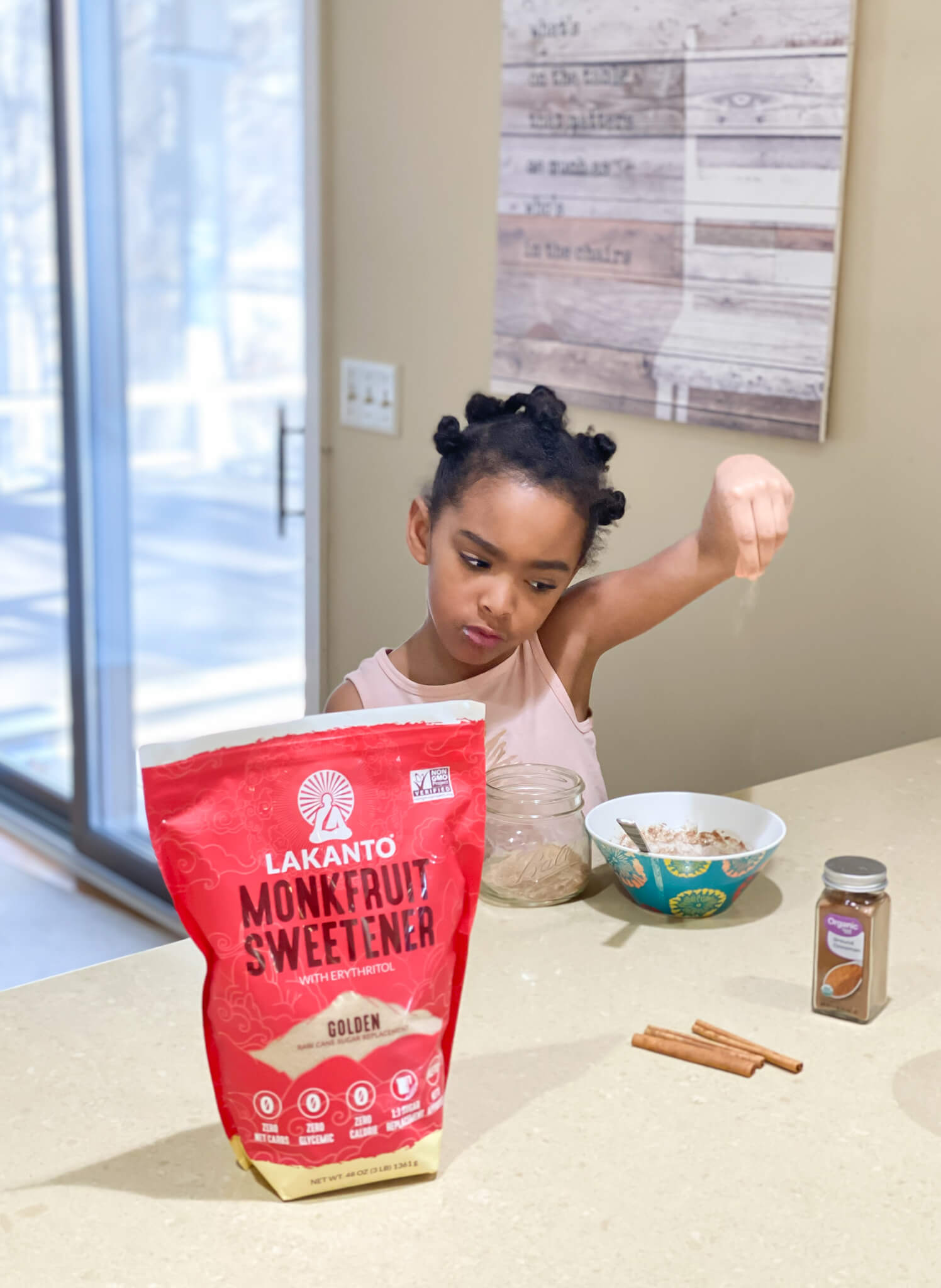 I remembered what we would do:

Anyways, there is nothing wrong with the original, if that’s what you have access to and want.

But if you’re in the gut health or gut healing phase, I’m certain there is a better way to make this concoction and still enjoy it. 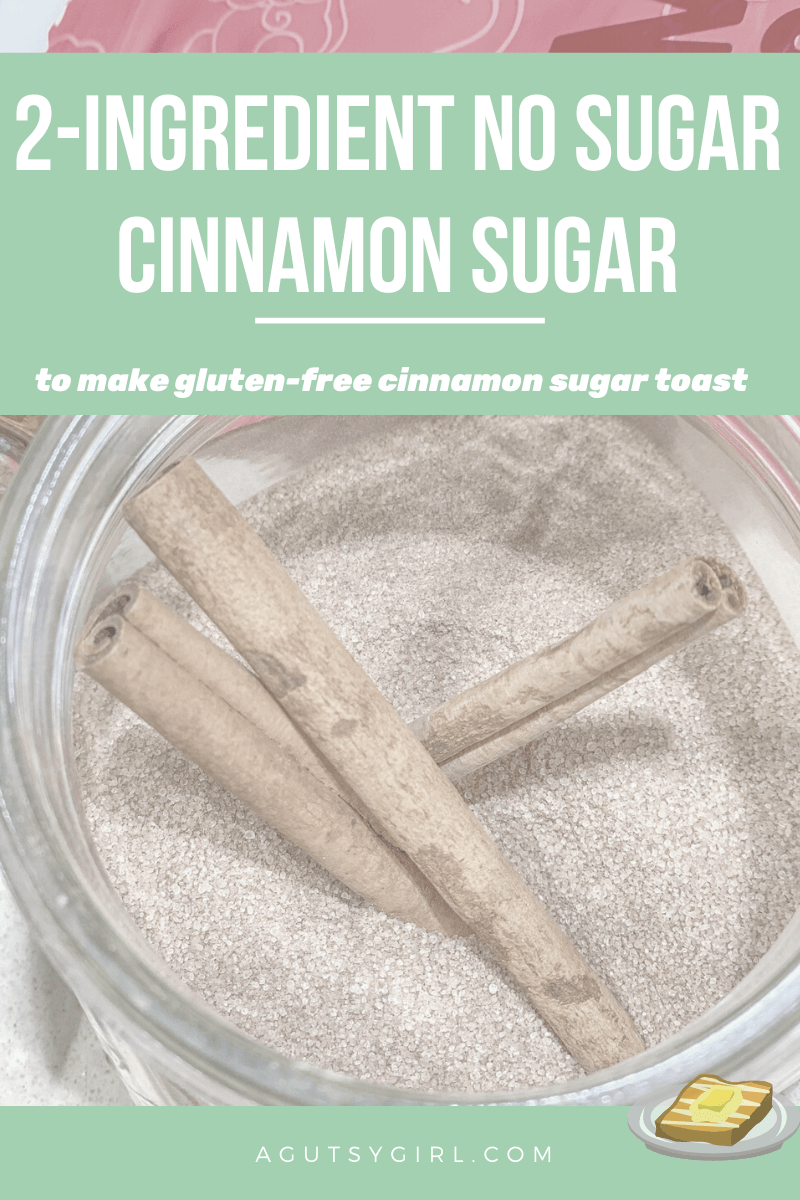 This is all you need to make my 2-Ingredient No Sugar Cinnamon Sugar:

The exact proportions I used were 1/2 cup monkfruit plus 1 tablespoon ground cinnamon.

I then poured it into a mason jar and stuck a few cinnamon sticks in for good measure (you don’t have to do this).

Once your cinnamon sugar is made, you can taste it to see if it’s the right balance of cinnamon and sugar for your taste preferences. 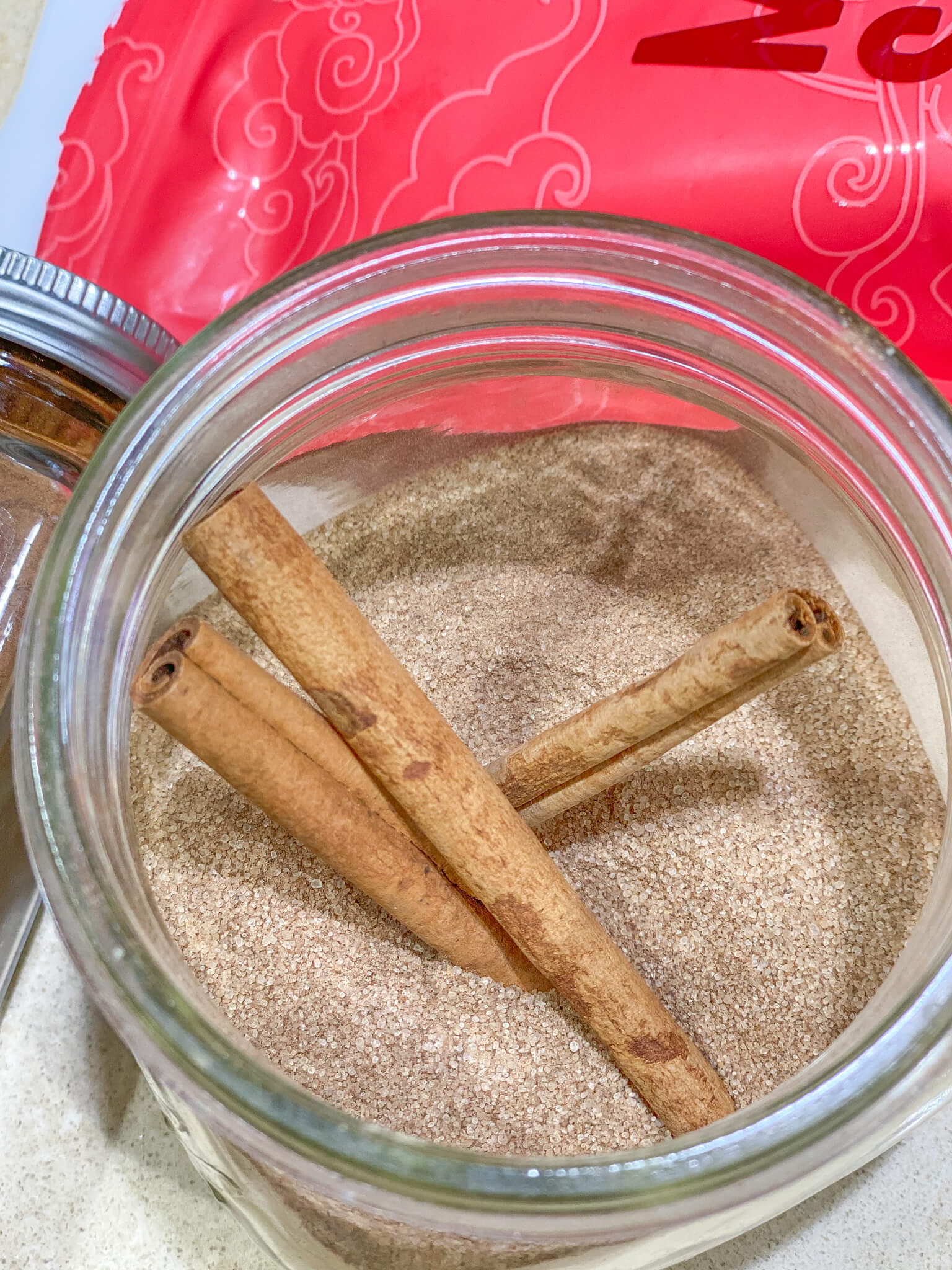 Here are some other ideas to make a more gut-friendly cinnamon sugar toast:

Now here’s why this is brilliant for now. Immediately after Samarah asked me to make this for her, my friend Joe posted this on Facebook. 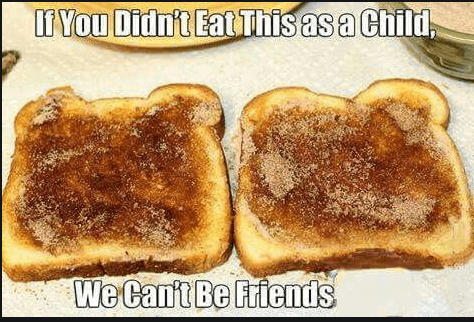 Super bizarre! I haven’t heard anyone talk about cinnamon sugar toast in forever. Is it a trend that’s coming back around?

I know there’s the camp of people who will say, “Why does this have to be a no-sugar sugar recipe?” It’s not even very much sugar, can’t I just use the real thing?

Yes, yes, yes – and yes, I do think that some of you even with gut health issues might be better off with a little of the real thing vs. going a nonnutritive route.

That said, here is why I wanted to share this idea:

Ready to dig in? 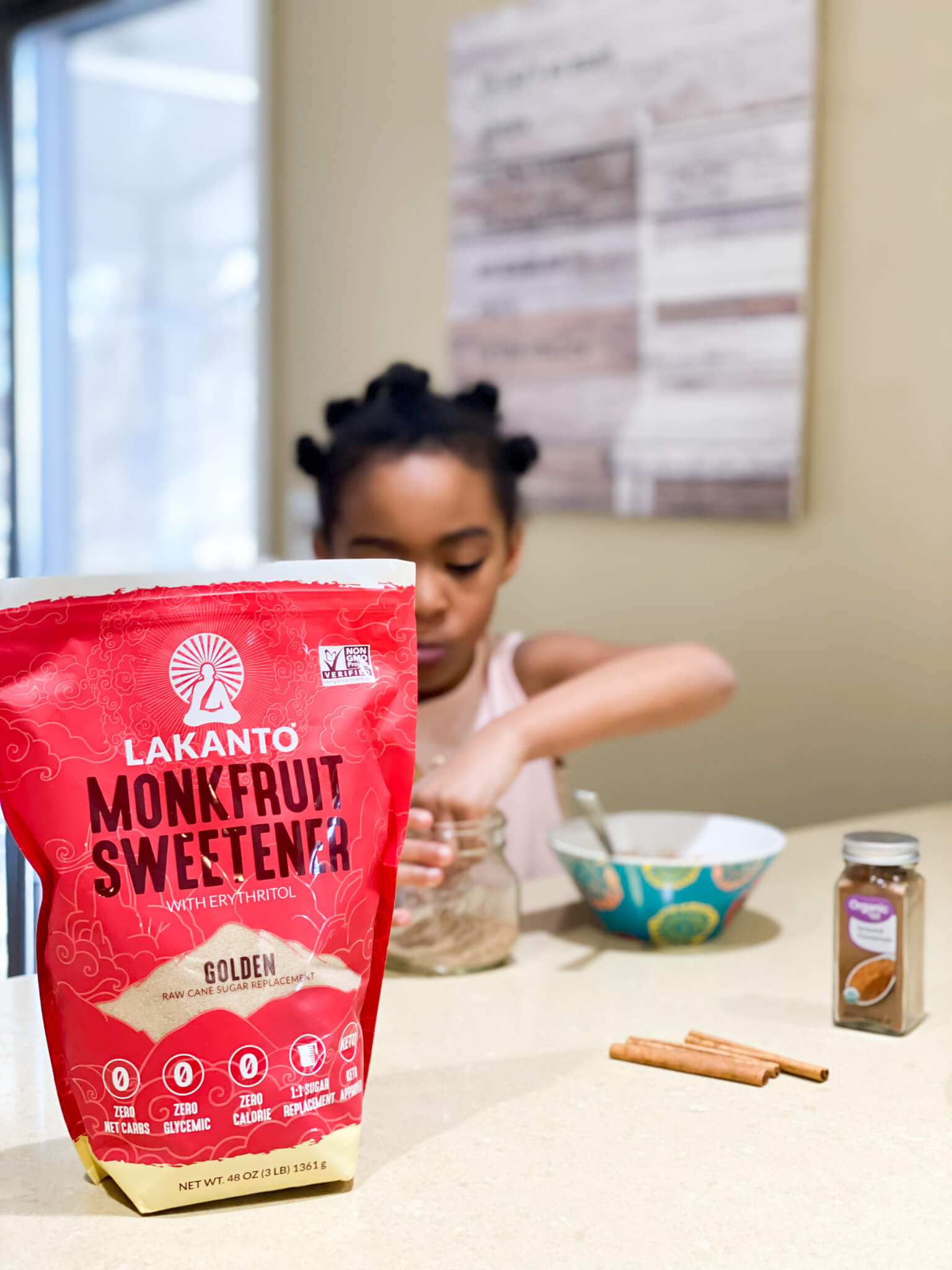