This week during my Gut Health Course, we dove deeper into the Microbiome. So today I want to share with you what I believe is the secret to a healthy gut microbiome.

At one point, the statement was made,

The best insurance for a healthy microbiome is variety.

The Secret to a Healthy Gut Microbiome 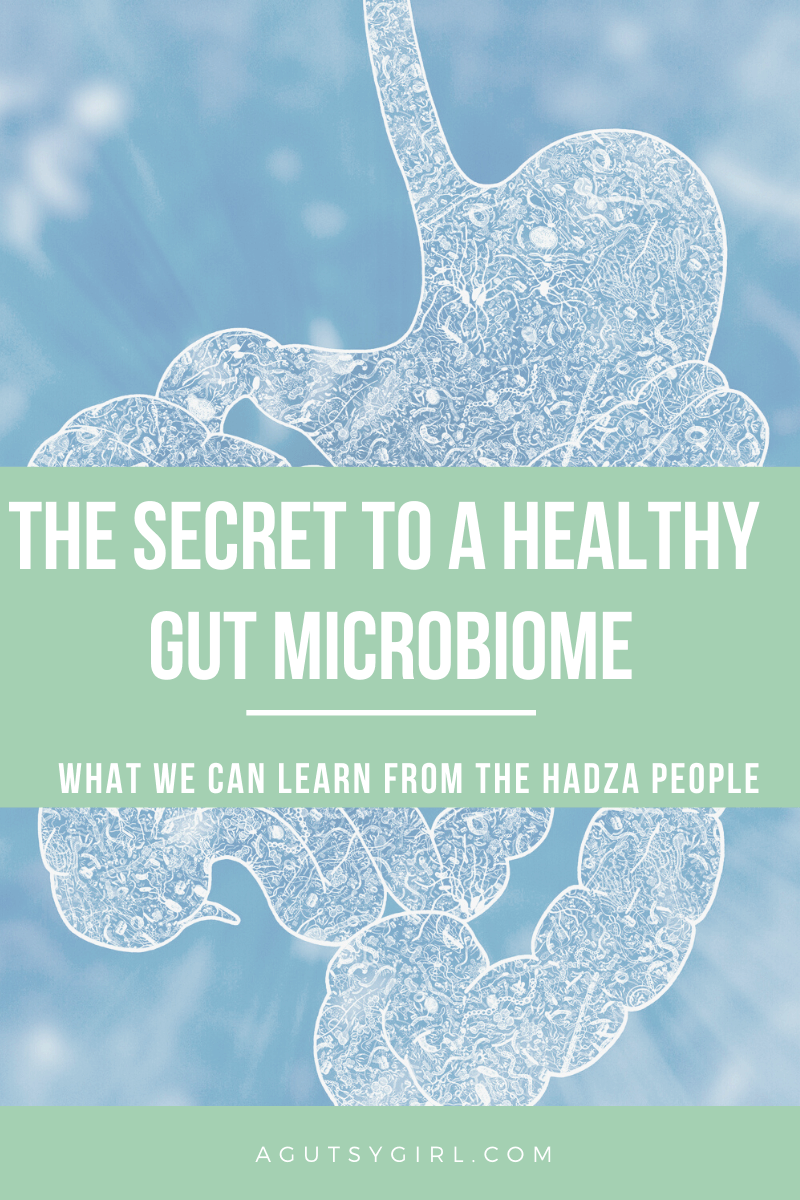 When I heard it, I was taken back to my lengthy conversation with Kiran Krishnan (microbiologist) last year. In addition to giving me his 3 simple things you can do for your microbiome today, he also said….

And eat a little bit of everything (or something to that effect).

I remember us talking for quite some time about this concept. He wasn’t referring to everything, as in eating more of the SAD (Standard American Diet). Instead, that we should not exclude entire food categories if it’s not medically necessary. In fact, as it relates to SAD, I learned this week:

The Standard American Diet (SAD) seems to correlate with lower diversity, which can lead to chronic health conditions.

But today, if you want my honest opinion, it seems like everyone shoots for “less is more healing.” And I also believe that:

The Hadza People of Tanzania

You can research this yourself if it’s interesting to you, but the Hadza people of Tanzania were studied due to their large microbial diversity.

A study was conducted with 350 fecal samples collected from the Hadza people over the course of a year. These samples were from two culturally and geographically similar camps located within 7 km of each other during a 12-month period spanning five subseasons, representing 188 recorded unique individuals.

What they found was that, between the various seasons, striking differences were observed in their gut microbial communities. Some taxa (the various classifications of living organisms) apparently disappeared, only to reappear when the seasons turned. Further comparison of the Hadza microbiota with that of diverse urbanized peoples revealed distinctly different patterns of microbial community composition.

According to an NPR article, “The trend was clear: The further away people’s diets are from a Western diet, the greater the variety of microbes they tend to have in their guts. And that includes bacteria that are missing from American guts.”

So what’s the difference?

The traditional American diet consists of:

This diet, in conjunction with other things, is essentially wiping out species of bacteria from our intestines.

On your gut-healing journey, you’re not likely eating a lot of overly processed foods or refined sugars (right??)

However, you are likely sticking to lower fiber and cutting many foods out of your diet.

To that end, here is something interesting from the Hadza people study,

During the dry season, Hadza eat a lot of more meat — kind of like Westerners do. And their microbiome shifted as their diet changed. Some of the bacterial species that had been prevalent disappeared to undetectable levels, similar to what’s been observed in Westerners’ guts.

But then in wet season — when Hadza eat more berries and honey — these missing microbes returned, although the researchers are not really sure what’s in these foods that bring the microbes back.

“I think this finding is really exciting,” says Lawrence David, who studies the microbiome at Duke University. “It suggests the shifts in the microbiome seen in industrialized nations might not be permanent — that they might be reversible by changes in people’s diets.

“The finding supports the idea that the microbiome is plastic, depending on diet,” David adds.

So what exactly do they eat? From my research, here are some specific things I found:

It has been stated that they eat an amazing variety of plant and animal species (around 600, most of which are birds).

The answer to this question is both yes and no.

While studying the Hadza people, a man spent three days eating and living like them. He tested his stool prior to going, and immediately after the three days. Here is what happened:

The results showed clear differences between my starting sample and after three days of my forager diet. The good news was my gut microbal diversity increased a stunning 20%, including some totally novel African microbes, such as those of the phylum Synergistetes.

However, shortly after, his gut microbes had virtually returned to where they were before the trip.

Let’s be very real and honest with ourselves. There is zero percent chance that living anywhere in America will allow you to ever eat as the Hadza people eat.

That doesn’t mean we can’t extract a ton of tangible actions from what we learned.

Okay, so what should I do?

Here are the two main points to take away for your own gut healing and then gut health journey:

And right now, you’re sitting there feeling both inspired by it all, but  you are also facing reality.

I beg to differ. You can, maybe just not today. Ready for more? Next up, “How to Achieve Optimal Microbiome Diversity.”