Not to scare you with this title, but the fact remains: people are actually searching IBS or Colon Cancer. And they are searching it a ton.

It’s World Cancer Day, so this is the unavoidable Gutsy topic we’re digging into. 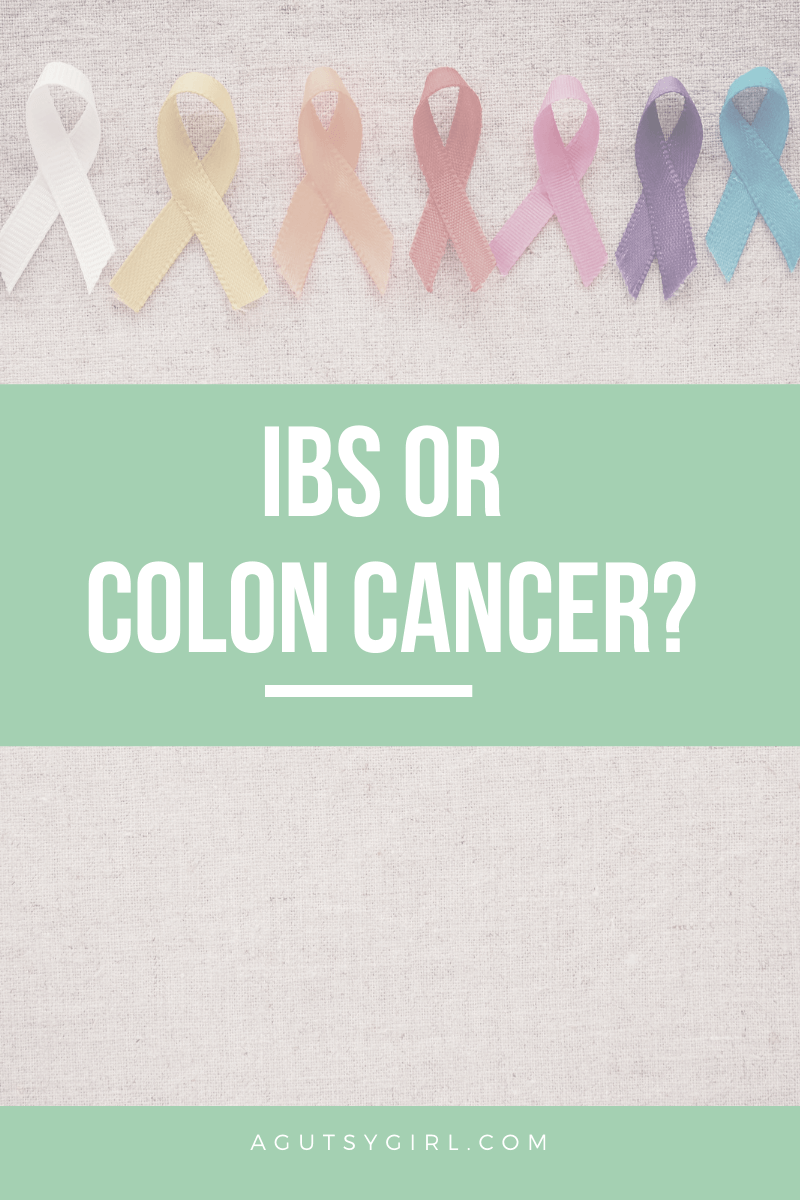 Here’s the problem with the IBS or Colon Cancer question: symptoms are similar.

This is a compilation of IBS symptoms for both IBS – C and IBS – D as documented via What is IBS-C and D. 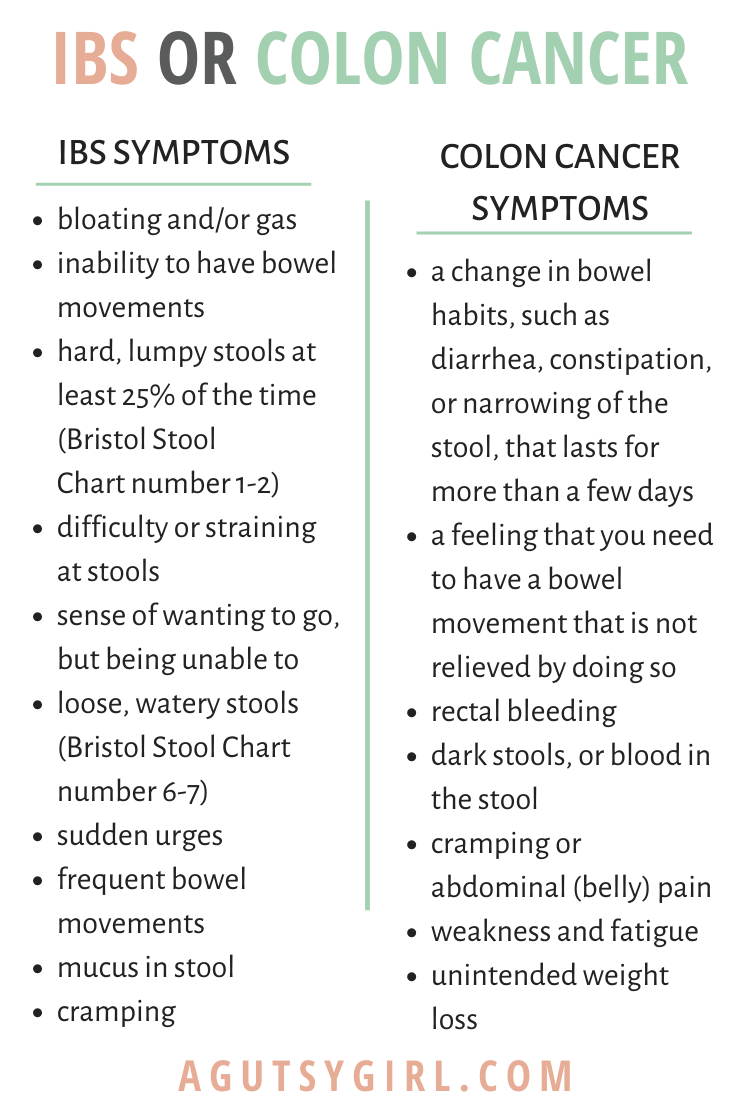 According to the American Cancer Society,

Many of the symptoms of colorectal cancer can also be caused by something that isn’t cancer, such as infection, hemorrhoids, irritable bowel syndrome, or inflammatory bowel disease.

And here are some of those symptoms:

Unfortunately, oftentimes, the symptoms as outlined above don’t fully show up until the Cancer has been diagnosed.

Gertrude Stein wrote, “A rose is a rose is a rose.” I know you think I’m much cooler now that you know that not only was I part English major, (yeah, you’d never know it on this website sometimes, though!) but within the English portion it was Poetry I studied.

In other words. while doctors do make the IBS diagnosis every single day, it’s not truly a diagnosis. Irritable Bowel Syndrome is a term given to those with a set of symptoms who have not been diagnosed with anything else….yet.

The yet is key here.

I’ve never met someone who was diagnosed with IBS and, if they continued seeking answers, did not arrive at a more formal diagnosis.

Please don’t misunderstand this as me saying, “If you have IBS, it’s probably Colon Cancer.” Not by any definition is that what I’m referring to.

What I am saying is that IBS is very non-specific, and more often than not, there is more to the story.

Although a primary concern of IBS patients is their potential risk of developing colorectal cancer (Rey and Talley, 2009), few studies have evaluated the long-term course of IBS.

However, HERE is a study that took it on.

Their conclusion was as follows:

Without a Colon Cancer diagnosis, I’d guess that almost every single person with Colon Cancer has (or would be told they have) IBS.

But also without a Colon Cancer diagnosis, every single person who has IBS (or told they have it) does not necessarily have Colon Cancer.

This is why being proactive and getting the appropriate tests is critical. Literally, it could be the difference between life and death. And in case you want to read more about this, check out Colon Cancer Stage 4.

Unless you have very specific Colon Cancer signs and symptoms, I don’t think you need to assume you have it and get the exact Colon Cancer tests immediately.

There are so many other gut health tests to start with.

Yes, it’s confusing. Here are some sources I have to help get you started:

But if you want to test for Colon Cancer, here are the options (as provided by the American Cancer Society)

The Cologuard test is a non-invasive stool DNA test. According to the Mayo Clinic, “The stool DNA test looks for abnormal DNA associated with colon cancer or colon polyps. The test also detects hidden blood in the stool, which can indicate the presence of cancer.”

Upon testing, in the event that the cancer was not caught early on, Metastatic Colon Cancer can be the diagnosis.

If this is the diagnosis given, that means the cancer has spread beyond the colon. In that instance, the cancer is advanced and usually at stage IV.

Guess what? I don’t need to research anything about Metastatic Colon Cancer. I know exactly what it is, what it means, and what it feels like the moment you’re told a loved one has it.

So guess what? You must do something today.

You know your body better than anyone else.

It doesn’t matter if it’s IBS, Colitis, Crohn’s, Celiac, SIBO, GERD, or even Colon Cancer, arriving at the right answer ASAP is critical.