Because gut healing is hard (and confusing), today I’m assisting you with answering the question, “Can I eat these top 12 fall vegetables?”

I was reviewing my top 12 fall vegetables list when I remembered that, despite their goodness, they are not appropriate for everyone at all times.

It all comes back to gut health vs. gut healing. 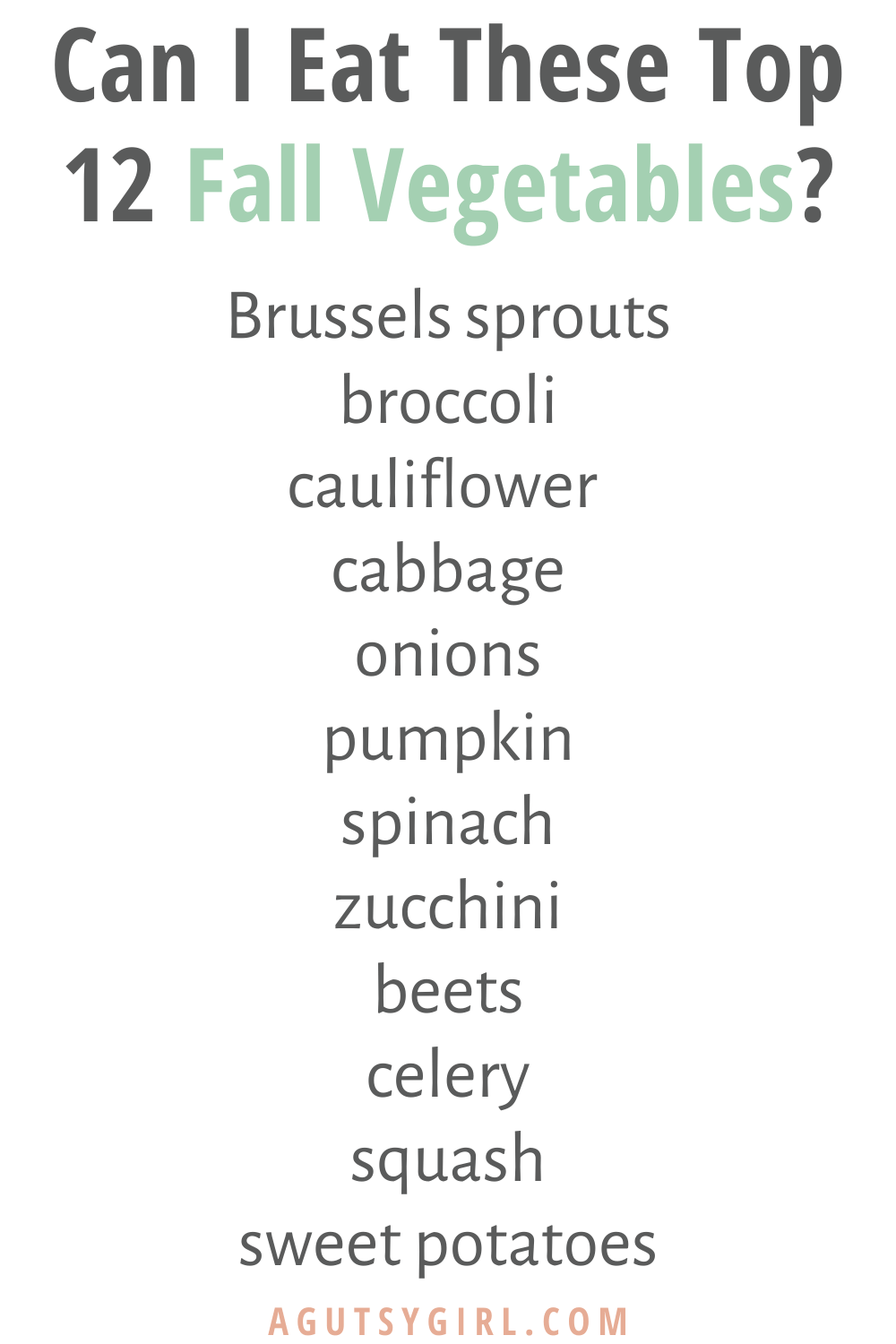 Of course there are many more fall vegetables; these are just my favorites.

But even though you might love them all, at all times they may not love you back.

And if you can’t, I remember exactly what that’s like so I want to help you drill down today. 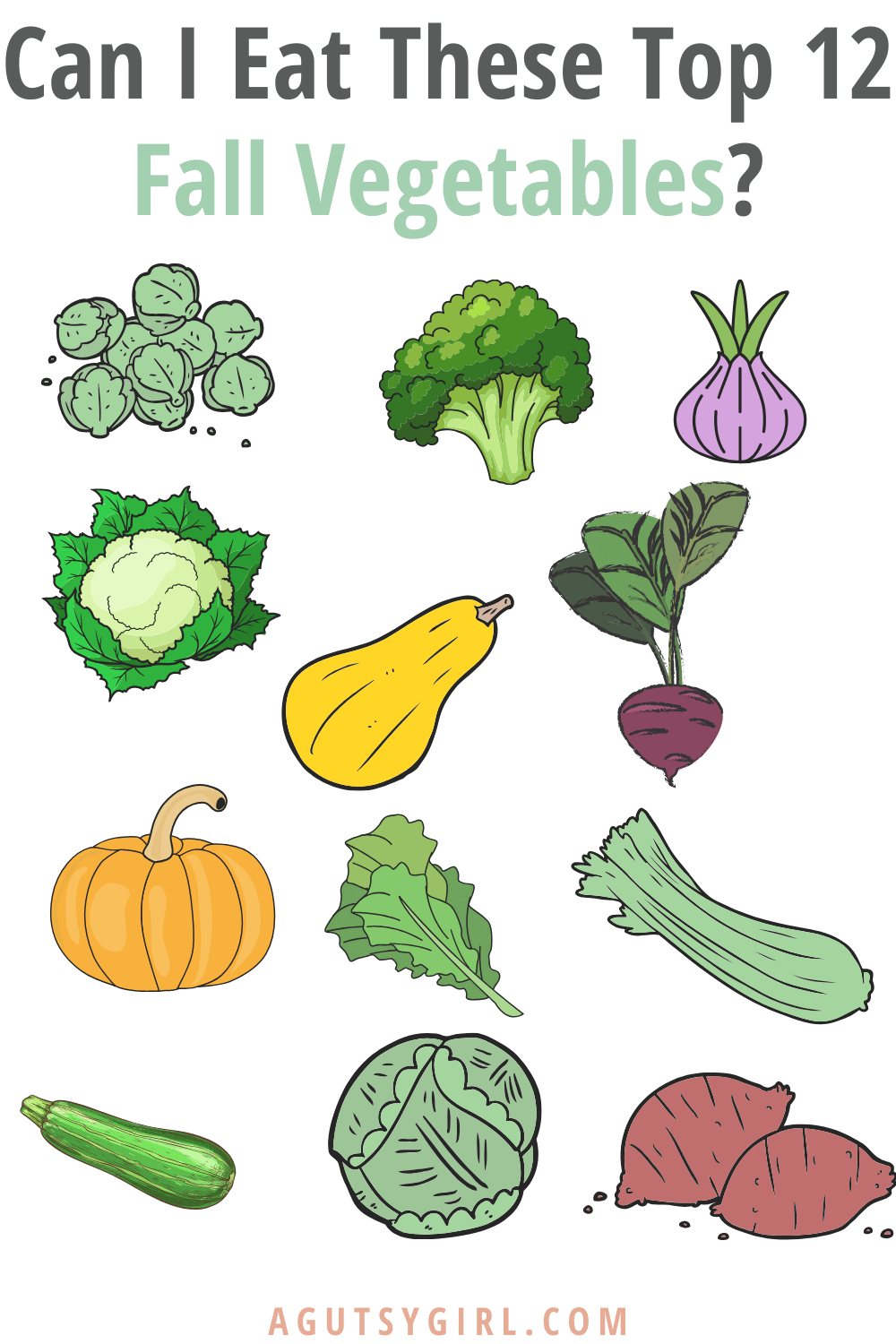 Can I Eat These Top 12 Fall Vegetables?

Note: This post is 100% for those of you who have IBS and/or IBD (or suspect one or the other or both). If you have zero gut issues, my opinion is that you should never take these (or anything for that matter) out of your diet just because. Trust me, that is a rabbit hole that once you start digging is hard to escape and can ultimately lead to gut hell. Let’s break it down by vegetable….

I get it and I get you. I know that all the vegetables in the world might not be for you; not now, not in this exact place on your gut healing journey.

Tell me: Of the fall vegetables on this list, which can you eat? Which can you not eat? Any favorites/least favorites? 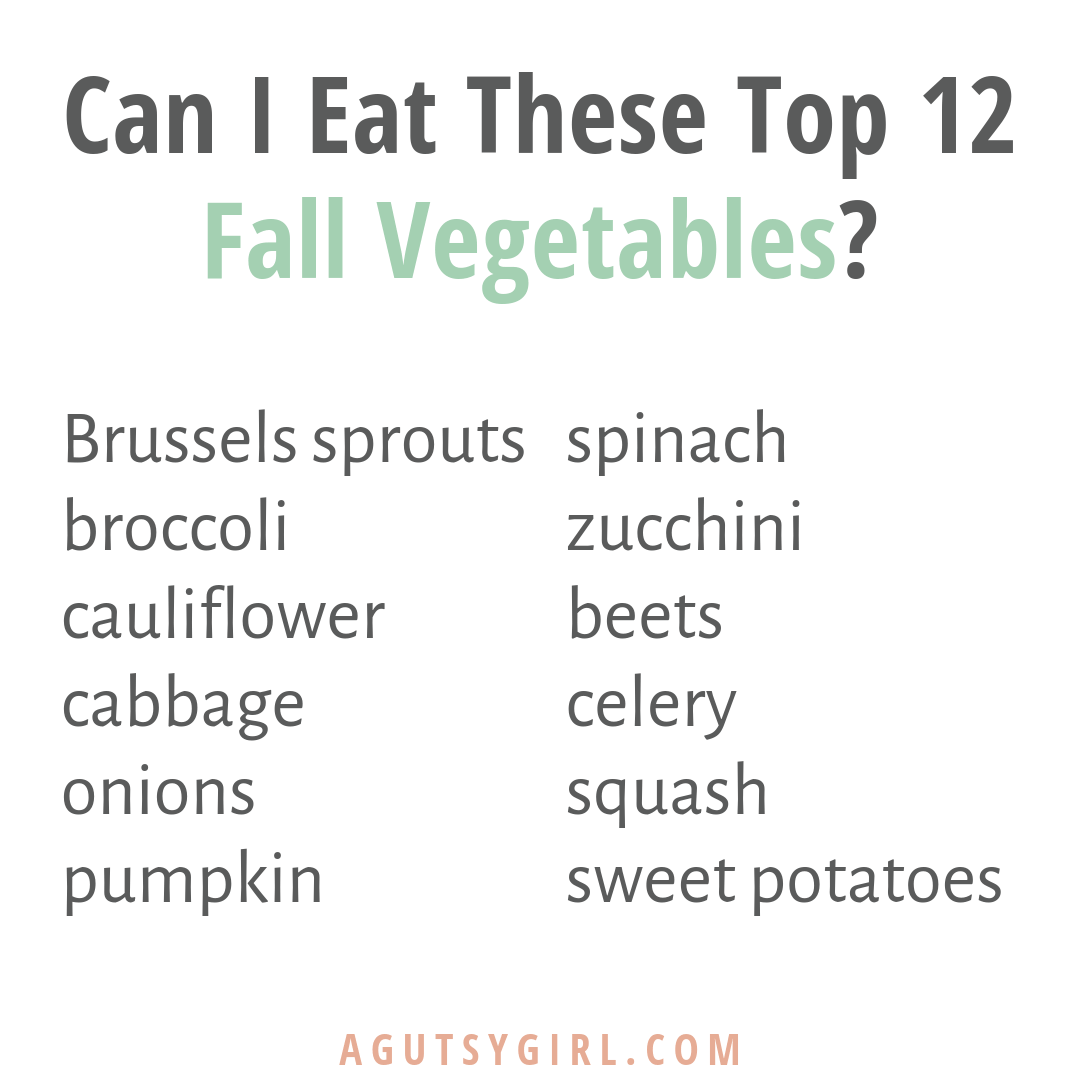