I’ve mentioned vitamin K2-7 before, so what does vitamin K2 have to do with the gut anyways?

If there’s a single vitamin you need to know more about, it’s vitamin K2.

Let’s explore it together today.

What Does Vitamin K2 Have to Do with the Gut 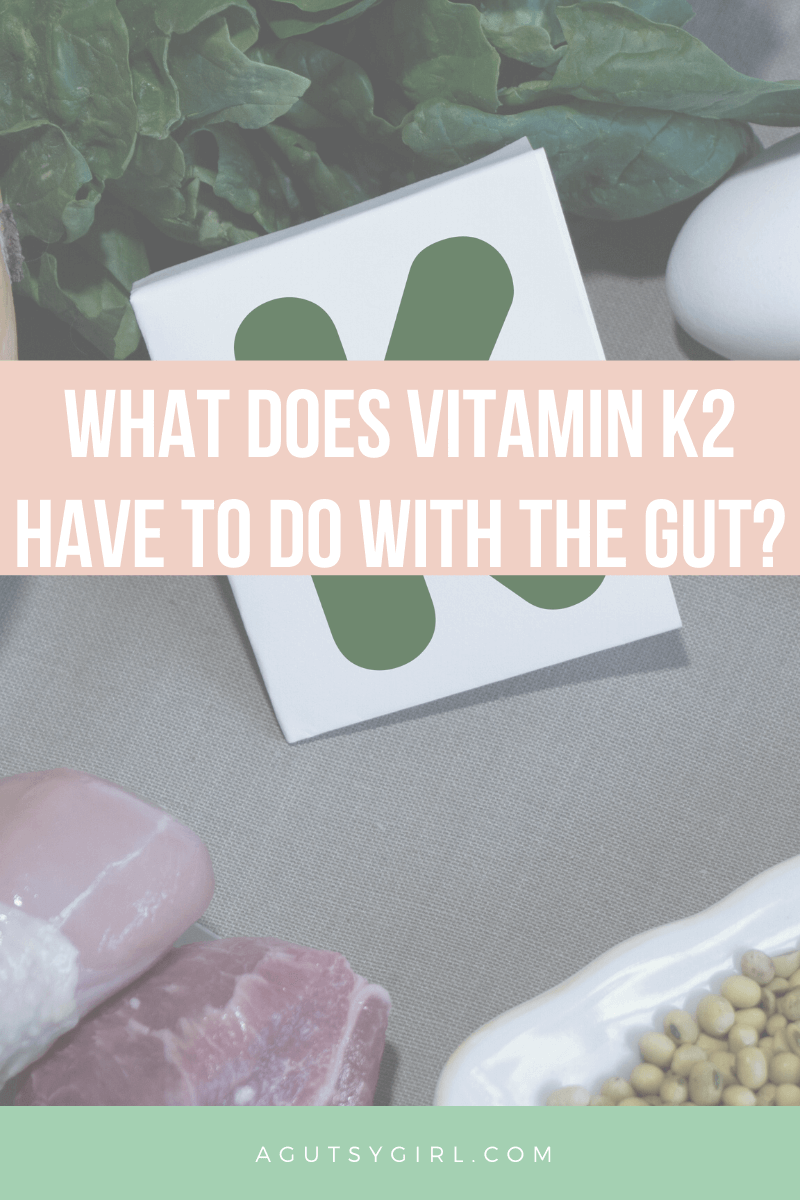 According to Healthline, “Vitamin K was discovered in 1929 as an essential nutrient for blood coagulation (blood clotting).

The initial discovery was reported in a German scientific journal, where it was called “Koagulationsvitamin” — which is where the “K” comes from.”

The vitamin also has roots from Weston Price, who I studied in depth during the very beginning of my healing (practicing the GAPS Diet). Weston was a dentist who studied teeth in various populations as an indicator of overall health.

He found that the non-industrial diets were high in some unidentified nutrient, which seemed to provide protection against tooth decay and chronic disease.

What is Vitamin K2

K2 is a key vitamin that more people should be familiar with. It’s critical for moving calcium out of the blood and into our bones.

K2 is the sister vitamin to K1. K1 is what’s found in leafy greens and responsible for coagulation (interferes with the medication warfarin which blocks coagulation). K2 is found more in dairy and meat products and is responsible for calcium metabolism. It’s also produced by our gut bacteria.

There are two main forms of vitamin K:

Vitamin K2 can be further divided into several different subtypes, the most important ones being MK-4 and MK-7. 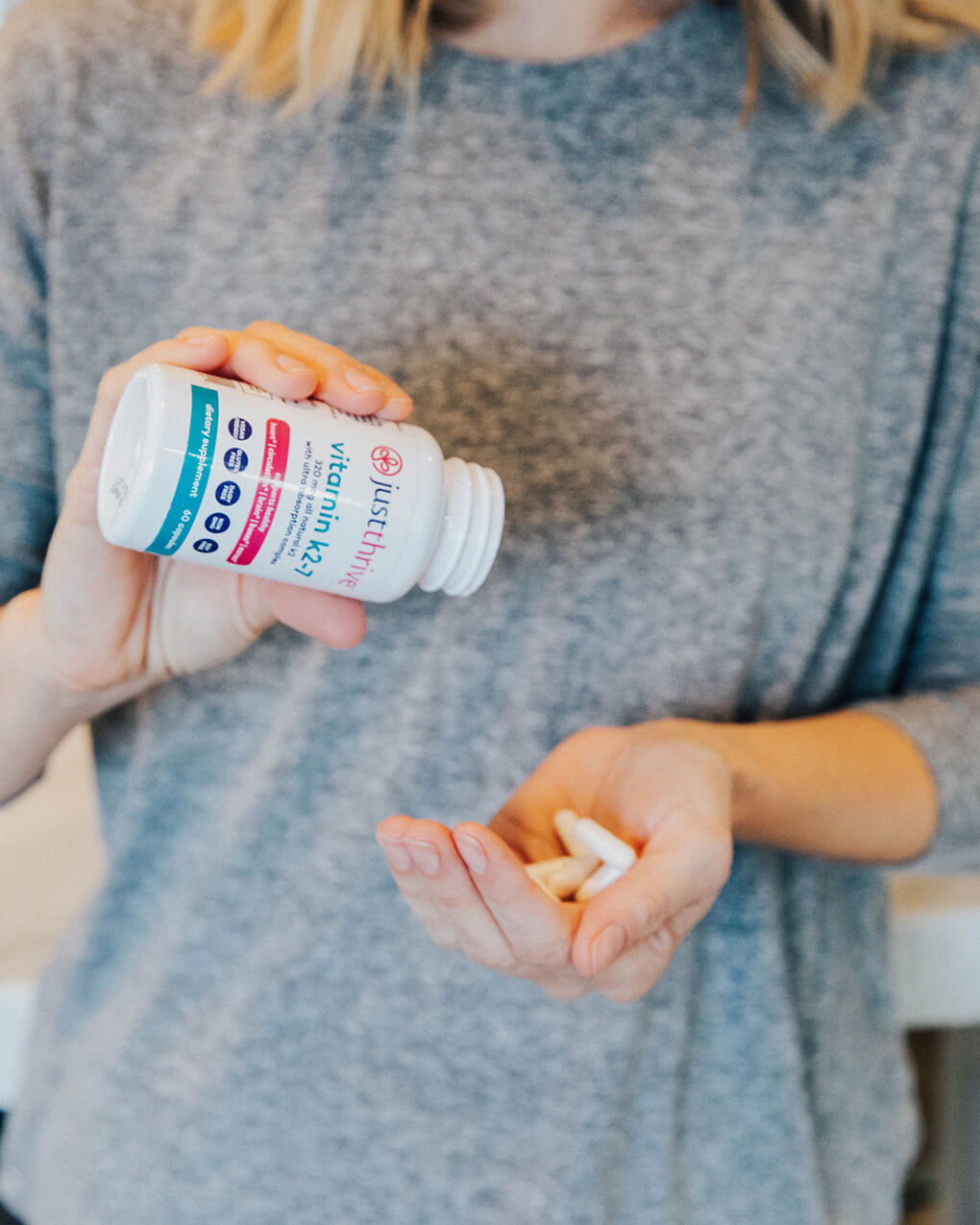 So then What Does K2 Have to Do with the Gut?

Calcium, teeth, bones…..so how is this even relevant to the gut?

Vitamin K2 is also produced by gut bacteria in the large intestine.

However, people with malabsorption syndromes and other gastrointestinal disorders, such as cystic fibrosis, celiac disease, ulcerative colitis, and short bowel syndrome, might not absorb vitamin K properly.

Like almost every other vitamin, mineral, and general nutrient I talk about (which will ultimately be all of them!) they have everything to do with you because you might not be absorbing properly.

In other words, always – every single vitamin, mineral, and nutrient – will be relevant for the Gutsy community.

How Much Vitamin K Do We Need?

While it’s clear that vitamin K2 is important, it’s unclear whether or not you need to supplement. Furthermore, there isn’t a great way to test for vitamin K currently, so you’ll need to work with your doctor if you suspect a deficiency.

The adequate intake for females 19+ years is 90 mcg.

Here is a list of the top 10 (most common) foods that contain vitamin K2: 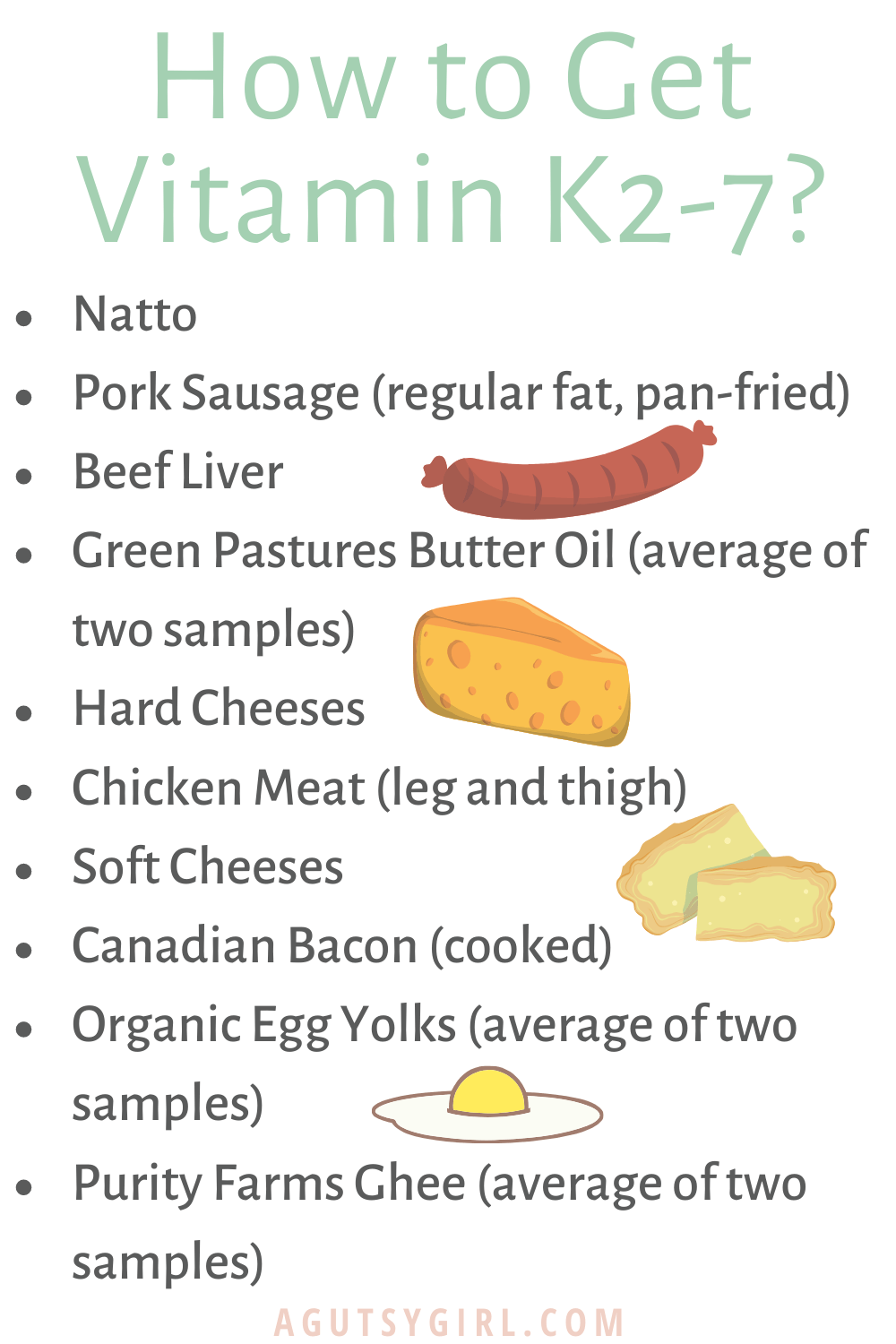 Since it’s a fat-soluble vitamin, it must be eaten with fat for best absorption.

If you want or need to supplement with vitamin K2, I’m a huge fan (obv!) of the Just Thrive K2-7 HERE.

The product gets a 5-star review.

Linda Suibielski says, “I know i feel better. I can’t really explain it. But I have been taking your probiotic as well. My insides are finally happy. Feels like a gift from God.”

And here are some of its attributes:

In addition to the K2, it also contains some K1, magnesium, and zinc (for optimal absorption). 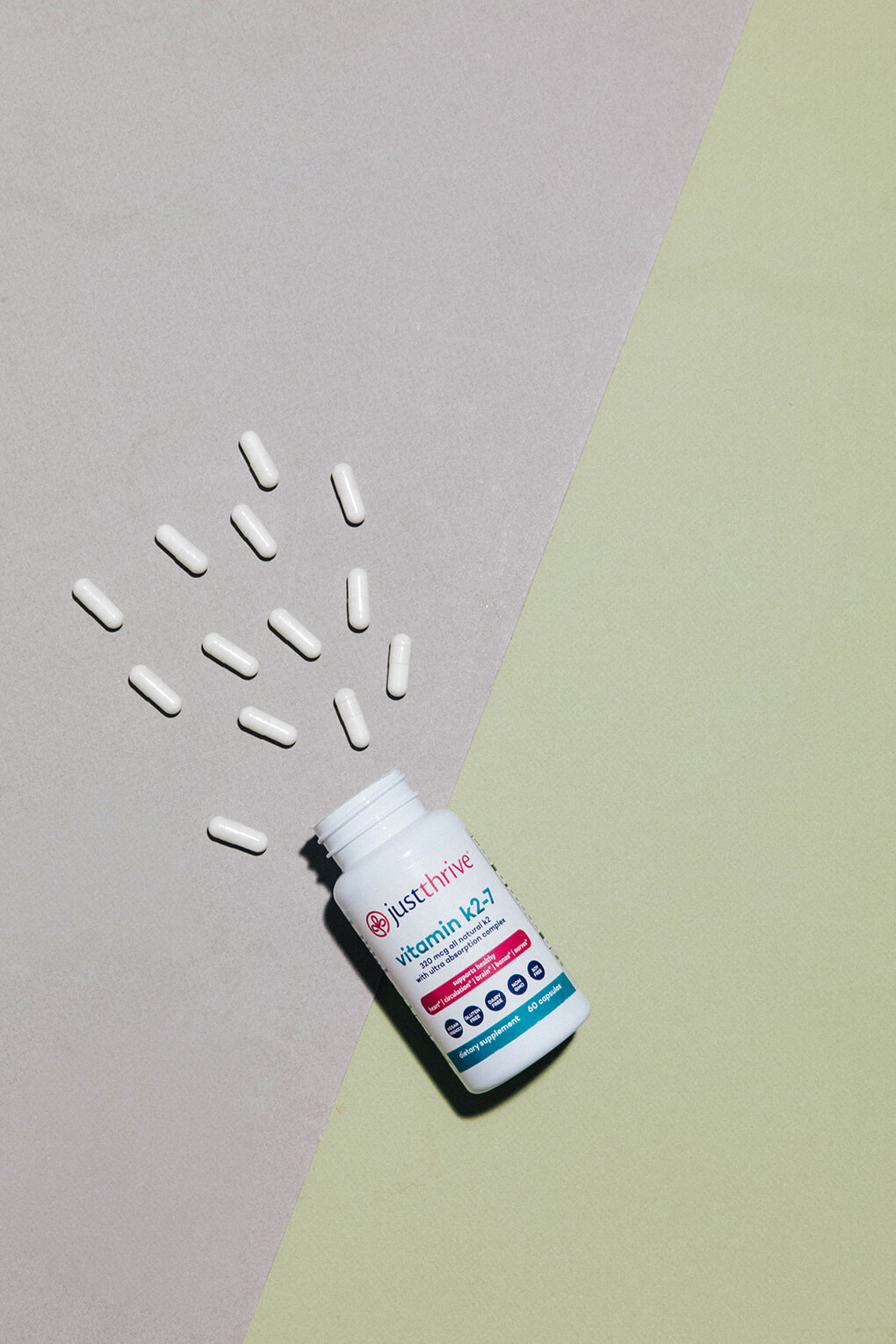