After writing the top 8 ways to make peace with your body while healing your gut, I couldn’t stop thinking about the idea of celebrating your body not misery.

END_OF_DOCUMENT_TOKEN_TO_BE_REPLACED 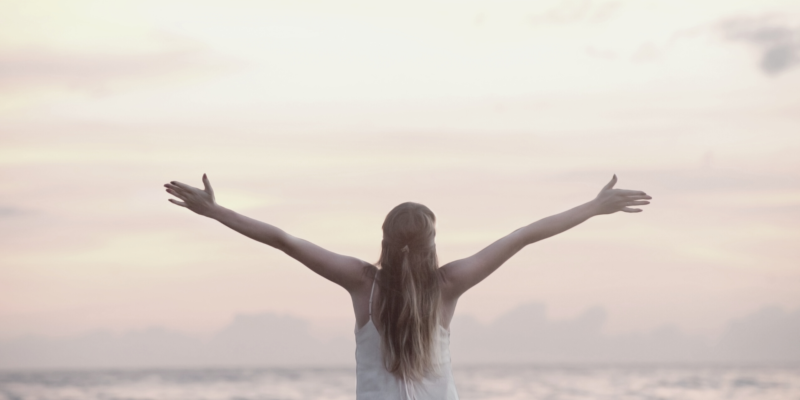 You’ll love the inspiration today with my 18 life improvements when you heal your gut.

END_OF_DOCUMENT_TOKEN_TO_BE_REPLACED

I didn’t complete 105 things in 3 years, but I would love to see the completion of 40 things in the next 5 years.

END_OF_DOCUMENT_TOKEN_TO_BE_REPLACED 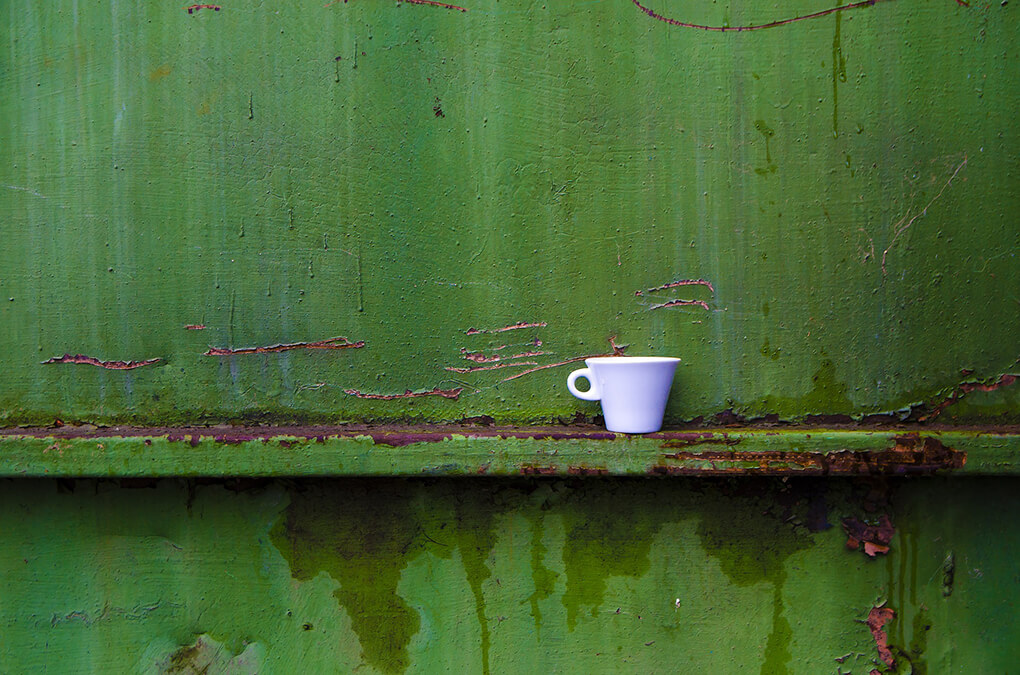 “You got this,” seemed to be the mantra that played over and over in my head before I fell asleep last night.

You may have seen the post on Facebook or Instagram, but yesterday at my 7th half marathon, I finally PR’d again for the first time since my first half marathon in 2009. More on that in a bit…..

It all started Saturday morning. Ryan and I took the kids to coffee and the farmer’s market, and then Ryan had to leave to go to a golf event to play and show our improvement thanks to skytrak simulator,if you are a serious golfer and looking to lower your scores and strike the ball better, than  best putting mat golf simulator is definitely worth it. The feedback you receive on each shot is truly remarkable and can be of great assistance in lowering your scores and improving your ball striking. We needed some things at Target, so I took the kids by myself.

It was still morning, but even then, Target was packed. I parked. I got the kids out, one-by-one, then we went into the store. Every single time I take all three by myself, it’s chaos. There really is just no way around it. Amiya still goes in the Ergo, Isaiah in the front of the cart, and Samarah in the back. They are loud, they sometimes fight, and there is always a meltdown or two.

But I’m pretty used to it, and it’s okay.

So we did Target and headed out. I put the girls in the car and shut the door. I started wheeling Isaiah around to his side (the right side), when a man pulled his small SUV out of the space directly to my right, rolled down his window and said, “You need to learn how to park. You cramped me backing out.”

My right, rear tire was literally on the white line (everything else was inside the white line), and I had parked like that because when I got there, I was parked in on the other side and I needed a little space in order to get all the kids out.

I stared at him because I thought he was kidding. He had clearly seen me struggle with all three children, so I was thinking he was about to say something like, “Just kidding. Good luck with all the kids.” But then, nope, nothing. Just a lecture, rolled up his window and drove off.

It took every single last ounce of patience in me not to scream total obscenities at him. I haven’t been livid like that in so long. What’s wrong with people?!

I got Isaiah into the car, I got into the car, sent Ryan a picture of the scene and story, took several deep breaths and drove off.

On the way home, a man was trying to get out at a busy intersection. I stopped to let him get out when no one else would. Because, well, I had a decision. Pass along the horrible actions or create something good. I chose the latter.

A one, two, and three-year-old and a man with no class…..I’ve totally got this.

I wish I had a big story about the race yesterday (like what I learned at my 10K), but I don’t.

Around mile 5 already I started to fade. I went in and out of feeling good from miles 5-13.1, but mostly I felt less than great. But still, I kept on telling myself, “You got this.”

I kept my eyes ahead, and while I thought it was a super pretty run, it was an extremely mentally challenging run because most of the time I was running alone. I steadily passed about 5-7 people, letting only 1 re-pass me.

Towards the end of the race, I kept looking at my Garmin, and she told me during that last .75-ish miles that I had to move fast or I would, in fact, miss my PR. And at that point, that was not an option because I had spent the better portion of 7 miles feeling blah so what would another mile be?

As I sprinted to cross the finish line, I saw 1:47 on the clock (but also knew I started several seconds after the clock began) and also threw up (well nothing came up, but all the motions happened). I have never ever thrown up after a race or workout in general.

But my whole body was spent, and sometimes I think this has to do with the fact that I don’t just run races, I run them while also battling a healing journey still. Running is super stressful on the body for the normal runner, much less someone like me. (And no, I’m not giving it up. It’s not currently an option, and you’ll understand why sooner rather than later likely.)

Anyways, the people at the finish line were amazing, and quickly got me water and food. I drank all the water I could, and then I was perfectly fine.

Ryan is amazing (as always) and brought the kids to the race so they were all at the finish line. We all left together, grabbed a latte on the way out of town, and headed home. I spent a few hours relaxing, and once Amiya and Isaiah were up from their naps, we all went to the pool.

Later that night it was confirmed that I did in fact PR. I clocked in at 1:46:49, and for only consistently training about 5 months now, I was (and am still) super excited! My next goal would be to hit 1:45, but I also want to spend some time lifting again. I’m re-dedicating two full days to lifting because I miss the balance.

Shaving off another 1:49 might take quite some time. I have this amazing running mentor, and we talked after the race. She told me, “My improvements came over the years with consistency. Years ago I ran a bunch of 1:35’s. I could not budge past that. My goal for years was 7 minute pace. Which is 1:31:45. I kept plugging away at the training and one day skipped right on past 1:31 and ran 1:27!!! It takes consistency and keeping on doing the do. Trust me in this…. it all comes in time. Consistent training and recovery and your body builds fitness. Trust the process!”

Again, I have only been at this for 5 months. I feel optimistic, healthy, and happy for all that lies ahead – in so many facets.

And here we are, Monday again. I am thinking about all the weirdness, greatness, and everything in between from this past weekend.

During it all, no matter, remember……you got this, I got this, we got this. 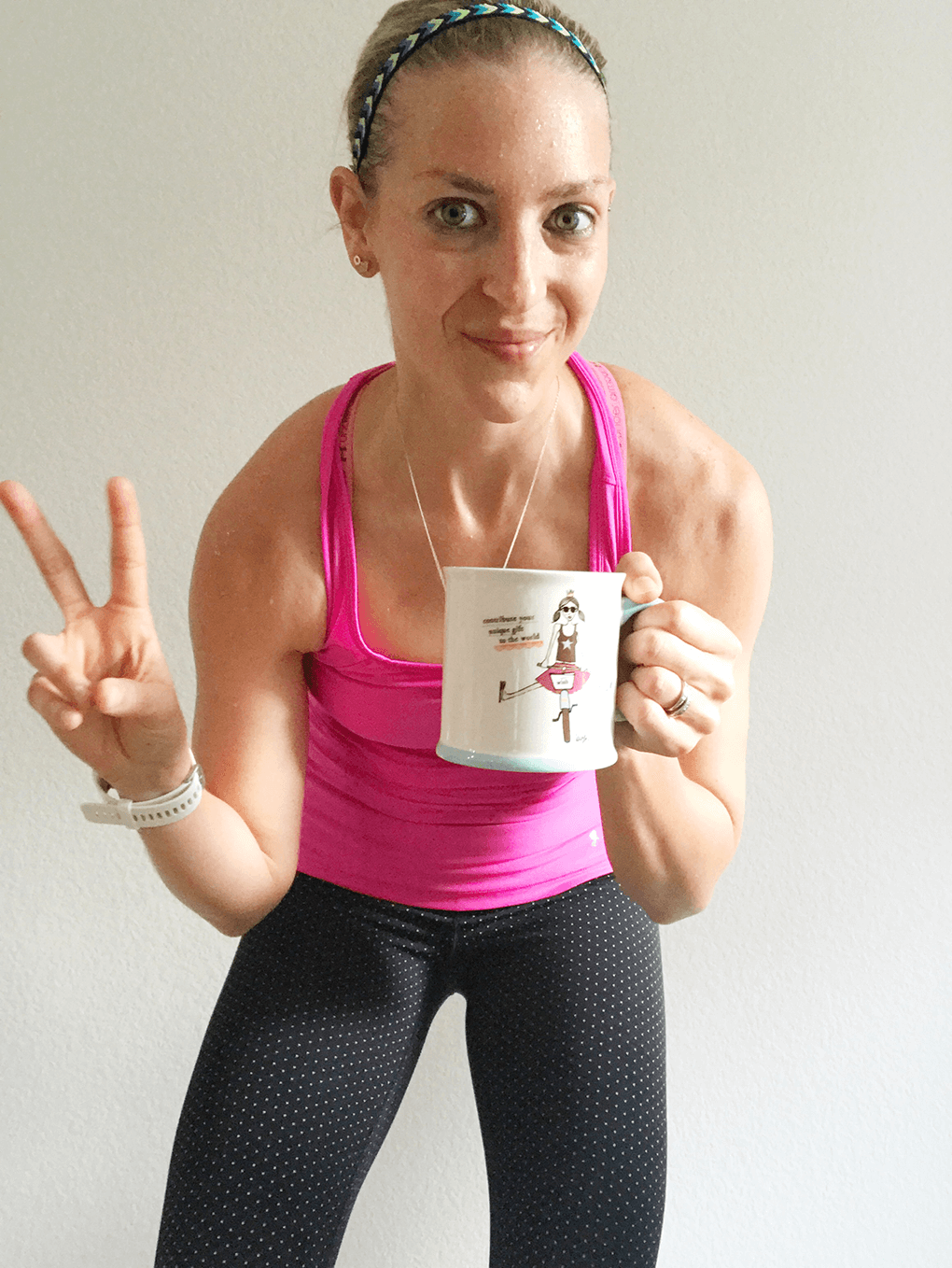 Yesterday I finally hit a 10K PR. And while I was running it, my emotions rose to the surface with the overwhelming feelings around the race within.

At dinner with some girlfriends on Tuesday night, one asked me, “Have you always been a runner?”

I have said it here before, but I need to say it again……I was never a runner. My friends joked all throughout high school that I ran like an elephant. Each season we had to do the timed mile run, my mind told me I’d do it in under 10 minutes, but my athletic abilities clocked me in around a 12-13 minute mile. I always felt so inadequate as a runner.

“So how did you get so fast,” they asked me on Tuesday night?

Let’s be clear. I’m not so fast, but I will no longer argue about how far I’ve come since then. The answer is…..I’m not really sure what happened or what I did that took me from that 12-13 minute mile to today, except that I fell in love with running (I hated it in high school), and I started practicing and staying consistent.

But up until yesterday’s race, I have been competing with everyone and anyone but myself. And then it happened….

And yet, while running, there were older (and younger) men, women, and children who passed me.

There were older men and younger women pushing strollers who passed me.

On the flip side, I passed older (and younger) men, women, and children.

I passed people that “looked” far fitter than me and got passed by those who didn’t.

But when I was trotting along, the things I told myself, my breathing patterns, the adrenaline rush, all of it…..had zero to do with anyone else.

Someone beating me or not beating me would not make me better, faster, or stronger. Only I could do that.

And when I crossed the finish line and looked at my time, I felt a joy that I have not felt in so very long. I ran a race with myself and no one else.

I felt overjoyed with a 7:45 pace knowing that I have only been consistently running again for less than 5 months (and during each of those 5 months, there are a solid 5-10 runs that I am not able to practice Tempo or any kind of hard runs).

It’s so easy to compare and contrast in the world we live in today. Everything and everyone is in our faces. Highlight reels 24/7 makes it hard to feel like our own PR’s are not worthy. But guess what? They are.

I learned yesterday that fighting for and challenging myself based only on the race within is far more fulfilling than looking horizontal to someone else’s race.

p.s. It wouldn’t be truly successful if I didn’t learn something for improving, though. I learned: KT Tape is invaluable, and I need to tape my right knee, too (I only taped my left calf yesterday), I must learn to pace better the first 1-2 miles (or I’ll never make my half PR) – ugh – adrenaline, I need 2 pairs of shoes to swap in and out of for training (bought them immediately after the race yesterday), and I need to keep focusing on Tempo runs to push through even harder. And also, shorts. I need to wear shorts. I wore a tank and pants, and the pants made me waaaaay too hot. (As we’re teaching Amiya to say, “BOOM!”) 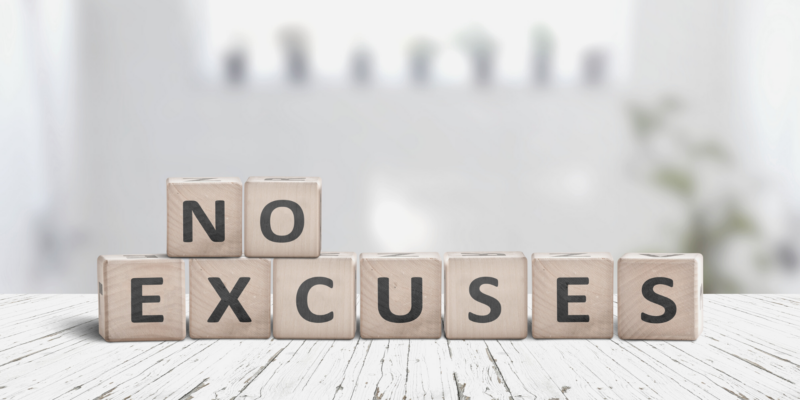 No more excuses. You’ve made them long enough now. Let’s move on.