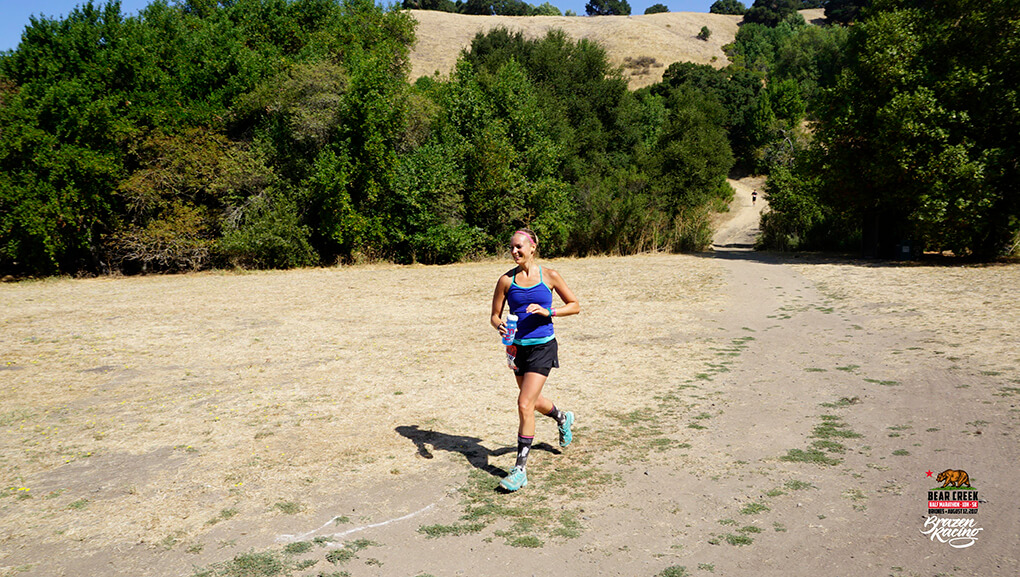 Sigh. I fell in love this weekend with Brazen Trail Racing, and like every other time I fell madly, truly, deeply in love, it was completely out of the blue.

Upon falling in love, I stumbled upon this quote, and it has engulfed every inch of my soul. Right after the San Francisco Half Marathon (not even a month ago), my friend Tami said, “You should totally run the Bear Creek Brazen with us on August 12. It’s a trail race, climbing over 3K feet, and it will be so hard but amazing.” (Side note: This girl right here has also captured my heart. Her attitude, energy for life, and sweet demeanor is incredible.) I barely gave my fears any thoughts, and instead signed up instantly.

From July 24 (the day after the San Francisco half) to Brazen, I did the following to prepare….

A few days prior to the race, though, doubt set in. My energy was low last week, I wasn’t sure this trail running was really for me, and all the snakes and coyote dreams came at me full force.

Race morning came, and I felt excited! What I’ve learned from all the races I’ve ever done is that race morning just straight up ROCKS! I went in feeling like this was going to happen, and it would be whatever I would make of it.

And here’s what happened during that 13.3+ mile and 3K+ elevation climb of Brazen Trail Racing.

And when it was over? No stress-fracture pain. When I woke up yesterday? Still no pain. I did my hardest half marathon yet and came out with only the pains anyone would expect – sore quads, and ankle muscles that were all, “Um, hi. We did work yesterday.” I have been fighting hard to desire to spend the next 3+ months training to PR a flat, road race in the beginning of December. My mind says, “Yes,” but my body says, “No. No, you aren’t currently in a life place to train 30-50 miles a week and commit to everything else that goes along with it.”

Prior to Saturday, I thought those road races were the only way to make me feel like I was working towards the next “thing” for me. But after Saturday’s Brazen Trail Racing, I know I don’t have to fight any longer. I don’t need to run 30-50 miles a week. I don’t need to pound pavement 3-6 days a week. I don’t need to focus on sub-8 half-marathon times (when you trail run, every single trail is different and the change from climbing 1k feet of elevation to 4k feet will not yield the same half marathon pace, no matter what).

The saddest part about Saturday’s race for me was that I have been in and out of love with running since 2008, but I might have experienced the best parts of the sport tenfold had I not let FEAR hold me back all these years.

But now I have the chance to not look back. (And to keep these medals coming 🙂 ) Yesterday (yes, the day post race), I signed up for the next trail race, the Trail Hog Half Marathon on September 2 (yes, like as in 2017, just a few short weeks away).

And I won’t stop there. I am also thinking about doing 5 more Brazen Trail Races from now through January 1, 2018, one of which I am considering powering through to the 30K with over 4K elevation climb.

Oh my gosh…..I’m so excited, slightly terrified, but absolutely beaming! There truly is so much life among tall trees. p.s. I already know what some of you who also have an Autoimmune Condition and/or SIBO are thinking, “But your gut…..” Yup, I’m still thriving. Cracking the code, pushing fear aside, and letting life in – everywhere.

p.s.s.s. Promise this is the last one. I continue to write about my journey with running and fitness in general because there are so many life parallels. When I am in these spaces, I am inspired to share even more about life and Gravel Roads. 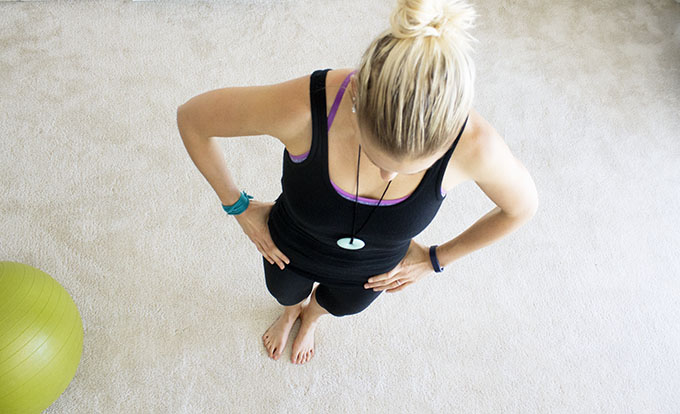 I’m finding comfort in the uncomfortable.

“Did you like your first Bikram class?” Ry asked me.

“I think so. It was hard, but it was amazing. I think I just need to get over the fear of losing my breath and getting too hot. It’s kind of uncomfortable, yet I love it. Addicting.” I responded.

That was Monday night.

Yesterday I went to a 5:30 am Bikram class. 90 more minutes, rising with the sun, basking in the moment.

And yesterday was better.

I began to find comfort in the uncomfortable. Finding Comfort in the Uncomfortable via www.agutsygirl.com” width=”720″ height=”360″>

I’m no stranger to this feeling. I know what it’s like to be uncomfortable. I’ve learned to make uncomfortable a part of the growing me vs. the me that prescribes to the theory that uncomfortable should just linger. In a very real way, that is extremely comforting.

Finding Comfort in the Uncomfortable

Colitis and battling my gut is uncomfortable. Having the tools, desire and commitment to healing it is comforting.

“When are you guys having kids?” is uncomfortable. Knowing the direction we are headed towards is comforting.

Realizing that so many people know so many stories about my life through my blog is uncomfortable. Receiving emails of hope, inspiration, and gratitude for these stories is comforting. Launching a loving spoon, and learning to navigate a food business is uncomfortable. My “why” and passion for the business is comforting.

Each moment during Bikram that is filled with fear and an uncomfortable state only reminds me that I’m living, breathing, healthy and so happy.

It’s in those moments when I can’t help but remember that there’s always comfort in uncomfortable, and uncomfortable does not last forever.

Uncomfortable only lasts as long as we let it….or until class is over 🙂

It’s Saturday, and what better way to kick off the weekend than with the thought of creating an om habit for yourself?

Some of you may be scared away by those two words, thinking that by “om” I mean yoga only – in weird, strange and perhaps even uncomfortable positions. Stick with me because I don’t.

The om is a calm and peaceful state-of-mind. It’s finding your zen and the point to where relaxation becomes reality. Not only does relaxation becoming reality sound pretty, but this point can stave off sickness and help with weight loss.

Some ways to transform “om” into habit include:

Even things as simple as:

Getting into your own om habit, whatever that looks like to you will leave you feeling more peaceful, calm and happy all around.

Question: Do you practice an “om” habit?

Learn more ways – 28 to be exact – to combat stress HERE.