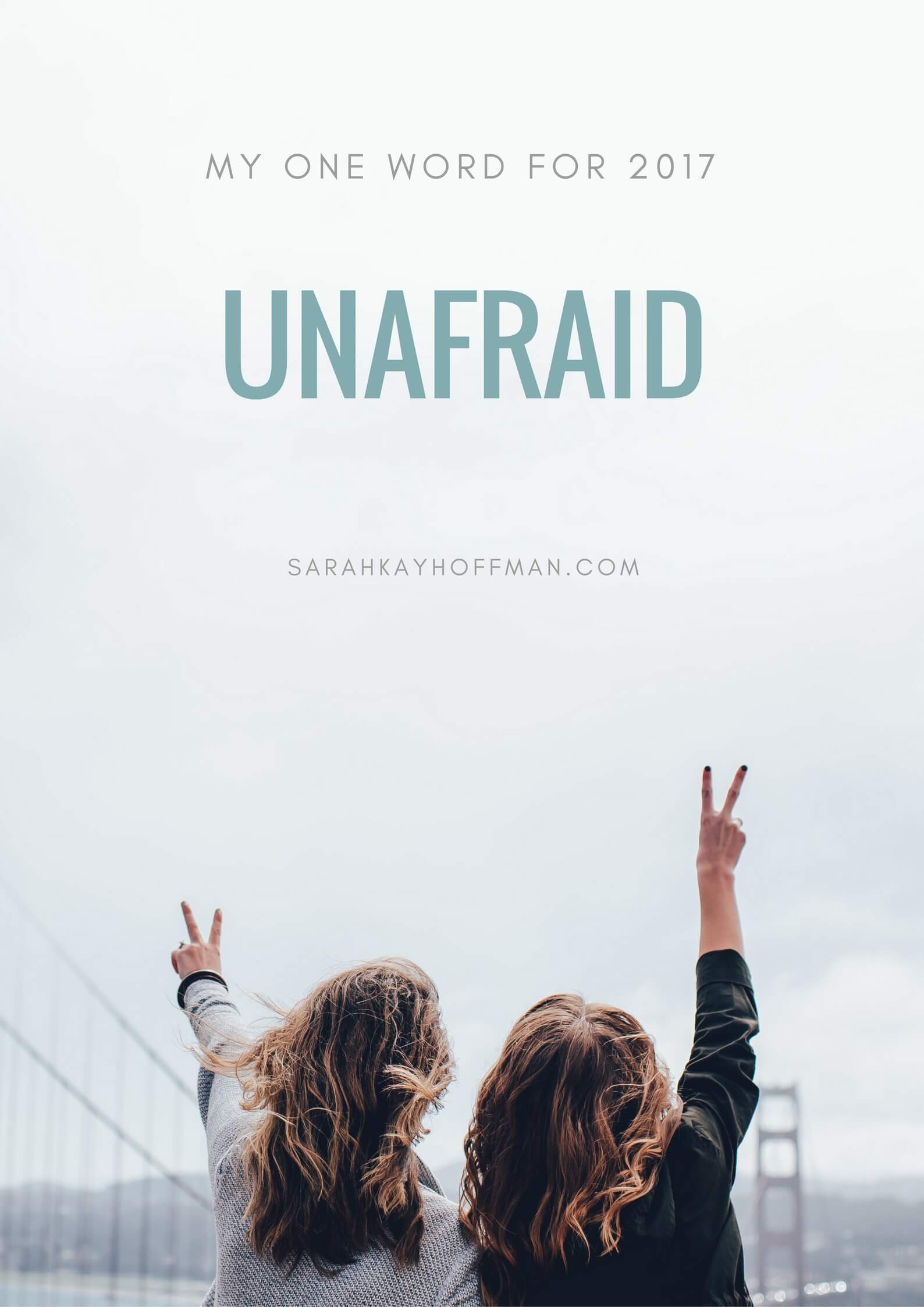 I have, almost literally, been paralyzed by fear nearly my entire life.

Living a fear-based life has affected every single piece of my life, from my daily activities to my relationships and overall health.

Nelson Mandela has a beautiful quote that says,

May your choices reflect your hopes, not your fears.

And The Bible has an even better one,

Who of you by worrying can add a single hour to his lifespan? Matthew 6:27 A few months back I began a new journey in my life, one in which I should have begun long ago, but did everything in my power to avoid.

I finally sought the professional help of someone to address these fears. There is no shame in me telling you this because what I began to accept from the beginning of this journey is that the very act of feeling shame or guilt is only fear creeping into my life and paralyzing me even more.

My book, Gravel Roads will see this through in detail, but how it relates to my one word and 2017 is that I am ready to stop living based on fear, and instead living in a way that says I don’t need to control every single step of every single day out of fear for what could happen.

I can live unafraid, and really live, for all the millions of things that could happen.

It’s a funny thing, isn’t it? We either live with fear or fearless, but either way, something could happen, the possibilities are endless. Seems so much more peaceful to attempt fearless, being unafraid.

I mentioned my 2017 personal goals yesterday, but most of those don’t really take any act of courage. ere are some 2017 goals that

Here are some 2017 goals that will take courage:

Back in sunny #California means back to road #Running. It was such a beautiful #Run this morning. Was supposed to be just 5 miles, but I couldn’t stop. A hard, not grueling run, and when I saw the average 8:13 pace I realized that that’s *exactly* what I will have to hit for 26.2 miles at #CIM2017 to qualify for the #bostonmarathon. Whew! I can, I can, I can ???? Time to go grocery shopping…… . . #Runchat #Marathon #15k #halfmarathon #motherrunner #Paleo #Healthy #Wellness #Fitness #Fit #irun #runitfast #Eat #Fitfluential #IIN #inspire #Quote #Quotes

I have been afraid of heights my entire life, so we are entering the lottery to hike Half Dome. (We = Ryan and I — do you see the things I get him to do with me?! We might also mean the addition of my brother, who is also afraid of heights, and who I would love to have join us!)

I want to do another Spartan Race because I’m trying to get over the fear of that cold water, but currently, the one I want to do is one week after my March 1/2 marathon, so I’m still debating.

Ryan and I have been building out our home gym, so I began creating some lofty strength goals as well (I’ll hopefully share those at some point, too).

And remember those snakes? Well, I’m going to start hiking period to prove that not every single time I step on a trail or anywhere a snake might exist will I see one (and then will it bite me).

This is my start, and I’m praying that 2017 sees me to living a full life, unafraid, in all aspects of my life.

Ceci’s friend gave her this for Christmas, and I grabbed it from her immediately and took a picture. p.s. What I’m not afraid of anymore? Food! I don’t count calories, fat, carbs or anything any longer. I watch what I eat to the degree that I medically need to, choosing the foods that help me feel my very best (+ fuel me to run, run, run)….AIP Bread anyone?!